Gov. Herbert to be honored for his work on behalf of refugees 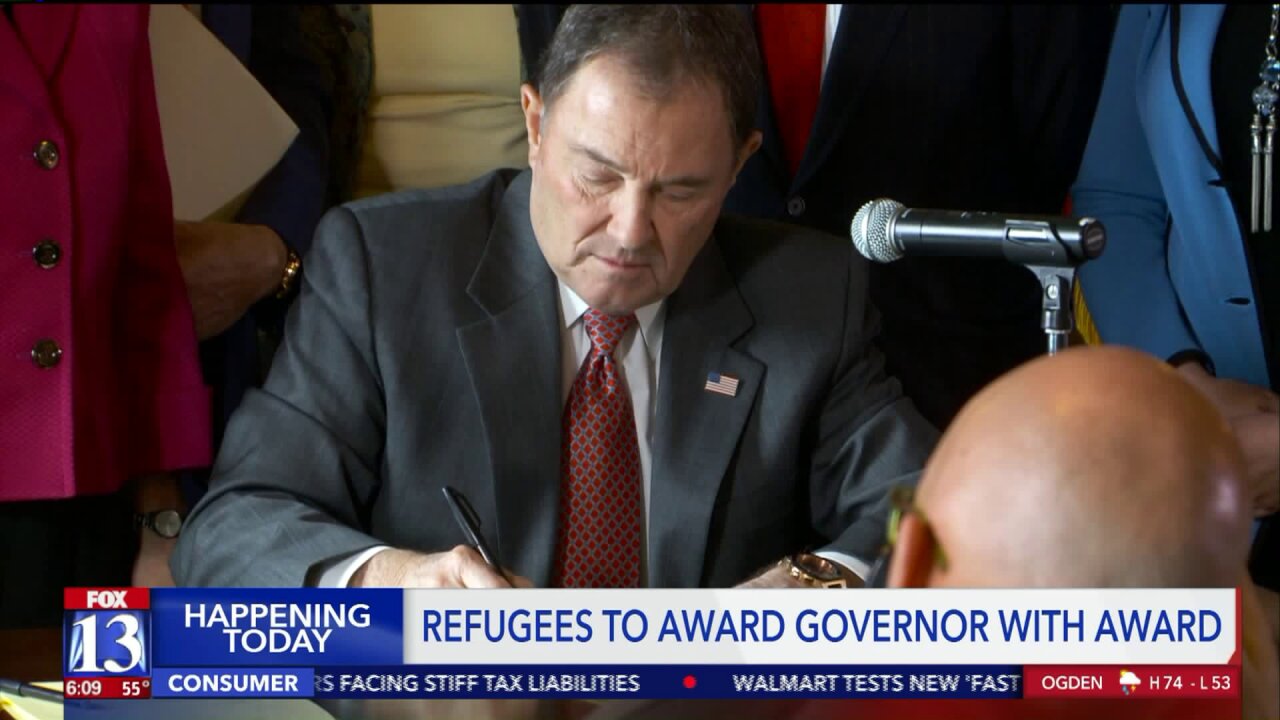 For the 65,000 refugees who call Utah home, many feel the Governor has not only opened the door but has provided them with the support they need to thrive in their new surroundings.

The refugee community will present Herbert with a Lifetime Achievement Award Friday morning.

Herbert has a track record of welcoming refugees from all over, including Syria and other Muslim countries despite the uncertainty for refugee support in the US.

Two years ago he signed a minority and refugee resolution called Guarding the Civil Liberties and Freedoms for all American People.

The governor has been a big proponent of helping refugees integrate into their new homes—providing them resources to find jobs, housing, and learn language skills.

The award will be presented Friday at an event that begins at 8:30 a.m. in Salt Lake City