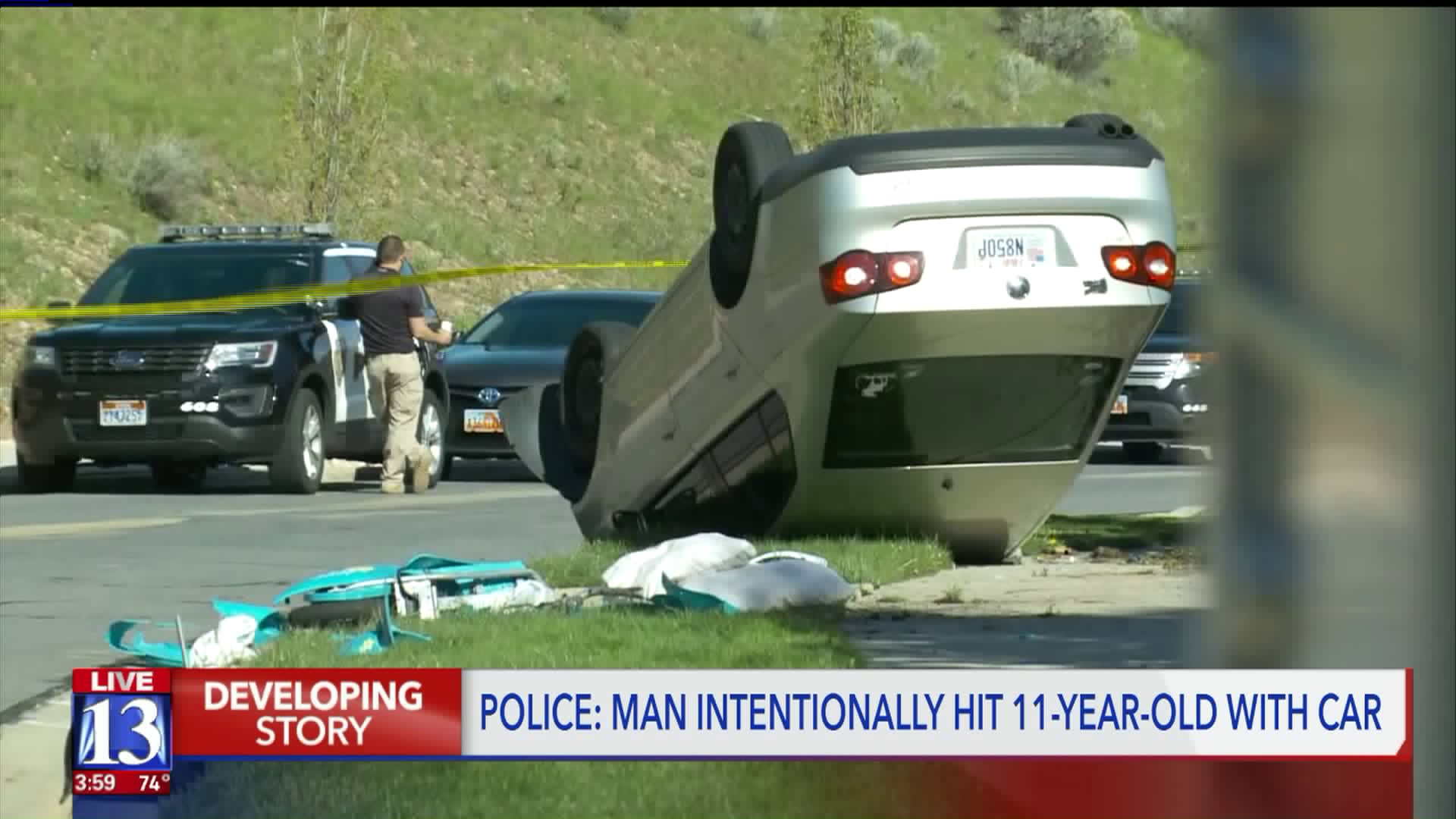 Draper City Police say a collision between a car and an 11-year-old girl on a scooter Friday morning may have been intentional. 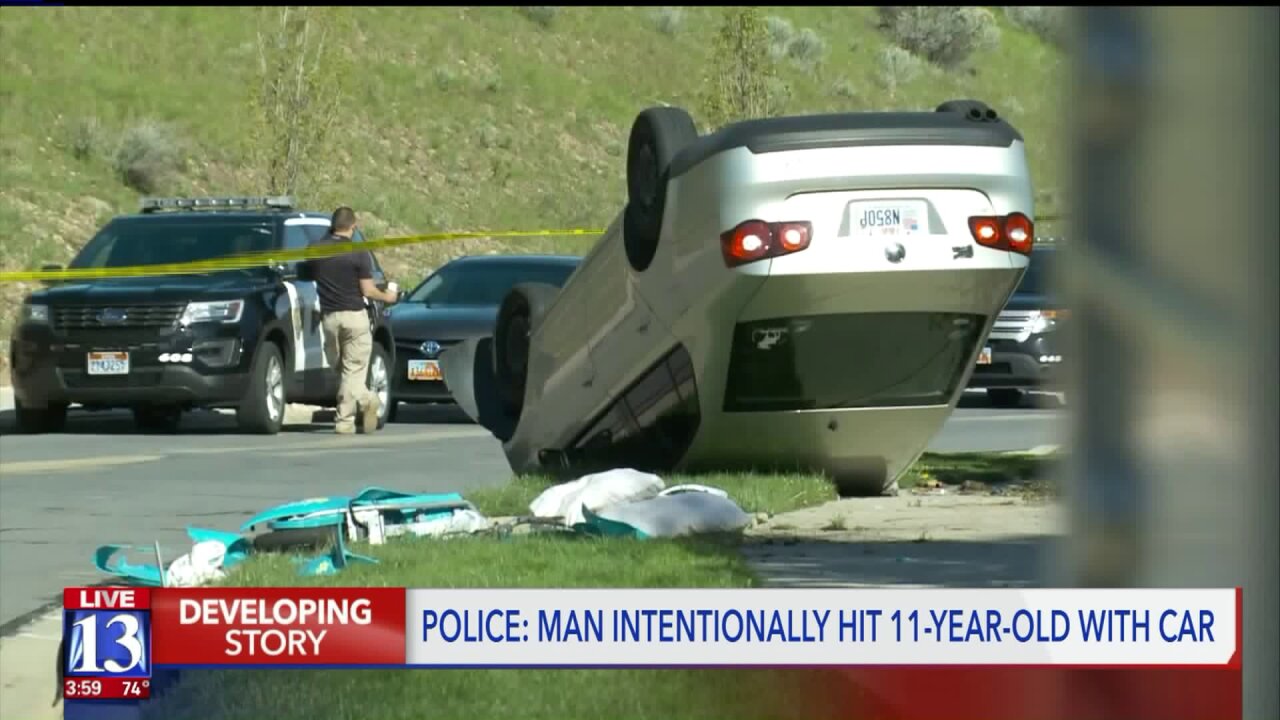 DRAPER, Utah -- Police have arrested the driver who they say intentionally hit a girl on a scooter Friday morning in the Suncrest area of Draper.

Police say Becky was driving a Volkswagen Jetta north on Winged Bluff Lane at about 8:30 a.m. when he collided with an 11-year-old girl heading south on an electric scooter.

The girl was taken to Primary Children's Hospital and is in serious condition. The Jetta went into a nearby front yard, hit a landscape boulder, rolled and landed upside-down on a grass parking strip. Becky was taken to the hospital in good condition.

"The initial investigation suggests this may have been an intentional act," the department stated in a press release.

Eining said the incident was captured on a home security camera. He also said Becky was staying with relatives in the area, and although not related to the girl, Eining said  Becky knew who she was.

The girl was wearing a helmet, which police say may have prevented even worse injuries. 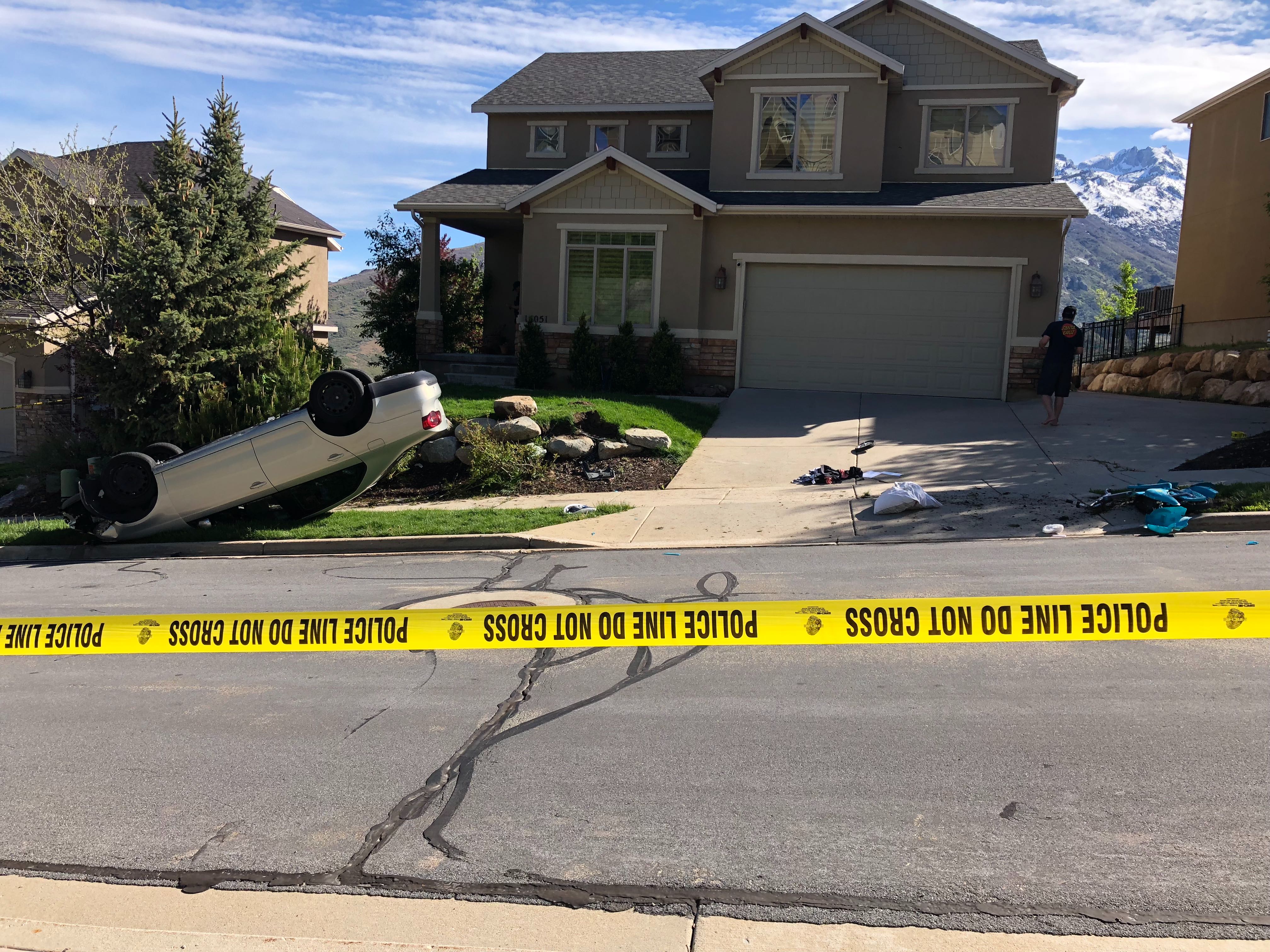