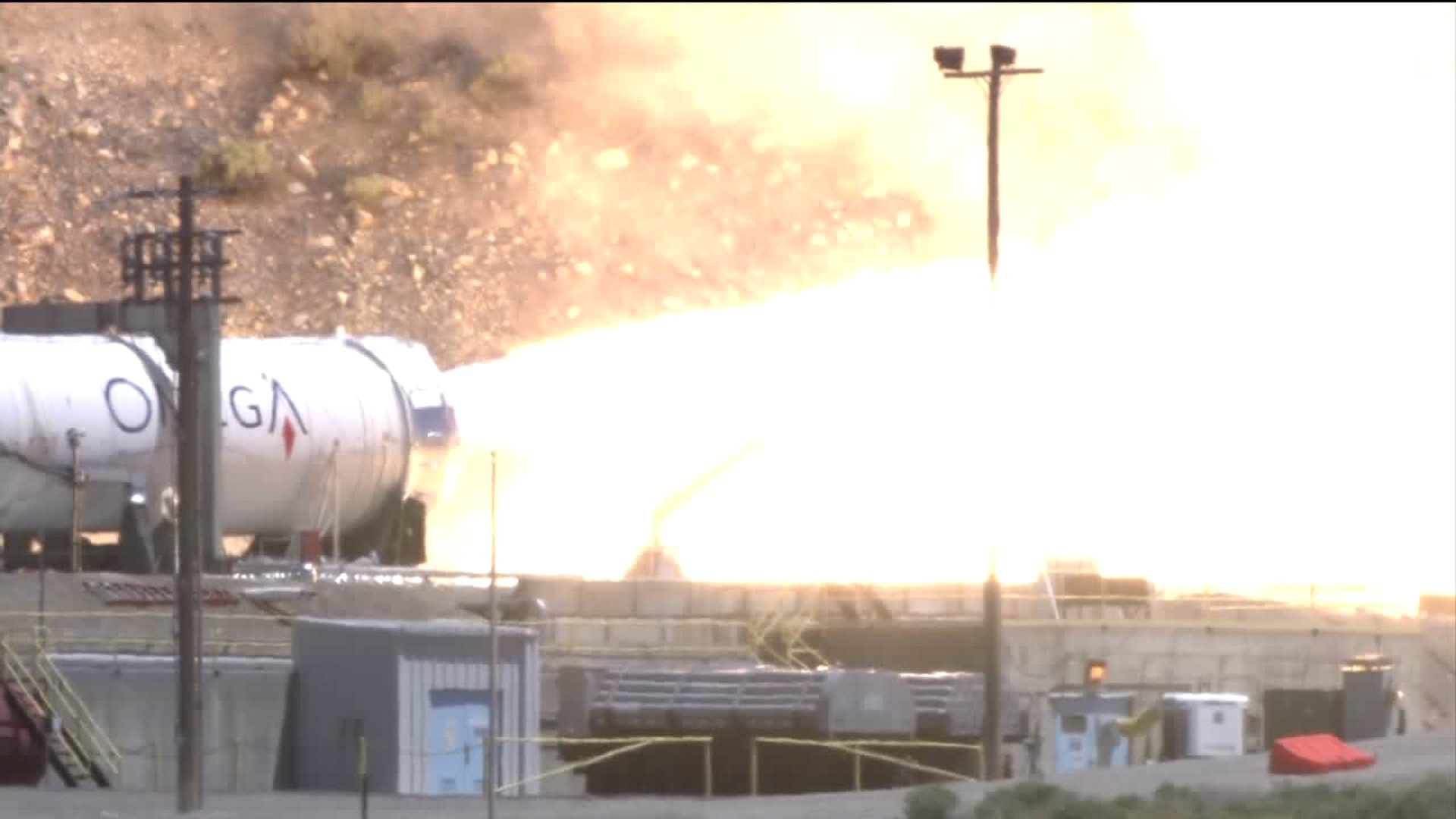 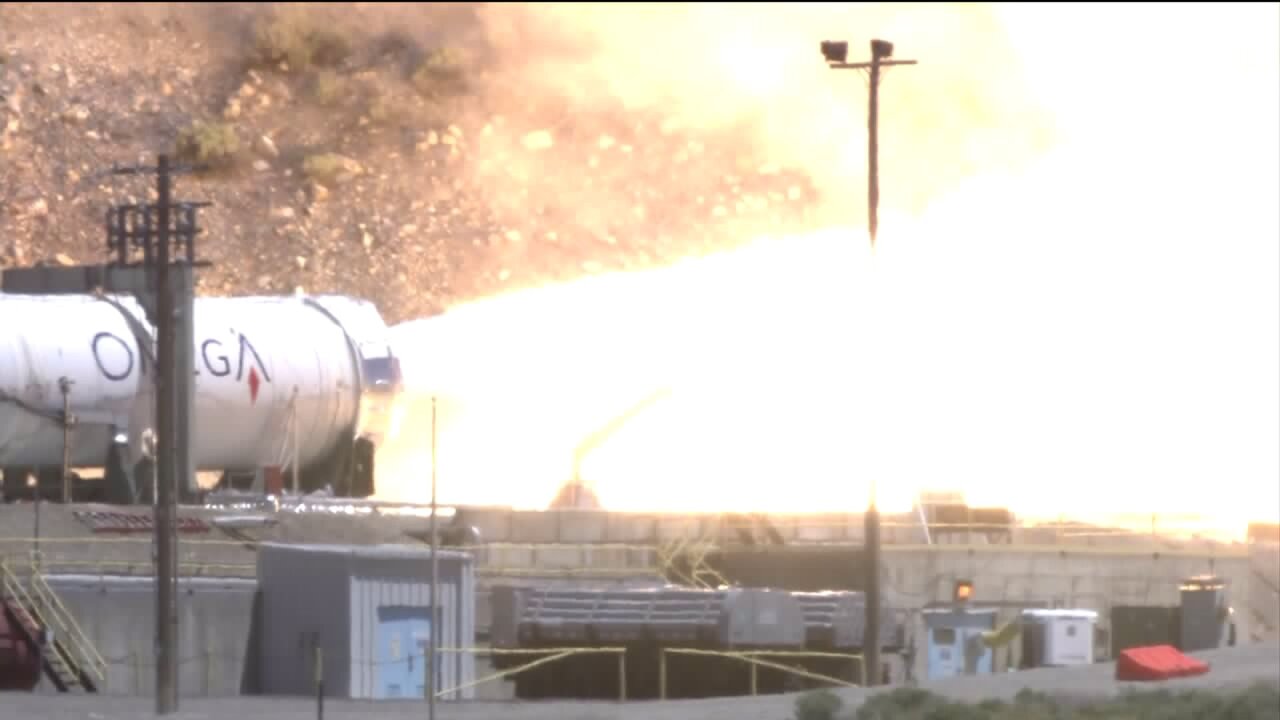 The rocket is a new intermediate-to-heavy class rocket intended for security missions.

"During today’s test, the first stage motor fired for approximately 122 seconds, producing more than two million pounds of maximum thrust—roughly the equivalent to that of eight-and-a-half jumbo jets. The test verified the performance of the motor’s ballistics, insulation and joints as well as control of the nozzle position," a news release from the company said.

Use the video player above to watch the rocket test. In the video, about two minutes into the test, some debris is seen blasting away from the nozzle.

"At the very end, when the engine was tailing off, we observed the aft exit cone, maybe a portion of it, doing something a little strange that we need to go and further look into," said Kent Rominger, Northrop Grumman's vice president of strategic programs.