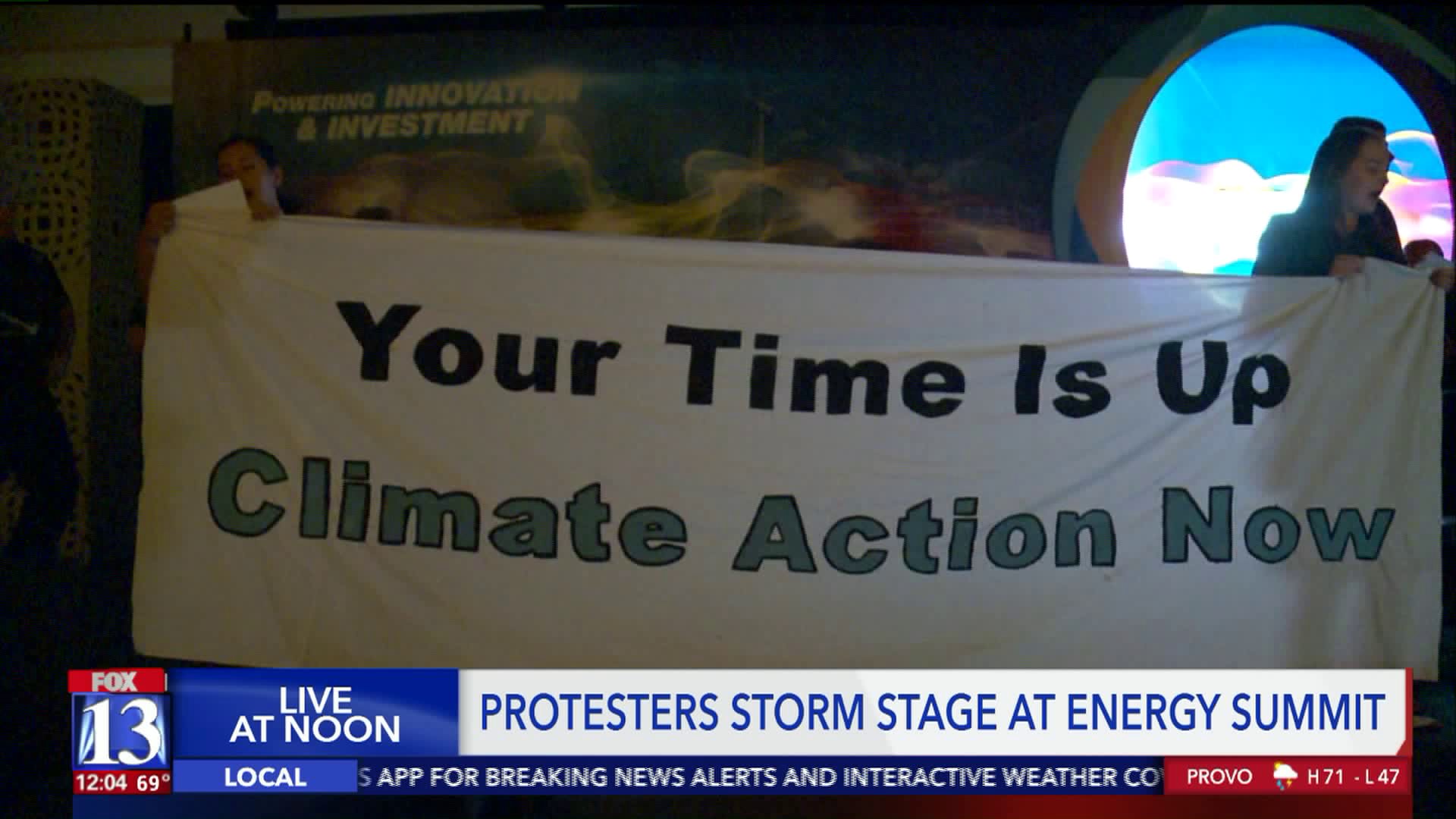 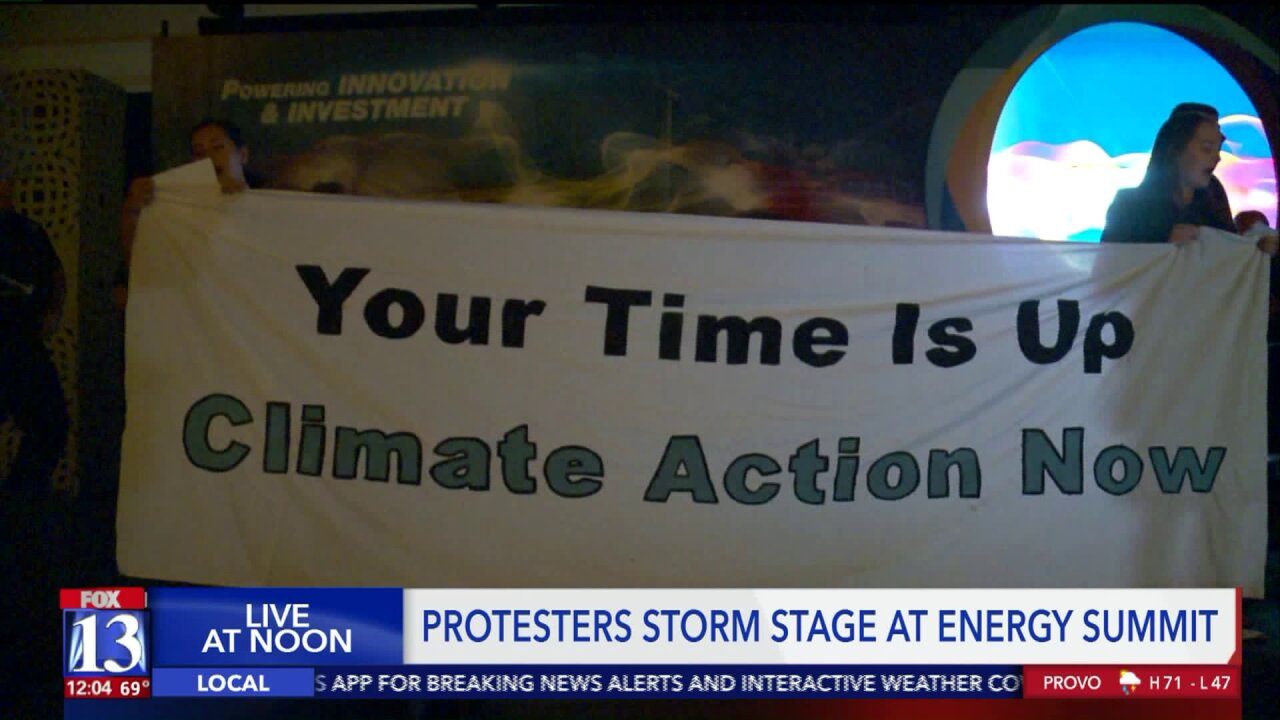 The protesters, primarily young activists from around Utah, set their cellphone alarms to go off at the same time, then unfolded large banners that said "Your Time is Up, Climate Action Now" and "Invest in Our Future, Not Climate Chaos." Other, smaller signs depicted clocks with the the words "11 Years" painted in the center.

According to a news release Wasatch Rising Tide, the organization behind the protest, eleven years is "the time period the Intergovernmental Panel on Climate Change says society must transition to renewable energy to prevent climate catastrophe."

The first is the installation of new technology at an energy facility in Cove Fort.

The second is the creation of the world's largest renewable energy storage facility in central Utah.

"In the world’s largest project of its kind, the [Advanced Clean Energy Storage] initiative will develop 1,000 megawatts of 100 percent clean energy storage, thereby deploying technologies and strategies essential to a decarbonized future for the power grid of the Western United States," a news release from Mitsubishi Hitachi Power Systems said.

The Governor's Office said Thursday's energy summit is the largest event of its kind in the west, drawing in more than 1,000 attendees and 65 speakers from around the world. The purpose is to discuss new ways to achieve a sustainable energy economy through investments and other partnerships.