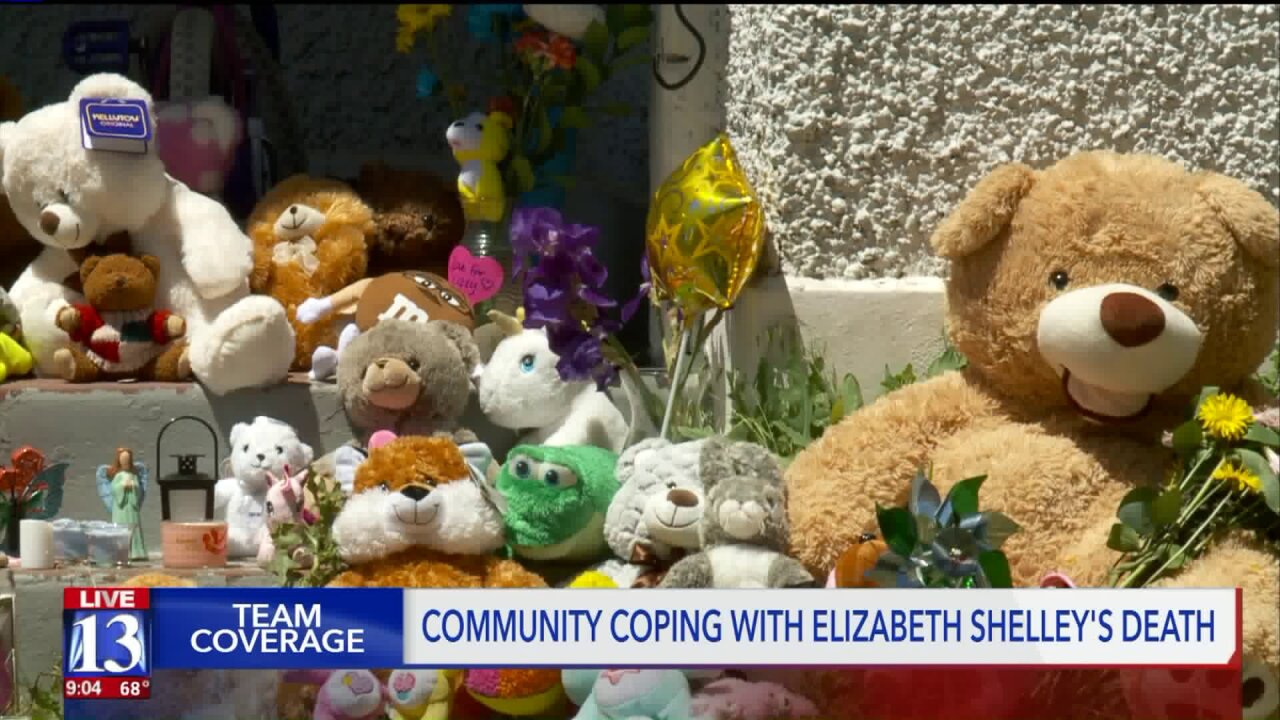 LOGAN, Utah — Cache Valley residents have been paying tribute to Elizabeth Shelley through song, social media, a memorial at her home and even tying rainbow ribbons on trees to show support.

"The impact of just her beautiful soul, all of us as parents, we can relate to that and imagine what that would mean to this family," said Joan Liquin, executive director of the Cache Children's Justice Center.

Liquin has been with the family since Saturday and said leaving them that first night was hard.

Logan City Police Capt. Tyson Budge said the case's impact has been devastating on his men.

"I watched officers walk away and have to have a moment," Budge said. "And so obviously the human nature of this thing is, yes we`re the police and yes we`re supposed to be strong but we`re human and these officers had human emotions and difficulty dealing with the reality of now what was before us."

The community is still rallying around the Shelley family, first responders and those helping these people through this tough time.

"I think that community support and that outpouring, not only is it there for the family but we feel it as well," Liquin said.