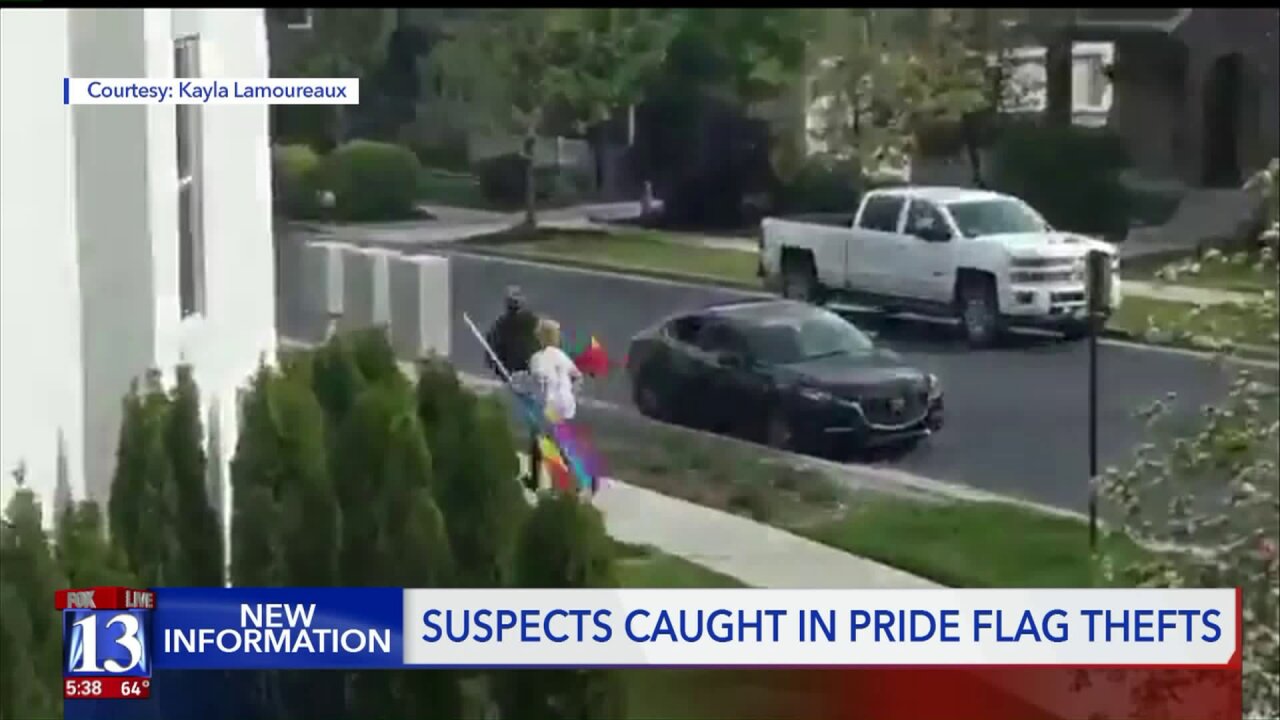 Cell phone video recorded by a Daybreak neighbor cracked the case, according to Lt. Matt Pennington with South Jordan Police.

Recorded in broad daylight, police were able to get a partial license plate and a good look at the suspect’s vehicle. A teen could be seen stuffing a pride flag inside a black sedan.

"We are thrilled to learn the wheels of justice have turned pretty quickly here," said Jim Thompson, who had his pride flag stolen on the same block earlier in the week.

A patrol officer tracked the car to a South Jordan home. Inside, they found the three suspects and about a half-dozen pride flags. Police believe the teens are the same seen in Thompson’s surveillance video when his flag was stolen right out of his yard.

“We felt like we were being targeted, that this is not just kids being kids, it was something more than that. We really did,” Thompson said.

Investigators haven’t ruled out if the stolen flags were just a teenage prank or an LGBT hate crime. If so, the suspects could qualify for an enhanced penalty after a hate crime bill became law last month.

"When you target a specific group of people for a specific reason, that’s a problem. You think it is fun and games and it’s a flag but flags hold value," Pennington said.

Detectives are making a case against the suspects that is expected to be reviewed by Salt Lake County District Attorney for any possible charges.