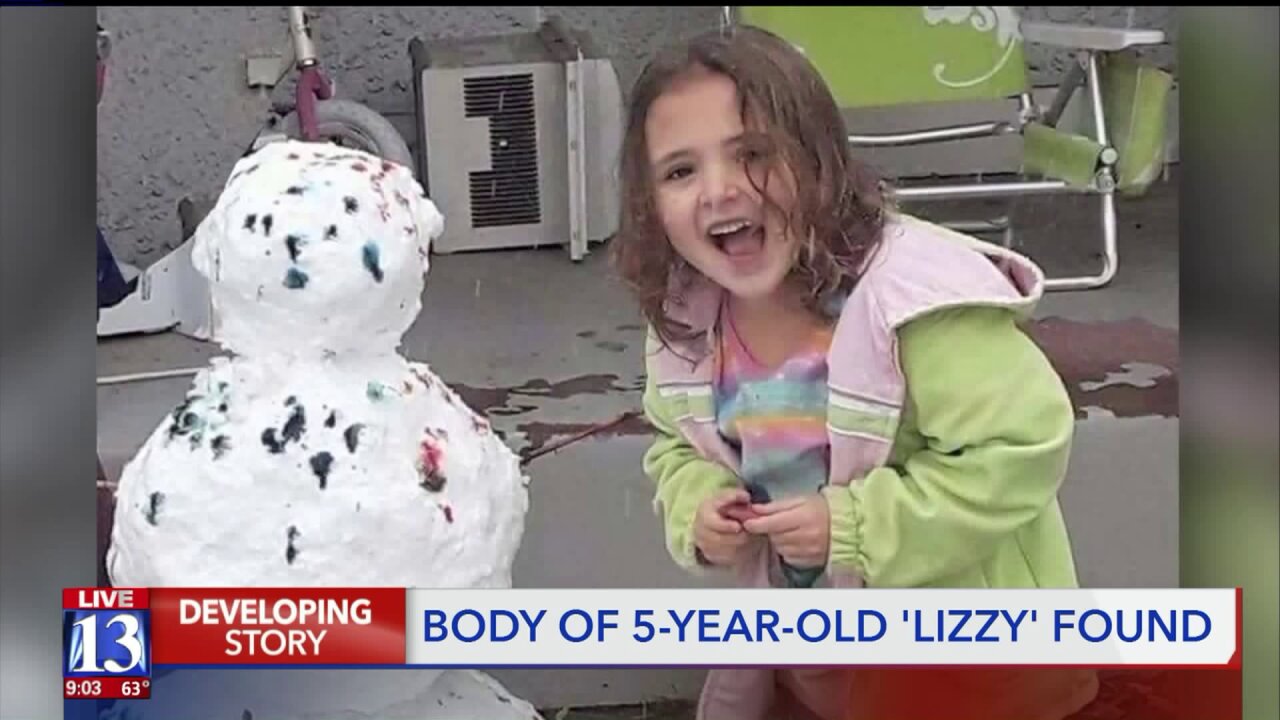 LOGAN, Utah — Neighbors are grieving after the remains believed to be of a missing 5-year-old girl were found less than a block away from the girl’s home.

People who live nearby are shocked by the tragic turn in this case.

“I was at work and I got a call from my wife. She said, 'there are police swarming everywhere,'” said Nicholas Hartman, who lives in a home with a yard adjacent to where the body was found. “I’m terrified that something like this could happen in such a small town as ours.”

Investigators secured the crime scene for hours as they collected evidence.

According to Logan Police Chief Gary Jensen, investigators were led to the area after Elizabeth’s uncle, Alex Whipple provided them the location where the remains could be found.

Whipple, who has been charged with Elizabeth’s murder, gave the location in exchange for the death penalty being taken off the table.

The discovery is the ending Elizabeth’s family and neighbors have dreaded.

Through a family spokesperson, Elizabeth’s mother said, “There are not words to express the sadness and the heartbreak we feel today. Lizzy was such a caring and giving little girl. We hope to look to her as an example of how to live.”

As police cleared the crime scene, Jensen said the investigation is only beginning.

Neighbors are returning to their homes, realizing nothing on their street will ever be the same.

“When I came home today, my son’s asking me, ‘is this about the little girl? Is she ok dad?’” Hartman said. "He’s only five. When I told him no, he started crying. I couldn’t stop crying either.”

The Cache County Children's Justice Center states a donation account has been opened for the family at Zions Bank in the name "Elizabeth Shelley Donation". There is also a GoFundMe page.