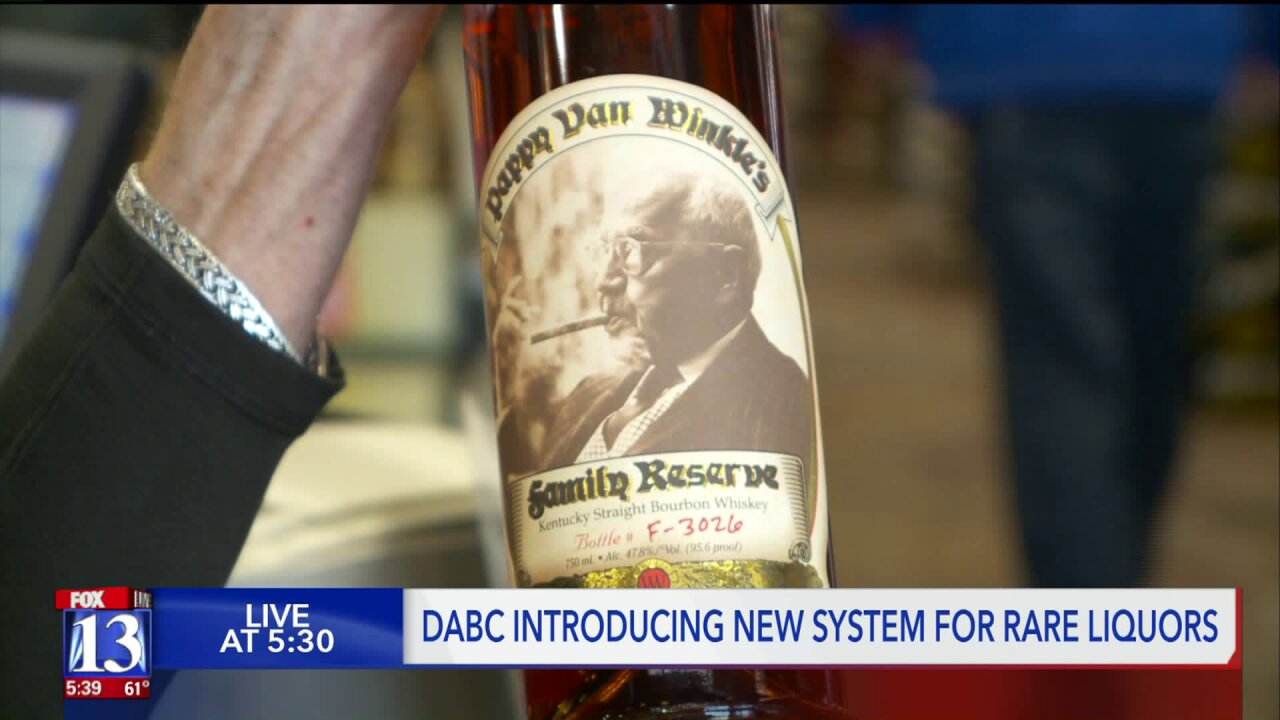 The DABC is creating a sort-of lottery (but they can't call it that because lotteries are illegal in Utah) to randomize how customers can get in line for rare bottles.

FOX 13 first reported on the issue in 2014, sparking mad dashes to state-run liquor stores. Because of a loophole in Utah liquor laws, people can buy many expensive alcohols at a cost significantly less than other states. For example, the highly-coveted Pappy Van Winkle can sell for more than $1,000 in other states. But Utah liquor laws dictate alcohol be sold at cost plus 88% markup. That means it would sell for about $150.

The DABC has been besieged by complaints about how it's handled the distribution of Pappy, which spread by word-of-mouth to select people, leaving others out. State-run liquor stores have seen long lines for people waiting to get a coveted bottle, only to leave empty-handed.

Now, the agency is going to create a "lottery" system similar to how Utah's Division of Wildlife Resources hands out permits for the deer hunt. It would be randomized to ensure fairness in who gets a bottle.

People can sign up on the DABC's website to get in line. Software will randomly draw from that pool of applicants. One rare bottle will then be shipped to the winner's local liquor store for them to pick up. DABC employees, commissioners and their families will be forbidden from participating in the drawing. So will liquor licensees. The drawing is also only open to Utah residents and military personnel who can prove they are stationed in the state.

"What this does is take all the running around and chasing and whatever traffic violations were occurring," Meier said. "Hopefully, we're minimizing some of that."

Re-selling of alcohol by private individuals is illegal in Utah.

The DABC plans to test the new system next month when it offers a slightly-less rare alcohol.

Because the state controls liquor sales, Utah is still losing money on the sale of Pappy and similar alcohols. But Sen. Jerry Stevenson, R-Layton, who oversees liquor legislation on Utah's Capitol Hill, said he was not concerned.

"That's one of those things if we tried to fix that, we'd be tripping over dollars to pick up pennies," he told FOX 13. "Not a big deal."