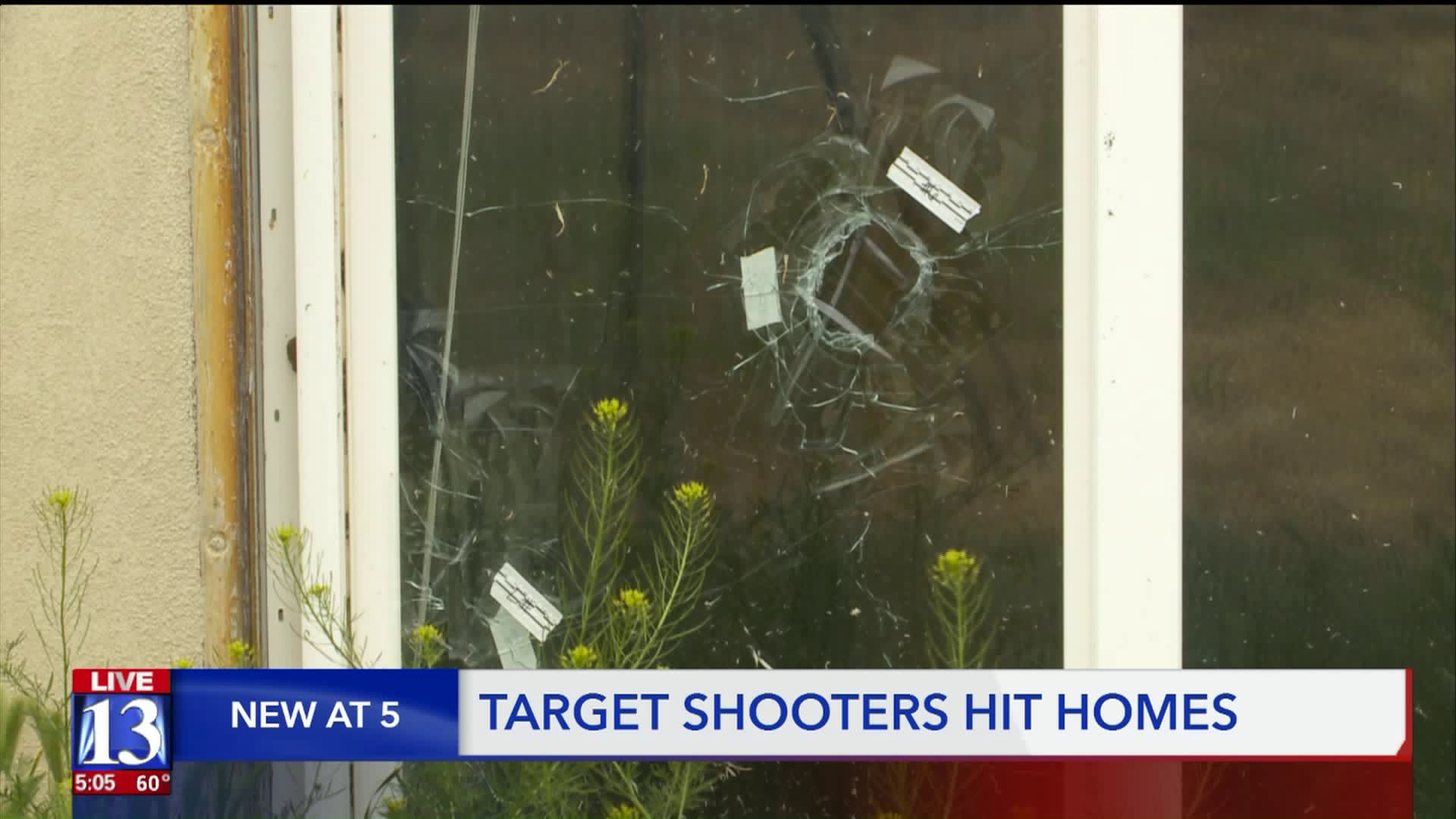 Some houses in Weber County were hit by stray bullets when target shooters didn`t set up a backstop. 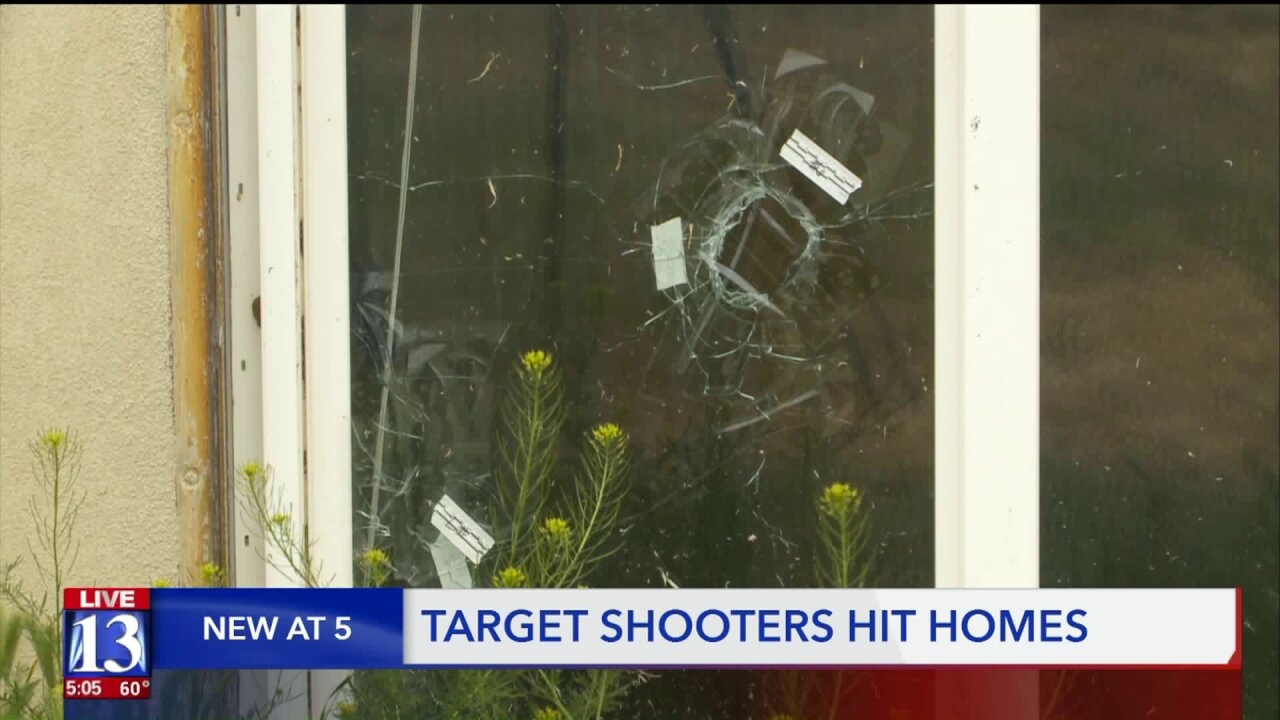 WEBER COUNTY, Utah — Two homes and a car were hit by bullets over the weekend when a group of target shooters forgot to set up a backstop.

One resident, who asked not to be identified, said she was standing in her kitchen when she heard bullets hit her window.

“It zapped and it’s crackling, and it was really fast,” she said. “If it had went through both windows, it would’ve hit me.”

Taking her grandson to the basement, she waited as seven shots hit her house.

“It was pretty scary,” she said. “We just didn’t know who was shooting at us.”

But her house isn’t the only one with battle wounds.

A bullet went through the house behind hers, going through a wall, window and door. Minutes away, at the West Weber Cemetery, a woman sitting in the passenger seat of her car watched as bullets flew through the hood of her car.

Lt. Cortney Ryan with Weber County Sheriff’s Office said she reported to police who were dispatched to the area around 5 p.m. Saturday.

“They weren’t sure if this was an active shooter situation or if people were targeting people or if it was some neglectful target shooters,” Ryan said.

When officers tried to make contact with the shooter, Ryan said they found themselves stuck in the middle of a crossfire.

“At one point, they had to get down behind some logs, and they could hear the bullets whizzing over their head,” Ryan said.

When the shots finally stopped, police made contact with a group who were target shooting without a backstop.

“They were using some pretty high powered rifles and are pretty lucky no one was hurt during this whole target shooting episode,” Ryan said.

Weber County Sheriff’s Office is working with the city on what charges to give. Ryan said they face possible charges of reckless endangerment.

Neighbors said they are not pressing charges because it was an accident and no one was injured, but they are asking the target shooters to pay for the damage.