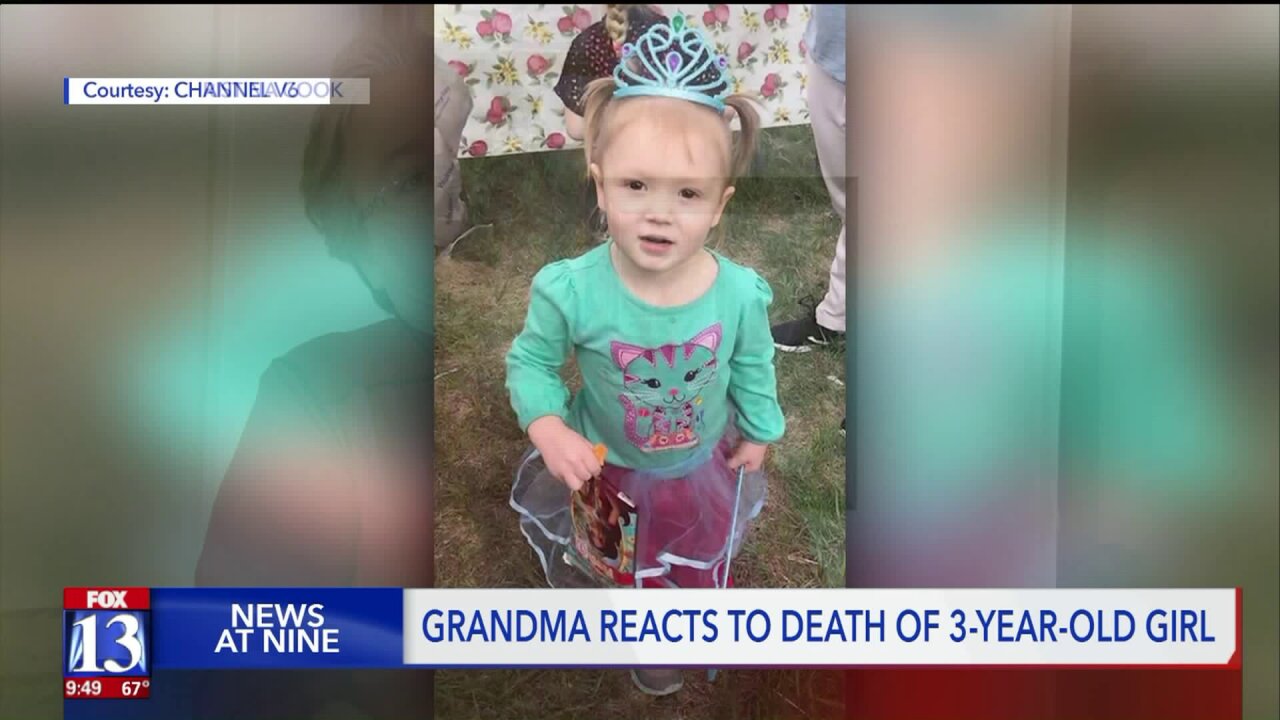 This story was reported in partnership with Channel V6, based in Vernal.

VERNAL, Utah — Arianna Stout spent every other weekend with her grandmother, Christina Cook.

"She was just the most beautiful little redhead angel that was born," Cook said.he was one of those little girls that went out of her way to make sure that the other person was happy'

But in March, just months before her fourth birthday, Arianna died.

At a press conference Sunday, assistant Chief of Vernal City Police Keith Campbell said investigators had received the final pieces of information needed for the case on Thursday.

Mckenley Yadon, Arianna's stepmother, was arrested on suspicion of aggravated murder and child abuse, according to a police probable cause statement.

"This is just something I wouldn't wish on anybody, not even my worst enemy," Cook said. "It's just unbearable. It really is. It's unbearable."

At the time of her death, Arianna was in the sole care of Yadon, who told police the toddler choked.

"We didn't see any signs of her being abused," Cook said, but "I just had that gut feeling that she had done something. She was the last one to have physical contact with my granddaughter."

Cook hopes the arrest will bring justice to her granddaughter.

"I think there`s comfort there, knowing we're going to get justice for her," she said. "We know Ariana is still with us."