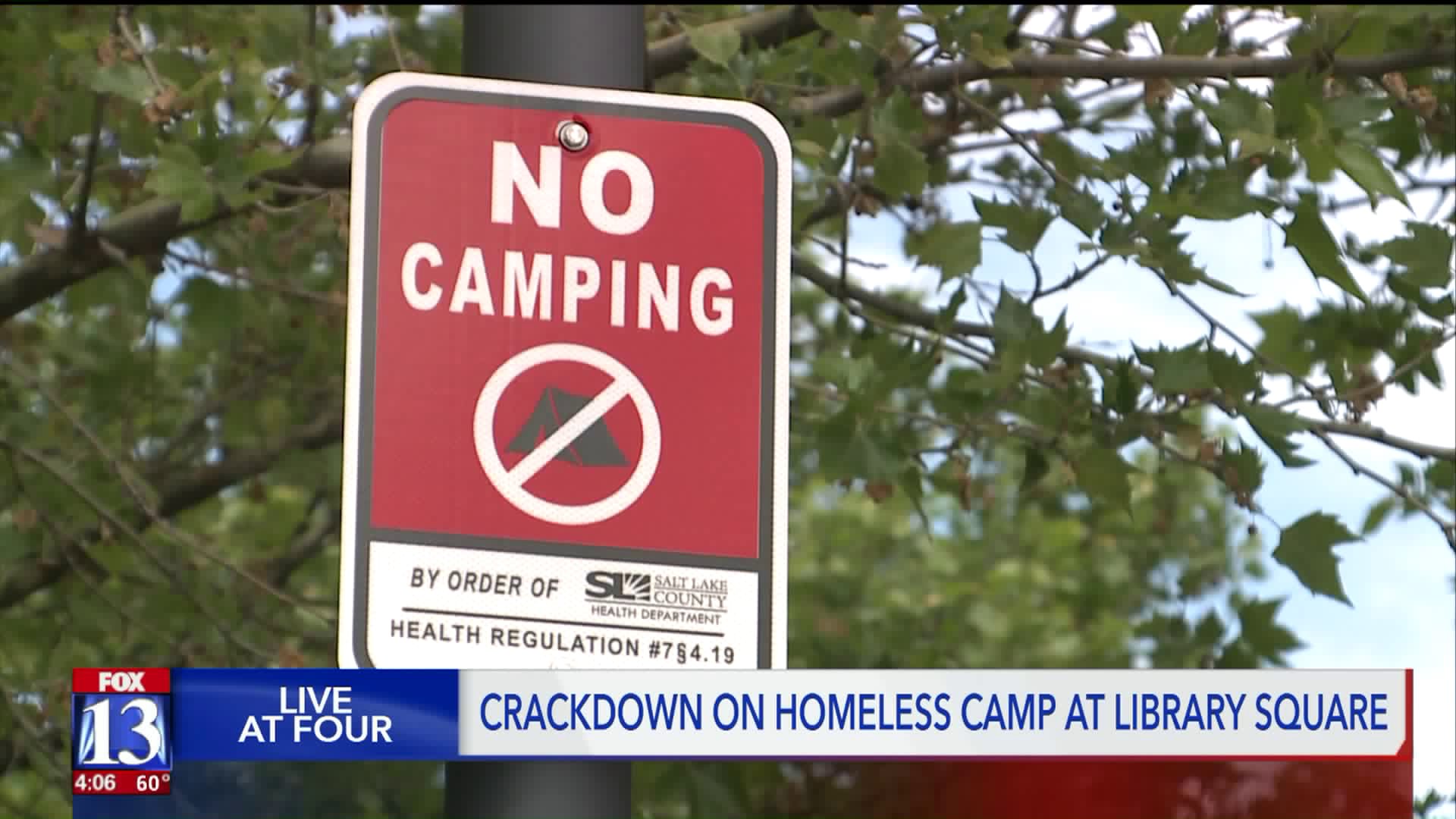 The county has warned homeless people camping in public parks and near the library that they are not allowed to do so, and that they`ll be doing a clean-up soon. 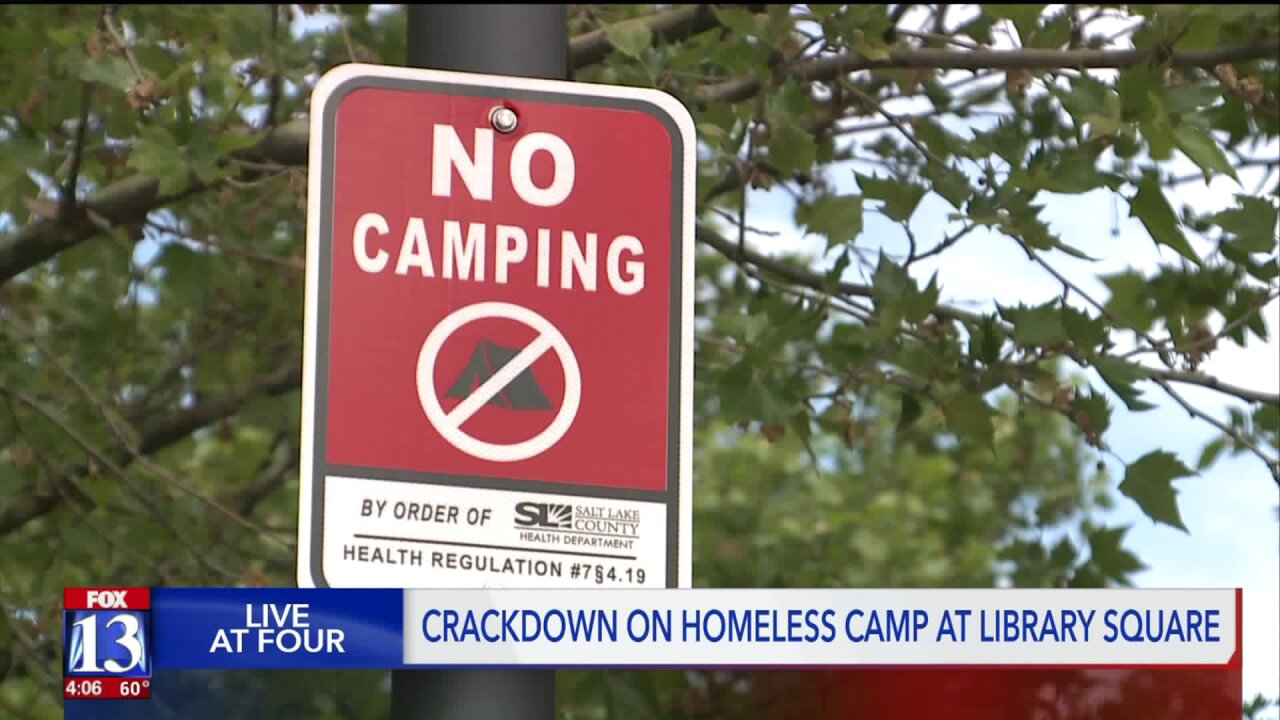 SALT LAKE CITY — Salt Lake County is starting to clean up homeless camps across the valley.

Last week, officials started posting signs near the Salt Lake City Public Library, warning people to make sure they don’t have their belongings thrown away.

Nicholas Rupp, a spokesperson for the county, said technically the law is the same year round — there is no camping allowed in Salt Lake County. During the winter months, they just don’t enforce the law as strictly, in order to avoid forcing people into the cold weather.

Lance Baker, who has been homeless since 2002, said he doesn’t like being treated differently from one week to the next.

“I’ve been coming to the library since it opened,” Baker said. “It’s almost a home away from home, or, well, you know, it is home ... You used to get a warning, now you’re just going to throw me out for a week?”

Homeless people often choose to set up camp near the library because of the resources it provides. The library and its employees give them a place to fill out paperwork and apply for programs that provide aid. They also enjoy the air conditioning during summer months and the heater during winter months.

“It’s a resource for me, and I need those resources,” Baker said. “There’s plenty of help for people that need help. There’s no reason for you to starve in this town … A lot of other cities don’t have the resources they provide here.”

Rupp said anyone is welcome to take a nap, or even set up a tent, in public areas like the park surrounding the library so long as nobody is camping overnight.

Richard Dee Sneddon Jr., another homeless man, said he appreciates law enforcement – even though the relationship can be difficult at times.

“I consider them, you know, the police officers, my brothers and sisters,” Sneddon said. “I learned from my mom, obey the laws of the land and you’ll be okay.”

Still, Sneddon said he does not appreciate the signs and notices posted all over the park warning about the impending cleanup, viewing it as a symbol that makes him feel unwelcome.

He ripped one of the paper signs off of a tree and crumpled it into a ball. Most had already received the same treatment.

“I don’t even see them anymore… This is America. It’s God’s country. He loves us all,” Sneddon said. “We can just take these down and forget about it because there’s been good lessons learned, and I’m ready to move on with the past. Let’s forget about the past and throw it in the trash.”

Rupp said the county posts signs with at least 24-hour notice to make sure homeless people have a chance to gather their belongings and not have them thrown away. When they schedule a cleanup, Rupp said they always bring people with pamphlets of information on how to get help with things like housing, mental health or substance abuse.