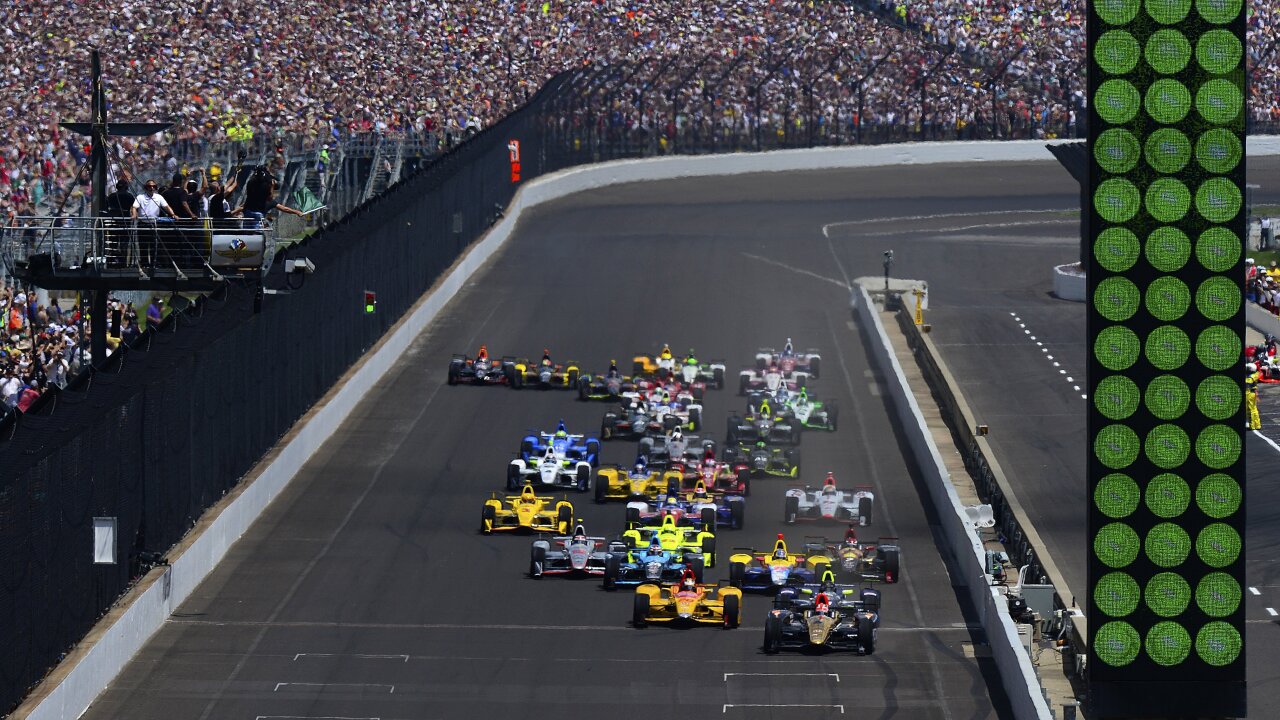 Every Indy 500 driver wants to kiss the bricks, chug milk and hoist a trophy. But at the 103rd running of the Indianapolis 500 on Sunday, four drivers will be racing to cement their names in history.

(CNN) — Every Indy 500 driver wants to kiss the bricks, chug milk and hoist a trophy, but at the 103rd running of the Indianapolis 500 on Sunday, four drivers will be racing to cement their names in history.

Castroneves has three Indy wins to his name, but a fourth win at the Brickyard would put him among elite company alongside A.J. Foyt, Al Unser Sr. and Rick Mears as the only drivers to win the coveted Borg-Warner Trophy four times. Mears last completed the feat in 1991.

At 44, Castroneves may be looking at his final chance to join the club. The Brazilian won in his 2001 debut, defended the title in 2002 and won again a decade ago.

Driving for Team Penske, Castroneves will start on Row 4, in the 12th position, after registering a qualifying speed of 228.523 mph. He won the 2001 and 2002 races from the 11th and 13th positions, respectively, and lifted the 2009 trophy after starting from pole position.

He know it’s going to take more than mere desire to make it to victory lane for a fourth time.

Speaking of desire, Power will also be looking to join an elite fraternity. If he can repeat his 2018 Indy 500 win, he’ll become one of only six drivers, including Castroneves and Unser, to win back-to-back races.

Power, also driving for Penske, will start in the sixth position after qualifying with a speed of 228.645 mph.

Sitting in pole position is Pagenaud, another of Castroneves’ teammates, who aims to become the first Frenchman to win the Indy 500 since Rene Thomas pulled it off in 1914.

Pagenaud earned the top qualifying spot with a speed of 229.992 mph.

Andretti will also be eying a historic first win. Racing for his father Michael Andretti’s team, the junior Andretti hopes to win the 200-lap race 50 years after his grandfather, Mario Andretti, lifted the Borg-Warner Trophy.

He will start in the 10th position, on Row 4 with Castroneves, after qualifying with a speed of 228.756 mph.

The track could be a wet one

While these drivers will be on a quest for individual glory, their teams will be looking to maintain their recent dominance in the race. Roger Penske’s and Michael Andretti’s teams have won every race since 2014.

The gentlemen will start their engines for a 12:45 p.m. ET. green flag. It could be a wet one as the National Weather Service says there’s a 50% chance of showers and thunderstorms. The expected high will be 81.

During the race, the cars go 200 laps around the 2.5-mile track, equaling 500 miles. The winner chugs from a bottle of milk — a tradition that dates to driver Louis Meyer, who drank buttermilk after winning the race twice in the 1930s.