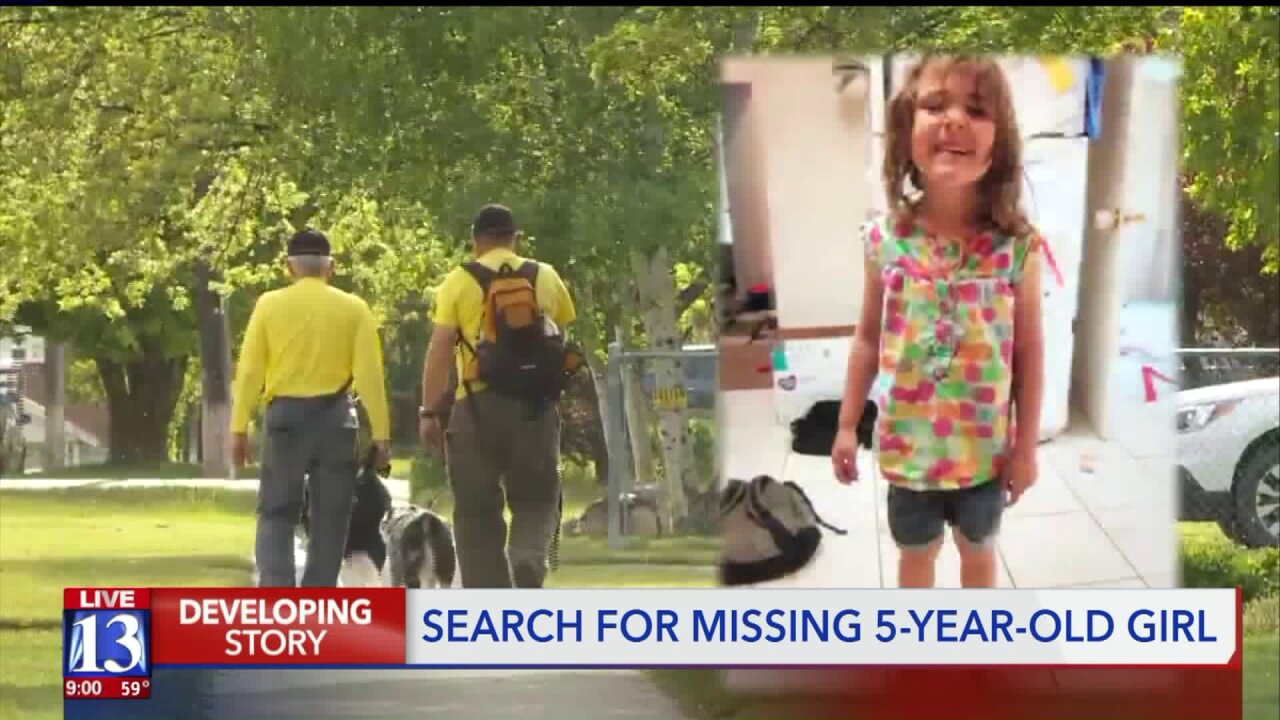 LOGAN, Utah — Police are now asking residents in a few Cache Valley areas to keep an eye out for anything suspicious on or near their property in the search for missing 5-year-old Elizabeth Shelley.

In a Facebook post, Logan City Police Department asked residents of southwest Logan, Nibley, Hyrum and Mount Sterling areas to look on their property for “suspicious items,” and to call dispatch immediately if they find anything. They also instruct anyone who finds such items to not touch them.

Police also want anyone in the area with an outdoor security camera or camera-equipped doorbell to review the footage for anything suspicious. They asked that people with homes or businesses with such equipment look review their footage from 10 a.m. to 4 p.m. Saturday, particularly looking for someone resembling Elizabeth or her uncle Alex Whipple.

More than 200 people from law enforcement and search and rescue teams are now assisting, including from several other counties. Police announced Sunday at about 5 p.m. that they have expanded their search to the Hyrum area.

Whipple, 21, is in police custody and is a suspect in the 5-year-old’s disappearance.

Today additional search and rescue support has been called in from several other counties. The search has been expanded to the Hyrum area and we continue to work leads that have come forward. We now have over 200 individuals assisting in the search effort.