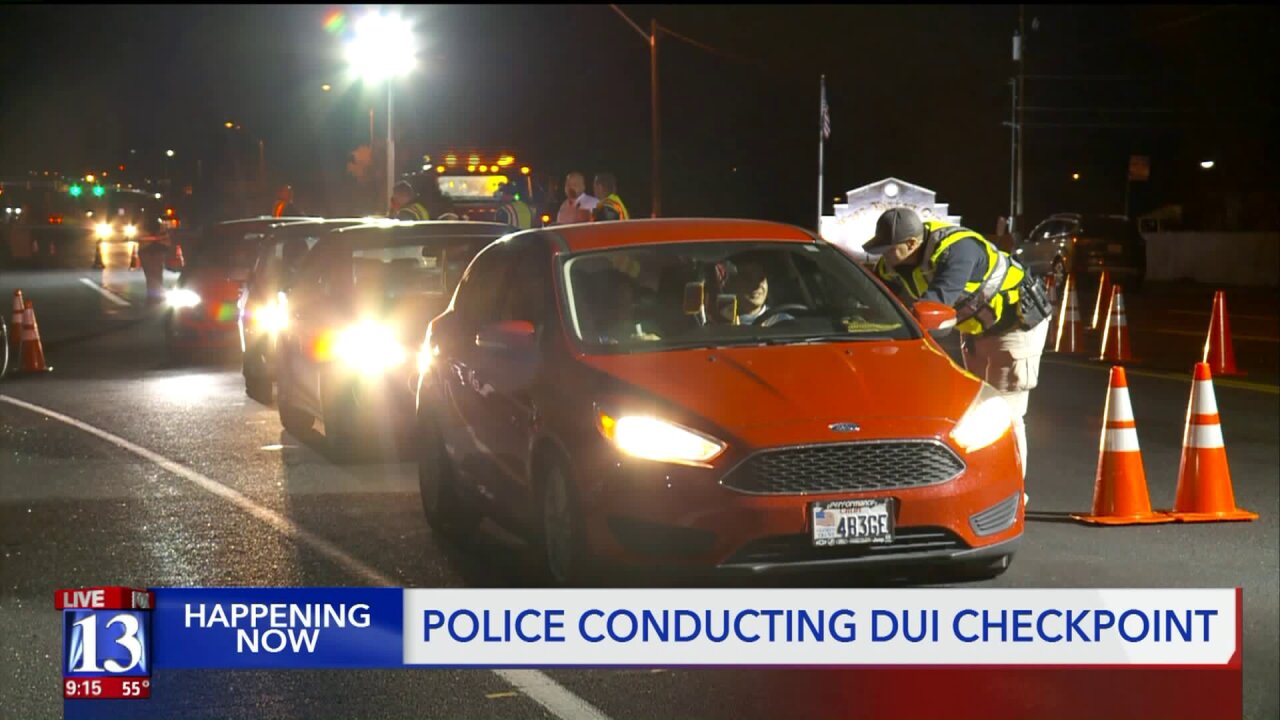 LEHI, Utah — Lehi Police are kicking off the first holiday weekend of the summer with a sobriety checkpoint on a heavily traveled road in Utah County.

From 10 p.m. Friday to 2 a.m. Saturday, cars will be stopped on both sides of Pioneer Crossing near 600 East to be vetted by officers. Police will approach each car and look for signs of alcohol or drug impairment.

They said each interaction should only take between 15 and 20 seconds. If traffic starts to build up, they will "flush" out traffic and let all of the waiting cars pass.

“We don’t want to take too much time out of everybody’s lives tonight. Our whole goal is to see if we can get some people who are under the influence off of the roadway,” Loveridge said.

Lehi Police hold sobriety checkpoints twice a year. They said they typically see between one and three arrests, but their goal is always zero.