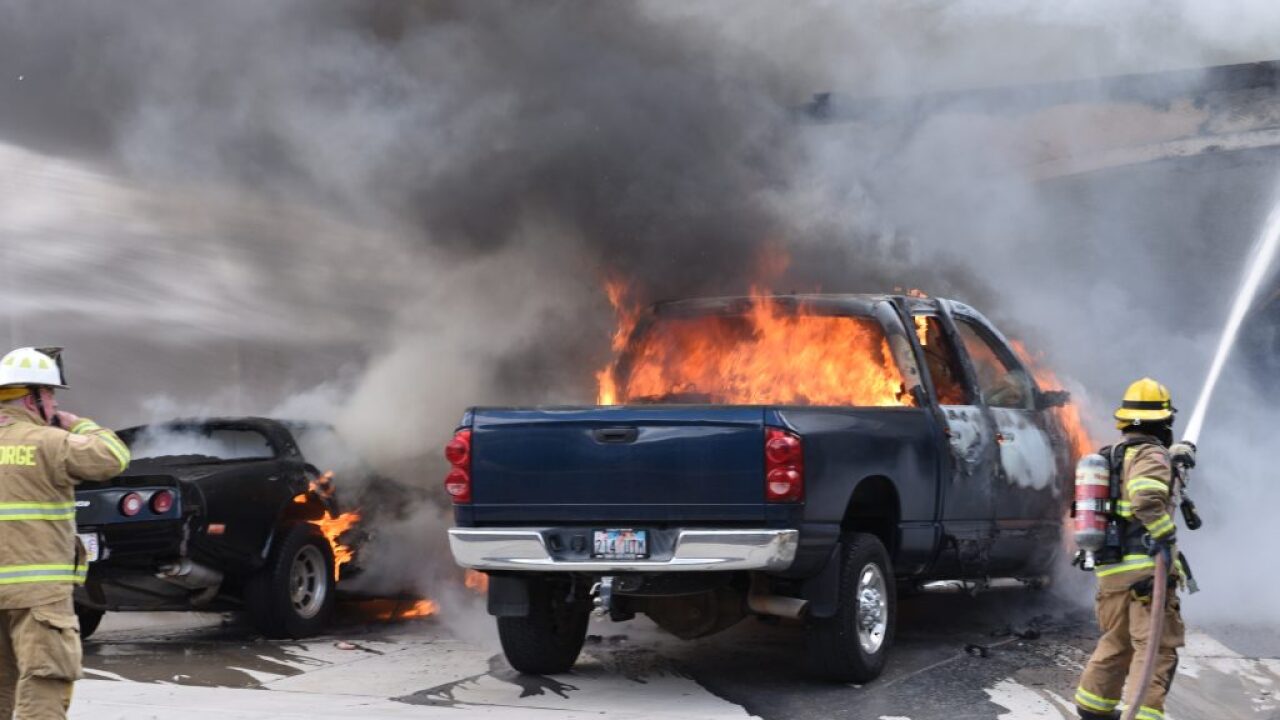 ST. GEORGE — A homeowner who suffered burns and smoke inhalation was transported to the hospital Friday after a fire broke out in the garage of a two-story home near Desert Hills High School, St. George News reports.

Shortly after 1 p.m. firefighters and emergency personnel responded to a structure fire in the 3500 block of S. Price Hills Drive involving a two-story home where the large garage was on fire.

“When we were dispatched, we were told there was a large column of smoke coming from the structure,” St. George Fire Chief Robert Stoker said.

Fire crews arrived to find the three-car garage fully involved in flames. The homeowner was able to get out of the residence but suffered burns to his face and upper body in the process. He also sustained injuries to his lungs caused by smoke inhalation, Stoker said.