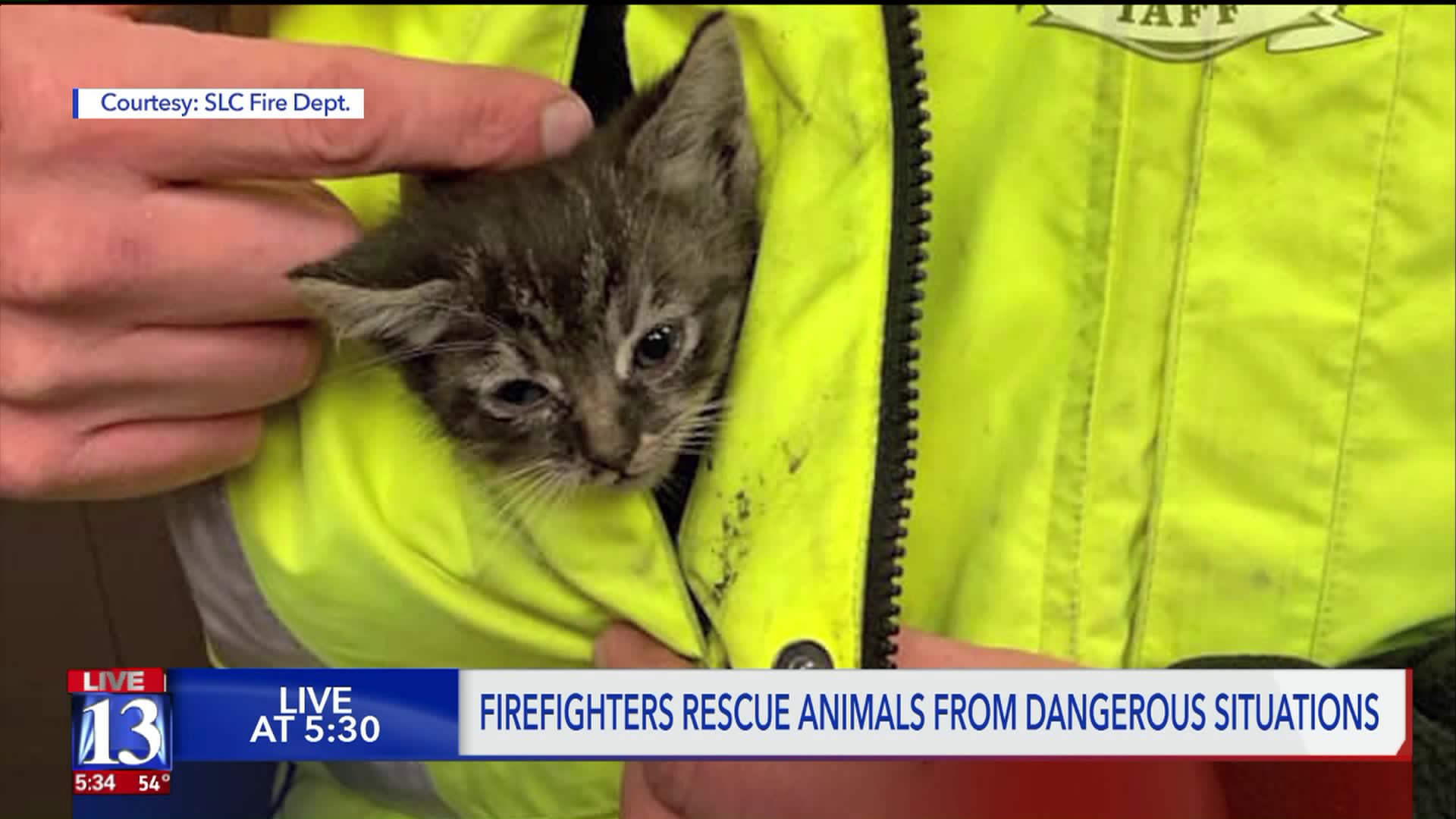 From dogs to ducklings, Salt Lake City firefighters` rescue duties have been diverse this month.A regular day for firefighters in the capital city involves medical emergencies with a few fires. The calls for help have been a bit cuter and more cuddly over the last couple of weeks. 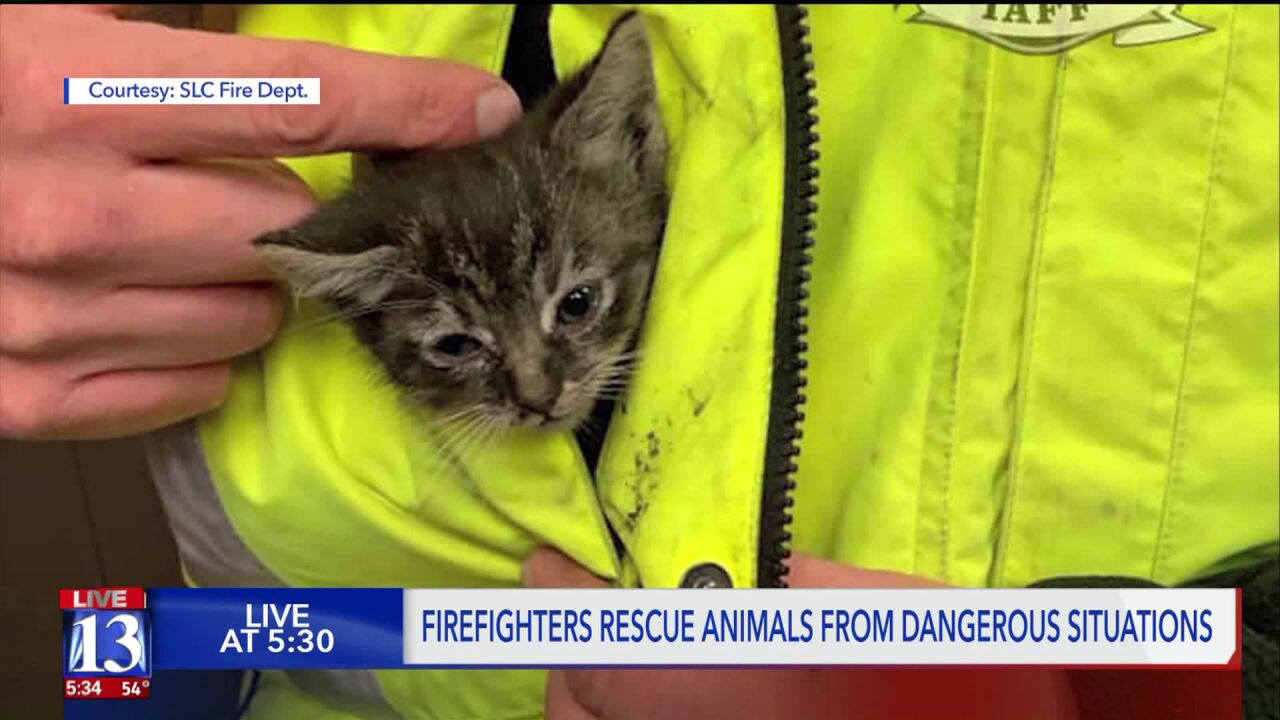 A regular day for firefighters in the capital city involves medical emergencies with a few fires. The calls for help have been a bit cuter and more cuddly over the last couple of weeks.

Firefighter Kade Martin needs to be ready for anything. During some downtime in Station 8 Wednesday, he helped train a rookie about rescuing people from elevators.

Just a day before, Martin was sent to help a woman who heard a cat inside her car while driving.

A four-week-old kitten used one of its nine lives, crawling up into the engine compartment before the car drove off.

“All I could see was just a little bit of fur. I just had to pinch the fur and rip it out. Otherwise, it was going to stay up there for good,“ Martin said.

As co-owner of an auto repair shop, Backshop’s Alex Caro knows there’s plenty of dry spaces for a kitten to get out of the rain.

“Yeah, it’s warmer, especially if the car’s been driven for a minute and you turn it off. It’s nice and toasty up underneath there,” Caro said.

Even a dog was found locked inside a hot car with the vehicle’s keys. He, too, saved by the rescuers in blue.

“It’s a nice little change from what we usually see. It was fun,” Martin said.

After saving the kitten, Martin tucked it in his jacket and named it after co-workers.

“We train a lot to save a person; we use the same concepts to save an animal,” Martin said.

The rescued kitten is being cared for by Best Friends Kitten Nursery because it’s so young. It should be available for adoption in about four more weeks.