One killed, one injured after hail storm contributes to crash on I-15 in Beaver A fatal crash on I-15 in Beaver. Image courtesy Utah Highway Patrol. 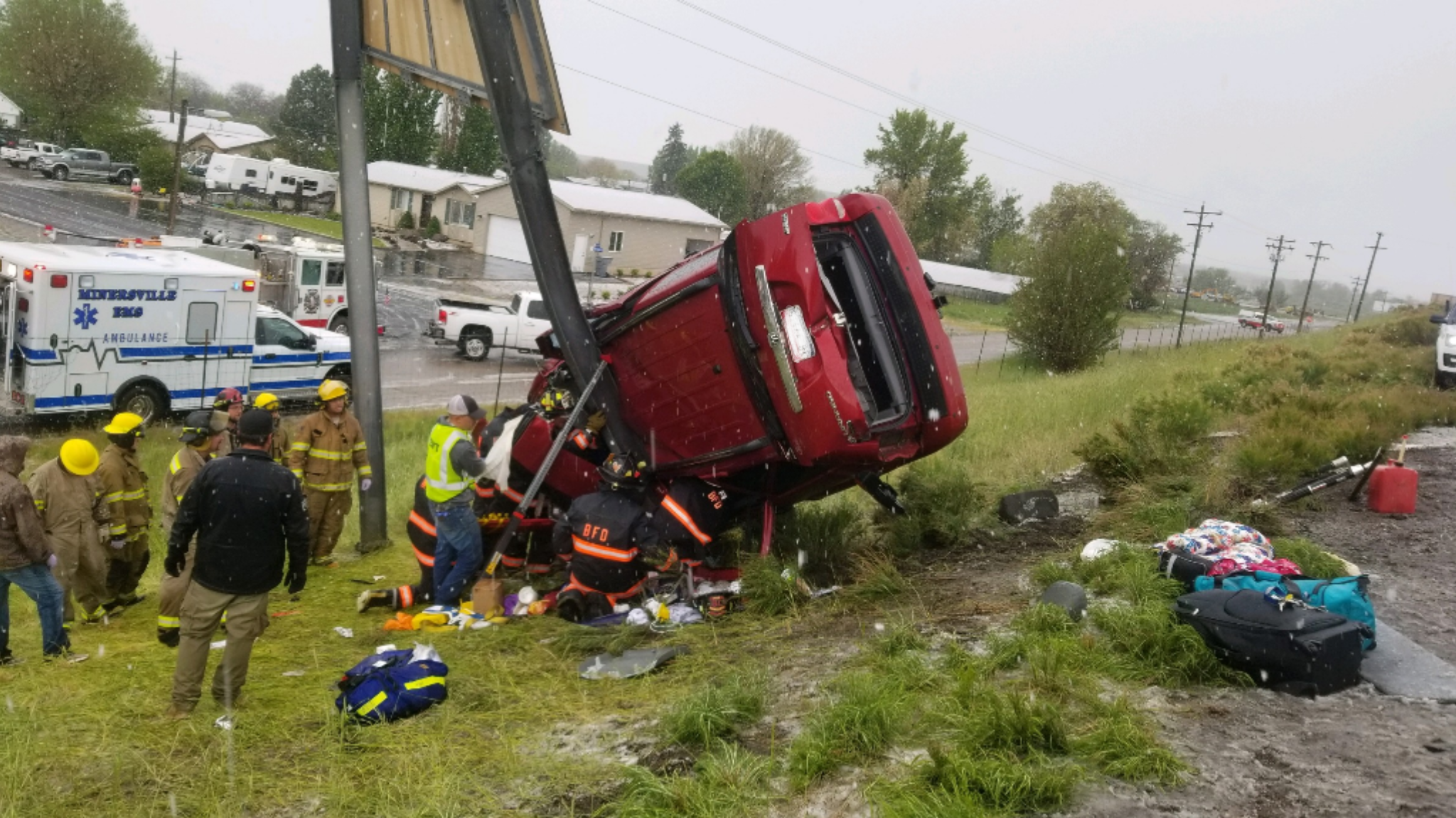 SOUTHERN UTAH — One person was killed and another was injured in a crash on I-15 in Beaver Monday afternoon, and troopers said an isolated hail storm contributed to the crash.

Utah Highway Patrol states the deadly crash occurred just before 4 p.m. near mile post 110 on I-15 as an isolated hail storm covered the roadway and made conditions slushy.

Troopers said the driver of a Durango was going too fast for the slushy conditions and lost control. The vehicle rolled onto its left side and struck a large freeway sign.

A female passenger was killed and the female driver was taken to a hospital with minor injuries.

Both occupants were wearing seat belts.