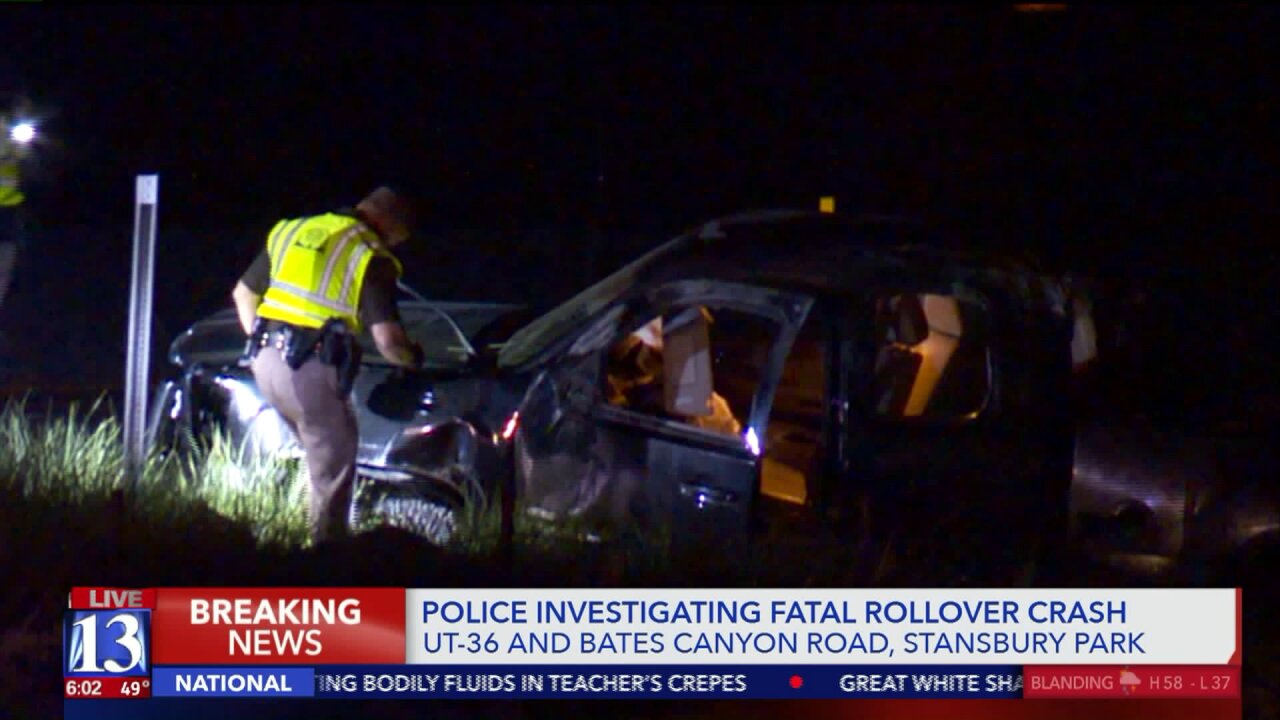 The Utah Highway Patrol states the fatal crash occurred around 12:26 a.m. on SR 36 at mile post 61 in Tooele County.

Troopers said the driver of an SUV traveling northbound drifted to the right shoulder of the road before over-correcting, causing the vehcile to slide across the northbound lanes and hit a concrete barrier.

The vehicle crossed the concrete barrier into southbound lanes, where it began to roll.

The SUV rolled several times before coming to a stop off of the road.

The driver and sole occupant, identified as 62-year-old Michael S. Gollaher of Lake Point, was ejected during the crash and died.

It was not immediately clear what caused the man to leave his lane of travel.