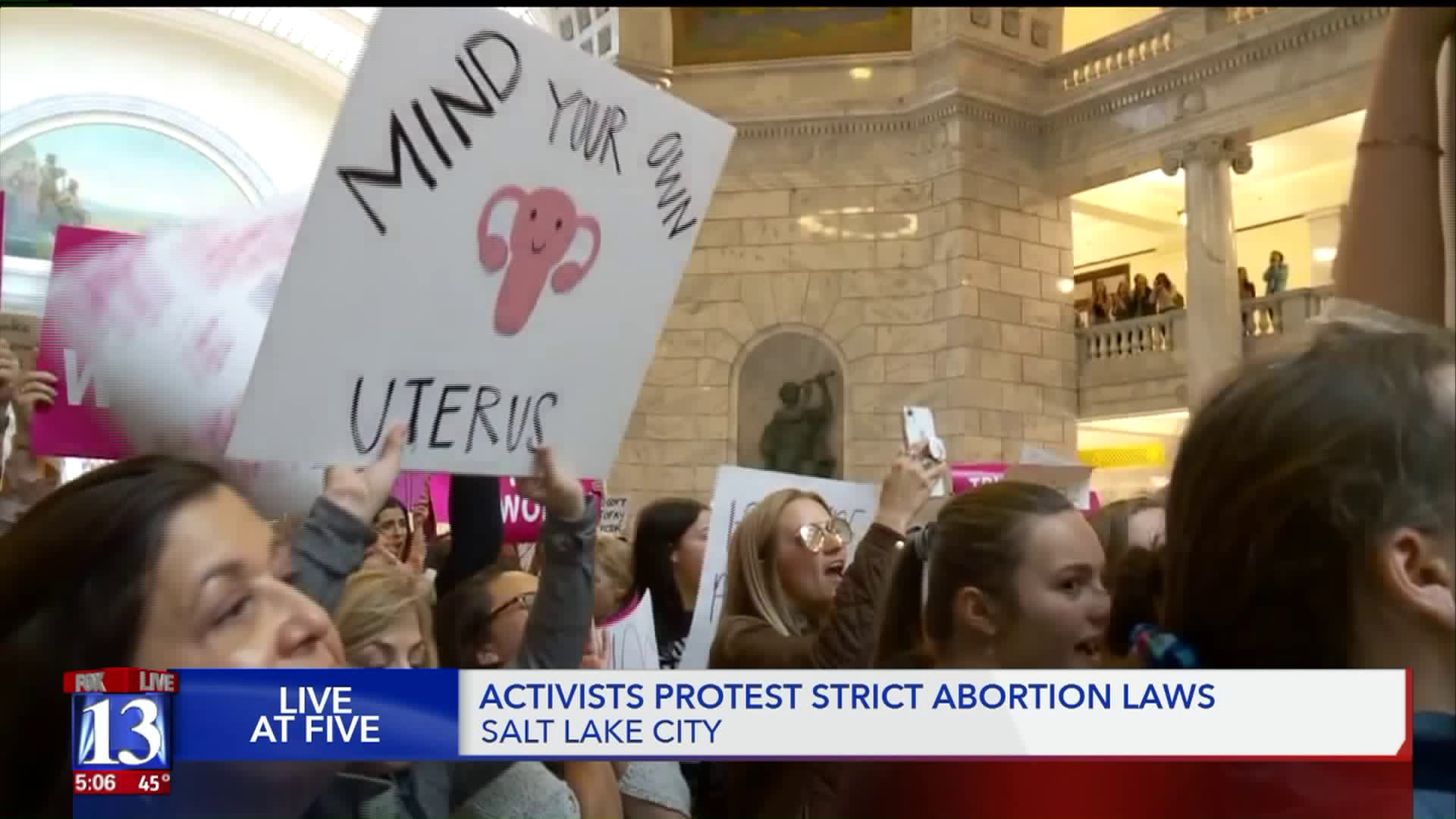 Hundreds of people were at the Utah State Capitol Tuesday to protest strict abortion laws. 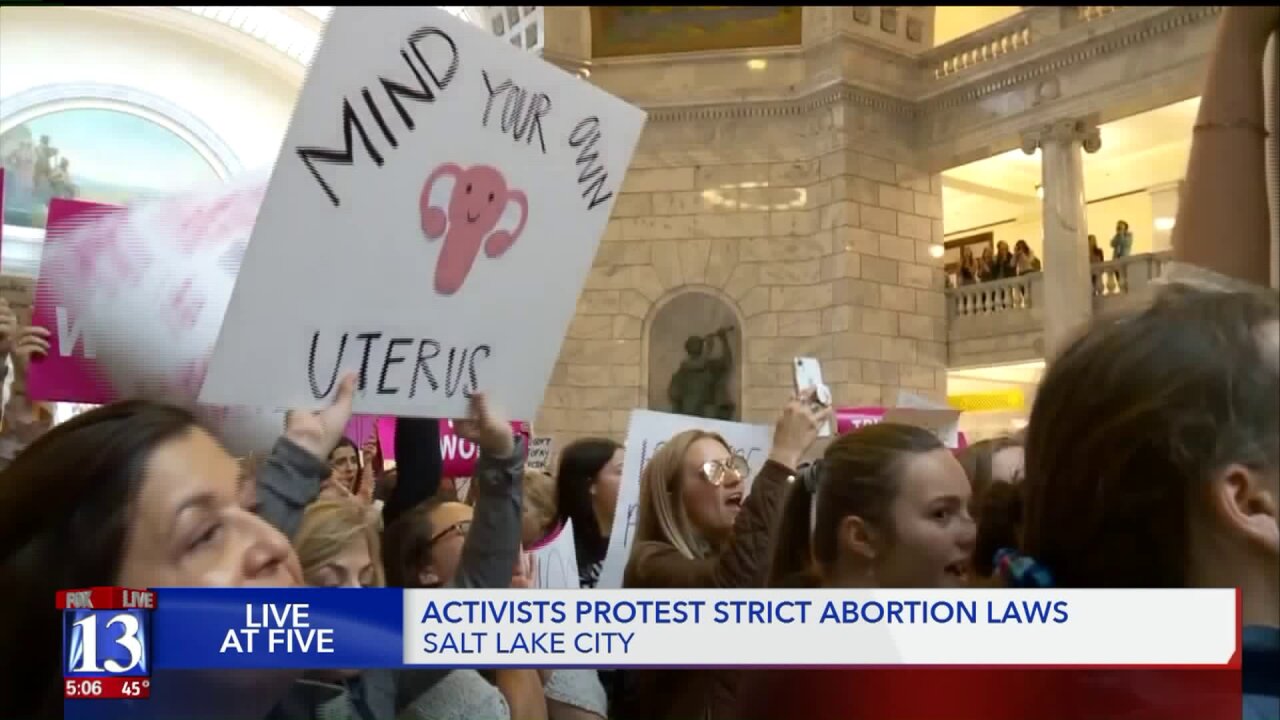 SALT LAKE CITY, Utah — Activists at the Utah State Capitol Tuesday argued that American women should make decisions about abortion, not the government.

They came with costumes, protest signs and passion, arguing federal law passed by the U.S. Supreme Court in 1973 should remain the law of the land.

"I think the idea of overturning Roe v. Wade is a possibility that terrifies me,” Tiffany Thorne said.

“In order to change the law, we have to pass other laws and have them challenged,” said Rep. Cheryl Acton (R-West Jordan).

“There are all kinds of things that have changed since 1973, but the law is not allowed to change because of Roe v. Wade,” Rep. Acton said.

“When we start tinkering at the edges and now going for the root of women's ability to control their own bodies, we have a problem,” Galloway said.

The protest is among others happening in all 50 states Tuesday as part of the national “Stop the Bans” day of action.