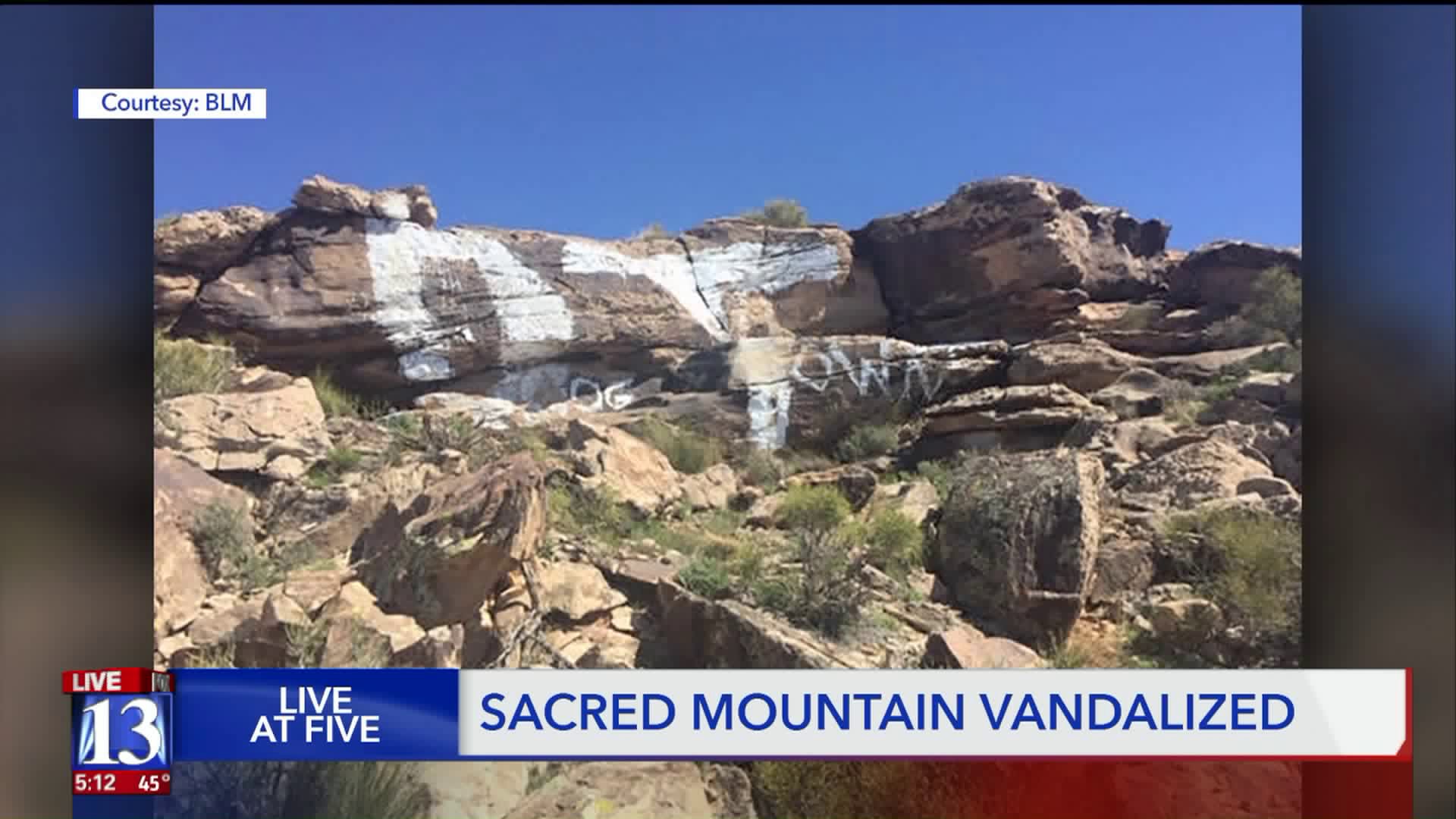 The Bureau of Land Management is offering $1000 for any information leading to the vandal(s) who defaced a mesa that local Paiute tribe considers sacred. 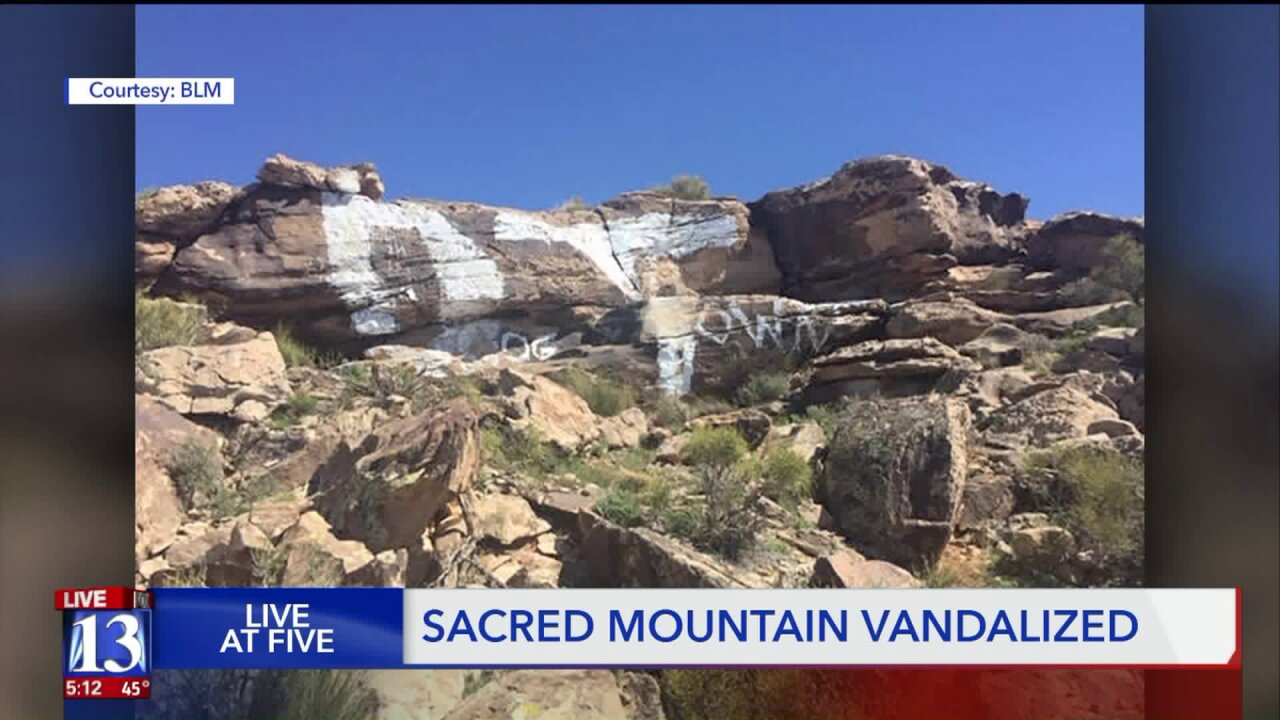 ST. GEORGE, Utah -- Authorities are asking for help identifying whoever vandalized a mountain considered sacred by the Paiute tribe.

The Bureau of Land Management is offering a $1,000 reward for information that leads to a conviction for the person(s) who painted "Dog Town" on a mesa near St. George called Shinob Kibe, which means “Great Spirit Mountain” in the Paiute language.

The Washington County Historical Society says the Paiute used it as a refuge from other tribes, and they even say they met the famed Spanish explorer Father Escalante on the mountain.

It is also an iconic landmark to locals. The BLM was notified of the damage via social media posts, and those who discovered it also found paint rollers and paint buckets nearby.

Scott Christensen, a local hiker, said the mountain offers what he loves about life in Southwest Utah: solitude and beauty.

“I only discovered this hike a few weeks ago, and I've been coming up and hiking it regularly. It’s very beautiful, very peaceful up there,” Christensen said.

Although the paint has been washed from the cliff, the BLM still wants to find who put it there.

“Restoring sites after deliberate vandalism is a complex, difficult process, and not always possible. Thoughtless actions such as these impact the public’s ability to enjoy the spectacular scenic values we have here in Washington County,” said St. George Field Office Manager Keith Rigtrup. “The BLM is dedicated to protecting public lands for the enjoyment of future generations.”

Anyone with information about the crime should call the Archaeological Resources Protection Act Hotline at 800-227-7286. Callers may remain anonymous. 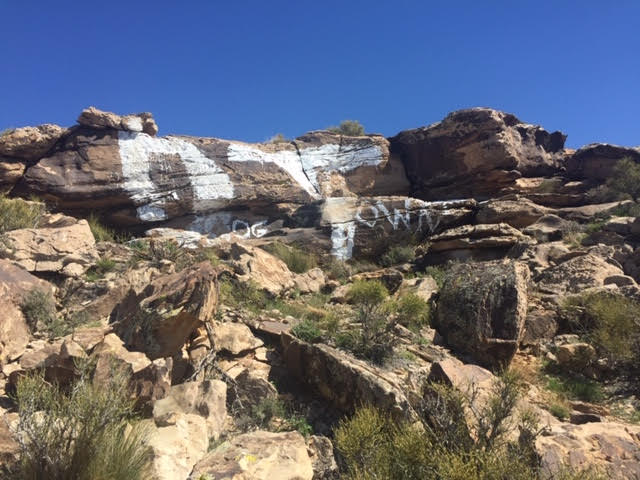