Truck driver meets bystanders who jumped in to save his life 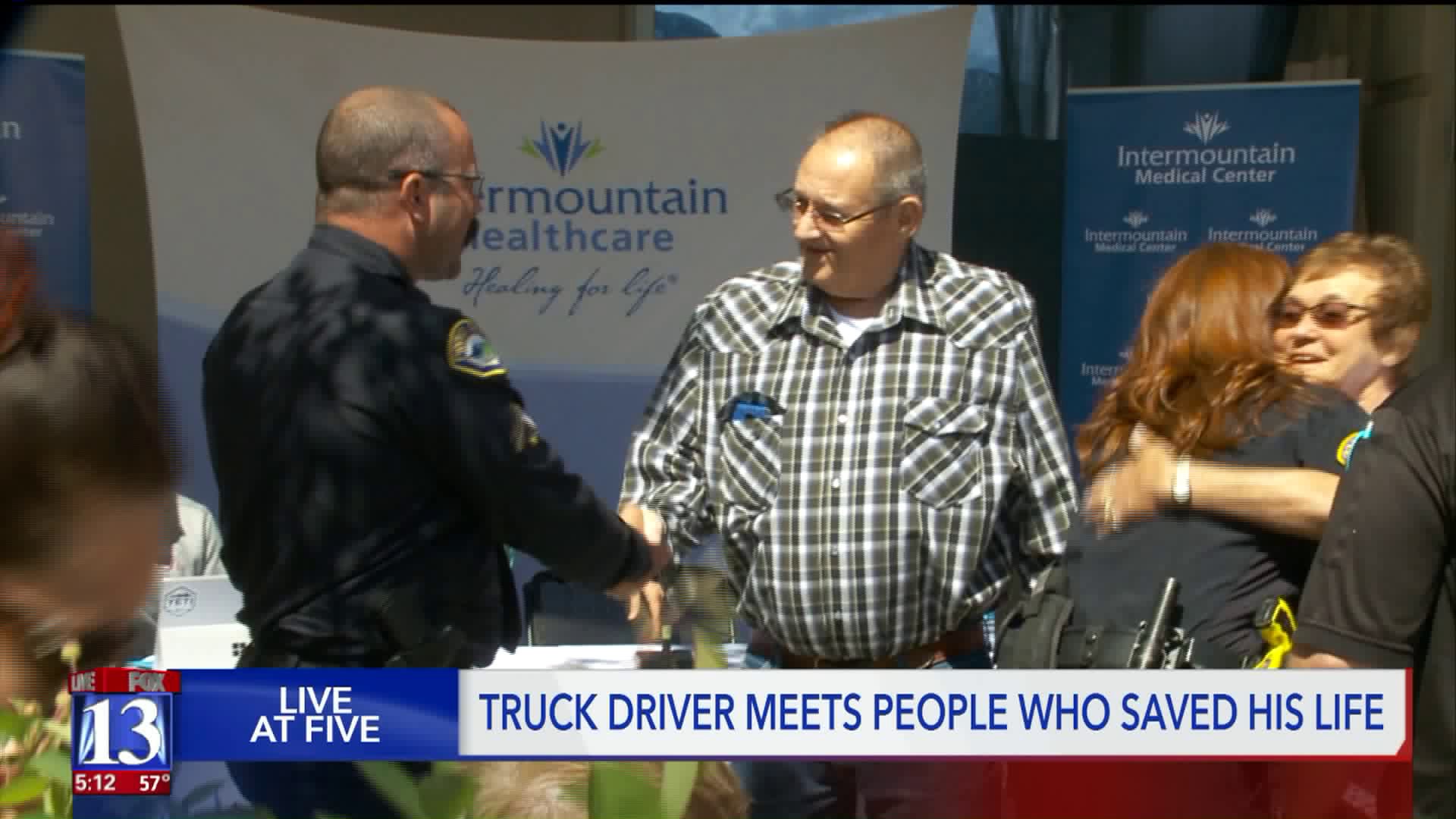 An Illinois man who had a heart attack and crashed on I-15 in South Salt Lake met his rescuers today. 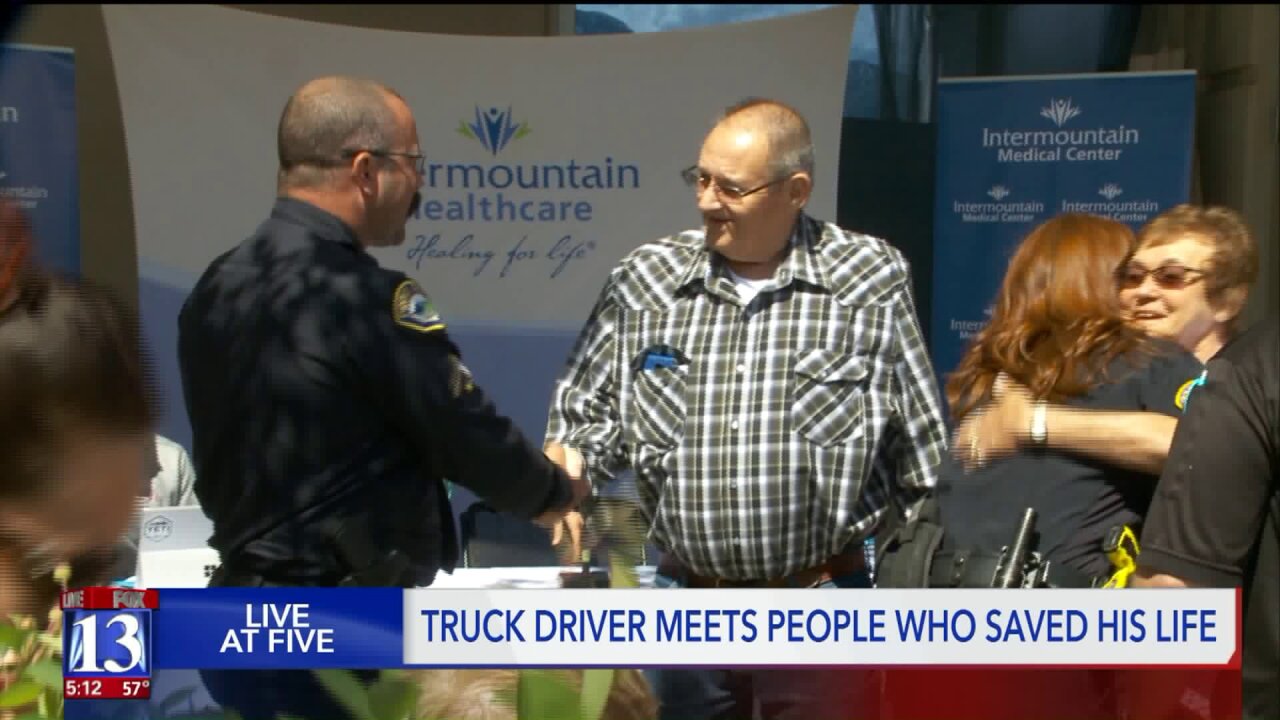 However, before heading back to Illinois, 72-year-old Lindsey wanted to thank the first responders who likely saved his life.

He doesn't remember, but doctors say he had a heart attack and went into full-blown cardiac arrest behind the wheel, crashing into a concrete barrier on I-15 in South Salt Lake.

Provo Police Department Officers Ken and Robyn Newell were headed home May 2 after attending a memorial at the state Capitol for Officer Joseph Shinners who was killed in the line of duty.

They happened to be just behind Lindsey when he crashed, and they stopped right away to help.

“My wife immediately grabbed some latex gloves," Ken Newell said, "and she started running up to help with CPR."

It turns out the Newells weren't the only first responders who happened to be at the right place at the right time. Justin Litizia, a sports trainer at Intermountain Health Care, witnessed the crash and also jumped in to help.

Nearly three weeks later, Lindsey and his fiancé Grett Williams are headed back home with a Provo Police hat and a whole lot of gratitude for the men and women of Utah who saved his life.

“I'm thankful, real thankful for all your help. Got me back going again,” Lindsey said.

“They were just wonderful at helping him and bringing him back to me," Williams said. "The Lord was just there with everyone,” says Williams.

“The outcome in my mind while we’re doing CPR is, 'Come on man, you got to live a little bit longer for your family.' But to see him alive today, it's pretty awesome. And he looks like he's doing really well,” Ken Newell said.

Doctors say the takeaway message for everyone is the importance of CPR and chest compressions. The doctors who treated Lindsey said if it hadn't been for the quick actions of the first responders doing CPR, he may not have survived.