Latter-day Saint missionary from Texas dies while serving in Mexico 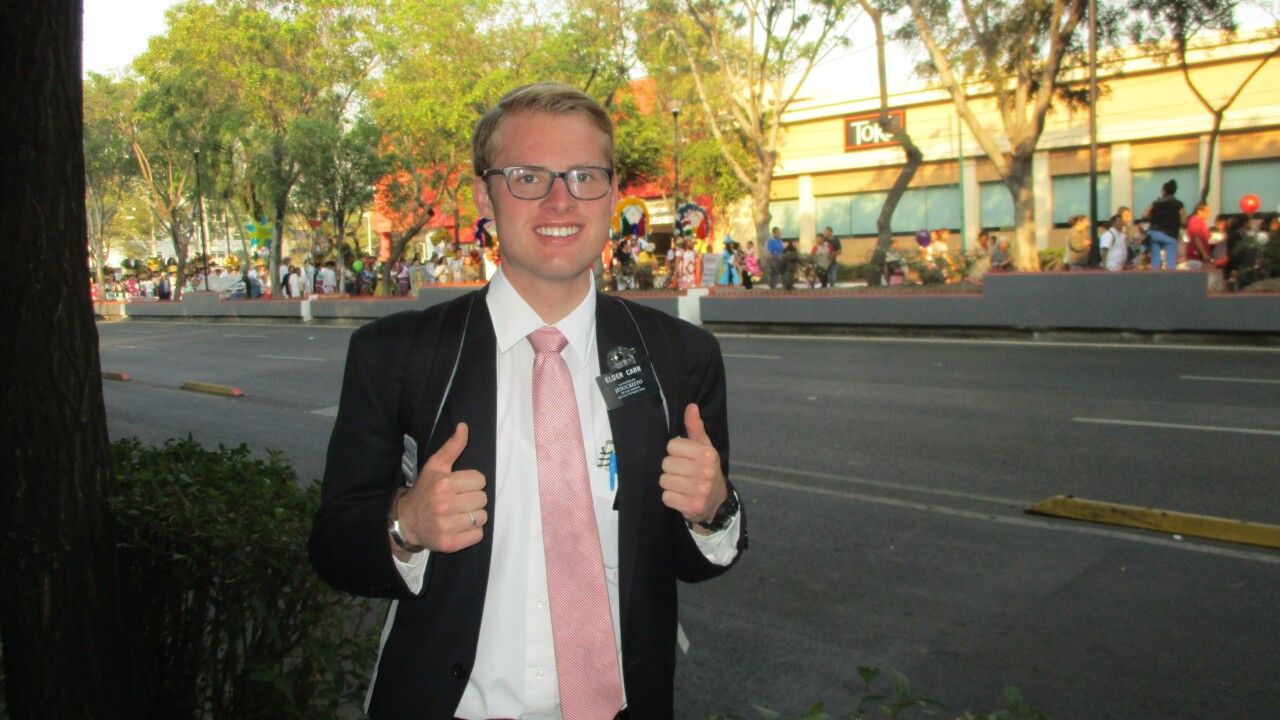 Courtesy of the Carr family.

MEXICO CITY – The Church of Jesus Christ of Latter-day Saints announced the death of a young missionary on Sunday.

A church spokesperson said Elder Andrew Carr, 19, of Fort Worth, Texas passed away on Saturday morning.

Carr died due to asphyxiation from what appeared to be a faulty water heater near the shower in his apartment in Mexico City, according to a statement issued by the church.

Daniel Woodruff, a spokesman for the Church of Jesus Christ of Latter-day Saints, issued this statement:

“It is with great sadness that we announce the passing of a young missionary serving in the Mexico Mexico City Northwest Mission. Elder Andrew Carr, age 19, died Saturday morning due to asphyxiation from what appears to be a faulty water heater located near the shower in his apartment. Elder Carr’s companion was unharmed. Elder Carr is from Fort Worth, Texas, and had been serving since October 2018. We extend our deepest sympathies to his parents and loved ones as they deal with this tragedy. We pray they will be sustained and feel the comfort of the Holy Spirit during this difficult time.”

Shawn Furniss, president of the Forth Worth Texas North Stake, also released a statement:

“We are deeply saddened by the loss of Elder Andrew Carr, but we take comfort in the eternal plan of a loving Heavenly Father. How grateful we are to know that in times of tragedy we can find peace and hope through the atonement and resurrection of Jesus Christ.”

No other information was given.

Fox 13 will post updates as soon as they become available.