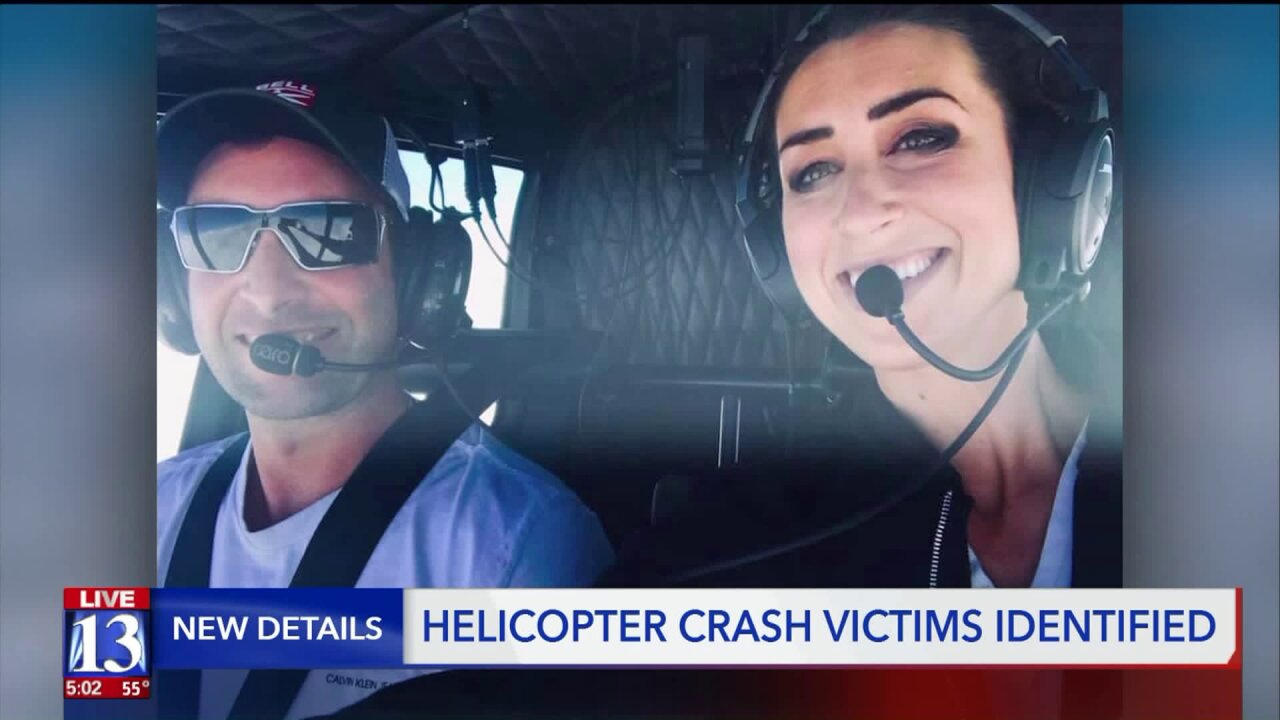 UTAH -- Police have identified the couple that died in a helicopter crash Friday afternoon near Alpine.

Benno and Megan Penna were both 32 years old and lived in Ballard, Uintah County. They leave behind a 5-year-old daughter and 6-year-old son.

The two children did not know their parents were involved in the crash until Sunday morning when family members got together to tell them the news and give them emotional support.

Their families sent out a statement, saying:

"The Penna family is heartbroken at the loss of Benno and Megan Penna.

"Benno was a devoted husband and father who loved helping friends and family. Megan was a devoted wife, mother and business partner with Benno. Megan loved working with her husband and they both adored their kids.

"The family is so grateful for the outpouring of community love and support during this very difficult time. The family is asking for privacy at this time. Please hold your calls, messages and visits until we have enough time to grieve the loss of Benno and Megan."

Friends said Benno and Megan were always happy, always smiling, especially when they were together.

Matty Johns said Benno was his boss, his support system and his friend. He described the couple as down to earth, non-judgmental and happy-go-lucky.

Johns said Benno got the helicopter about two months ago, and he took Johns for a ride shortly after. Johns said he felt safe in the helicopter, never nervous, even though it was his first time in the air.

"That was his dream, to be a helicopter pilot, so he did get to achieve his dream," Johns said.

Johns said it was "bittersweet" to see pictures and videos of Benno and Megan flying together on the day of the crash, especially now that he knows what happened hours after they were posted online.

"Just crazy. I can’t believe it. My heart goes out to the two kids," he said. "The way it all ended is just terrible... I just know that God’s got a plan for everything and everybody, and this is just part of his plan."

Investigators with the National Transportation Safety Board are still trying to figure out how and why the helicopter crashed Friday afternoon.