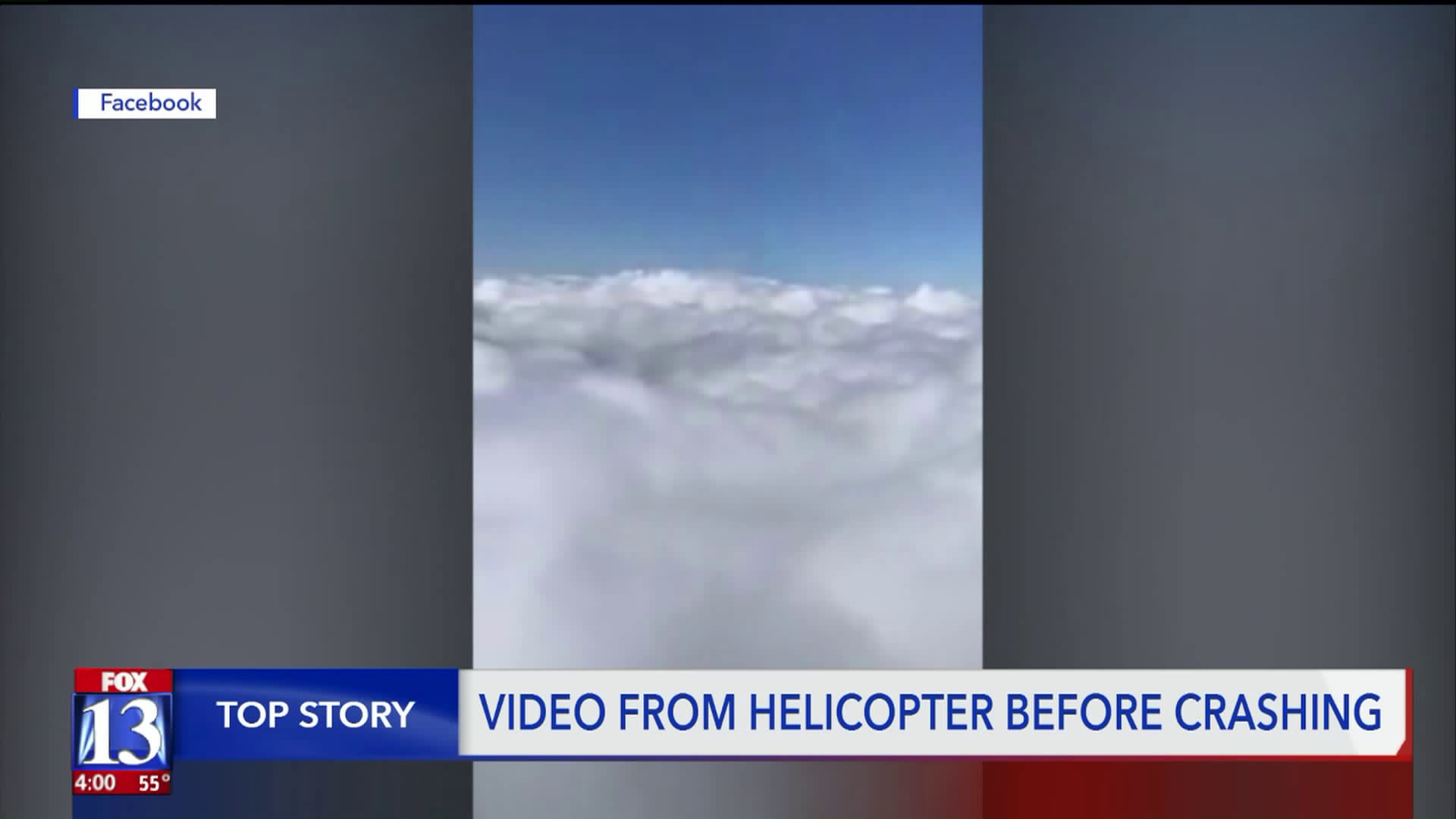 The couple who died Friday in a helicopter crash posted a video on Facebook from inside the helicopter captioned "Above the clouds" before the chopper went down. 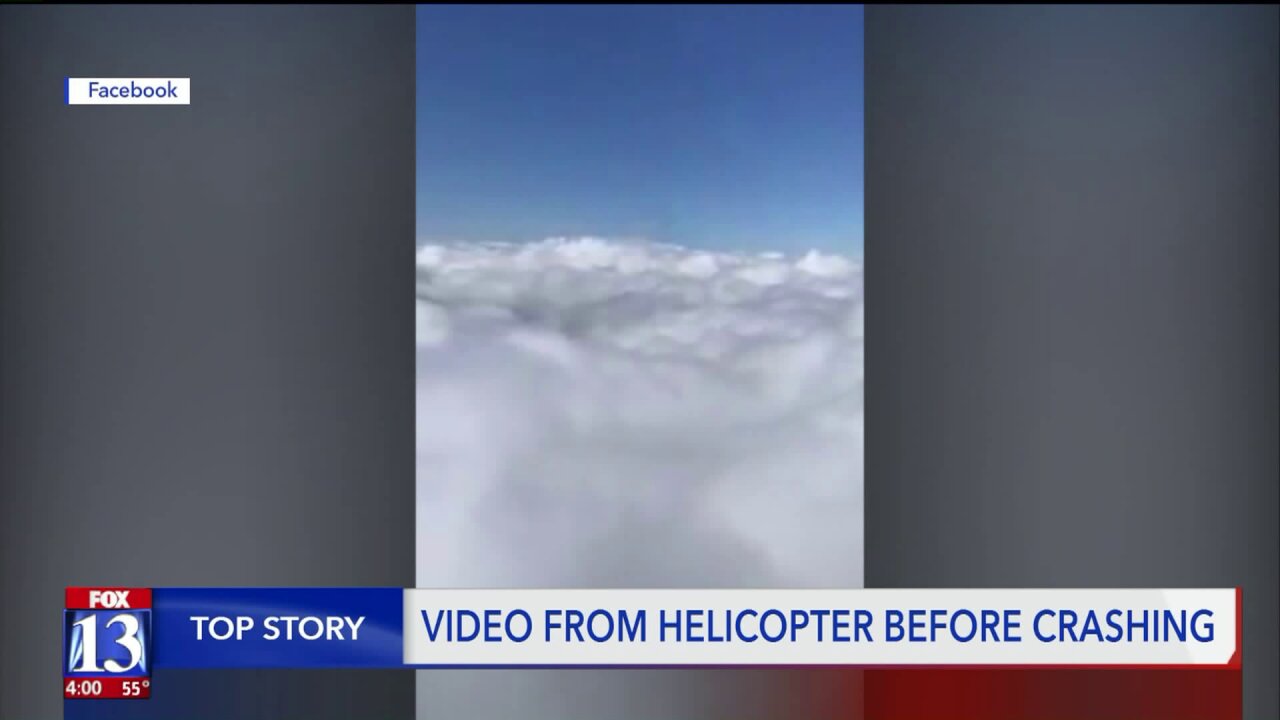 ALPINE -- Two people who died in a helicopter crash Friday near Alpine posted pictures and a video of their flight from mid-air possibly just minutes before crashing.

The video, posted at approximately 10 a.m., shows a clear blue sky and fluffy white clouds underneath them, with a caption that reads, “Above the clouds ☁.”

At one point during the video, the couple flips the camera around and shows their faces, smiling and having a good time.

FOX 13 has chosen at this time not to show that portion of the video or release the names of the two who died because there are still two young children who have not been told what happened. The family has requested privacy until they can tell the children about the crash.

The bodies of the two victims in yesterday’s helicopter crash above Alpine have been recovered and identified. We will not be releasing names until at least tomorrow morning, 5/19/19, after young family members have been notified.

Although the weather looks clear, it became worse at the time of the crash, when the couple was on its way into South Valley Regional Airport in West Jordan.

An employee with Roosevelt Municipal Airport said the weather was “pretty nasty,” and that he wasn’t sure why the two were flying in it.

It’s unclear if Friday's weather was a factor in the crash. The National Transportation Safety Board is investigating.

“It’s entirely possible it could have been weather related,” said Sgt. Spencer Cannon of the Utah County Sheriff’s Office. “We all saw the weather we had this afternoon.”

A pilot at South Valley Regional Airport said a woman and a young child showed up at the airport on Friday, asking whether the helicopter had landed safely. Employees helped her get in touch with the right people.

The wreckage of the four-seat Robinson R-44 helicopter was found Friday, about halfway between Schoolhouse Springs Trailhead and Lone Peak.

It normally takes about one year to determine a probable cause for an accident, according to the Federal Aviation Administration.

Cannon said the names of the victims will probably be released Sunday.