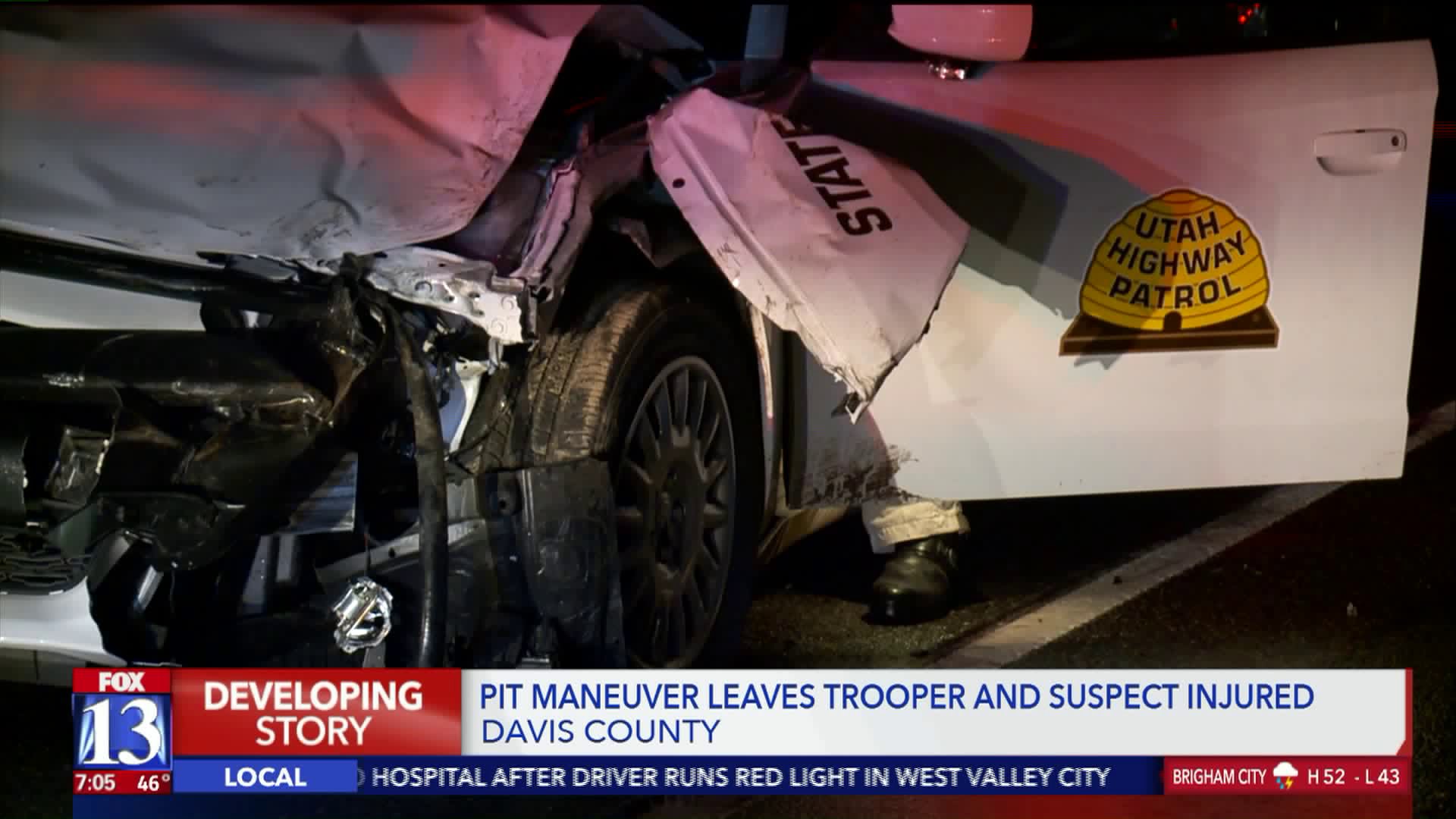 A trooper used a PIT maneuver to stop a wrong-way driver who fled a traffic stop, and that driver is suspected of being under the influence. 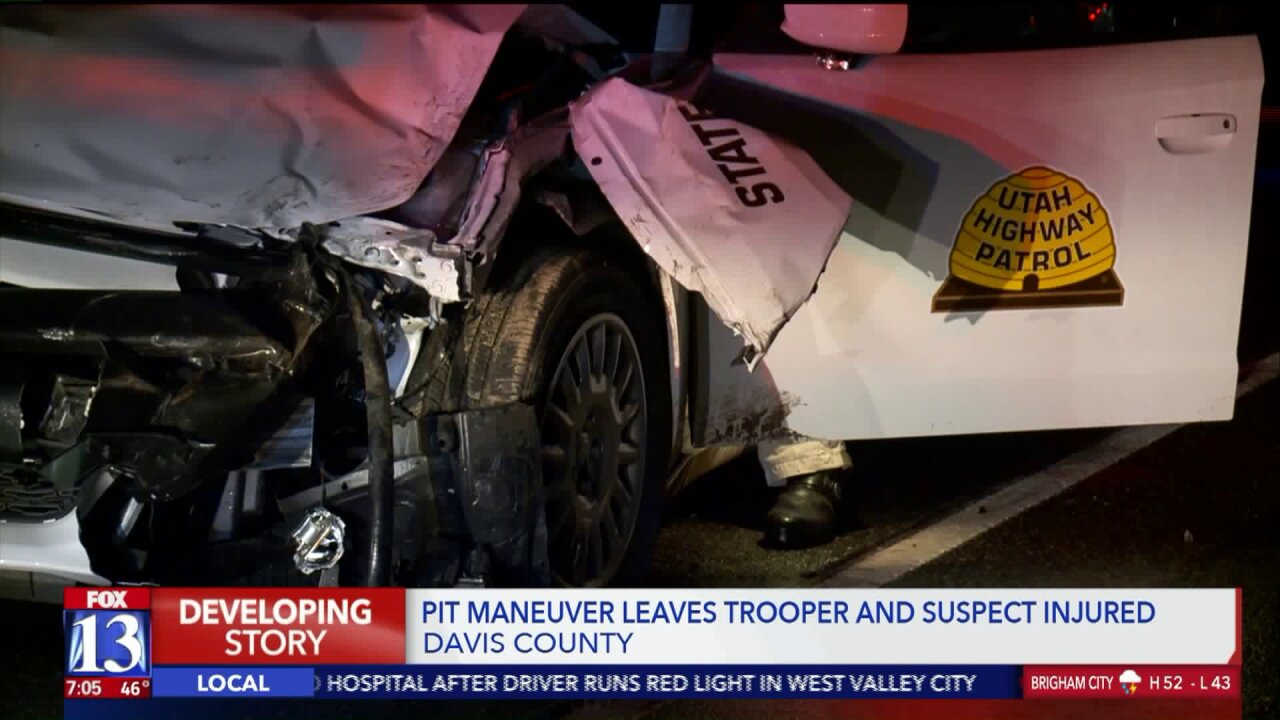 DAVIS COUNTY, Utah -- A Utah Highway Patrol trooper intercepted a wrong-way driver who is believed to have been DUI and is already an alcohol restricted driver.

The man driving that vehicle fled and got onto I-15 going northbound in the southbound lanes.

UHP was among the responding agencies, and authorities shut down the highway and attempted to immobilize the car with a PIT maneuver near 2200 North in Davis County.

"Wrong way vehicles is becoming more and  more common, and it's something that we obviously don't like to see," said Sgt. Justin Dial of the Utah Highway Patrol.

The trooper and the wrong-way driver were both taken to hospitals, but neither appears to have serious injuries.

The driver was later identified as 57-year-old Greg Hardin. Police said he was arrested for suspicion of DUI and other charges. They also said he was an alcohol restricted driver.

Hardin entered guilty pleas to DUI related charges in 1998 and 2011. He also pleaded guilty to a reckless driving charge in 2008.

Hardin remains in a hospital and has not yet been booked into jail.