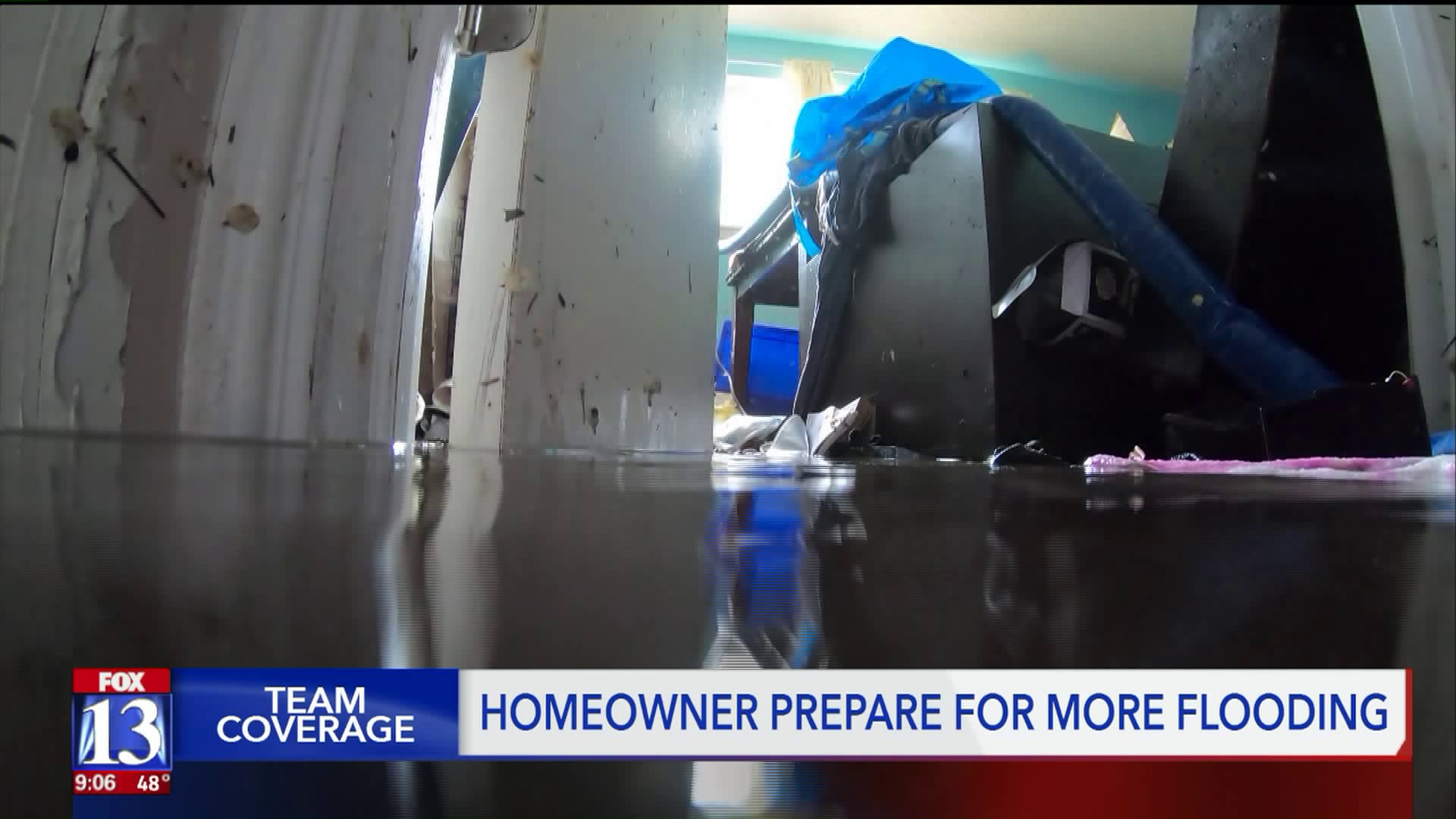 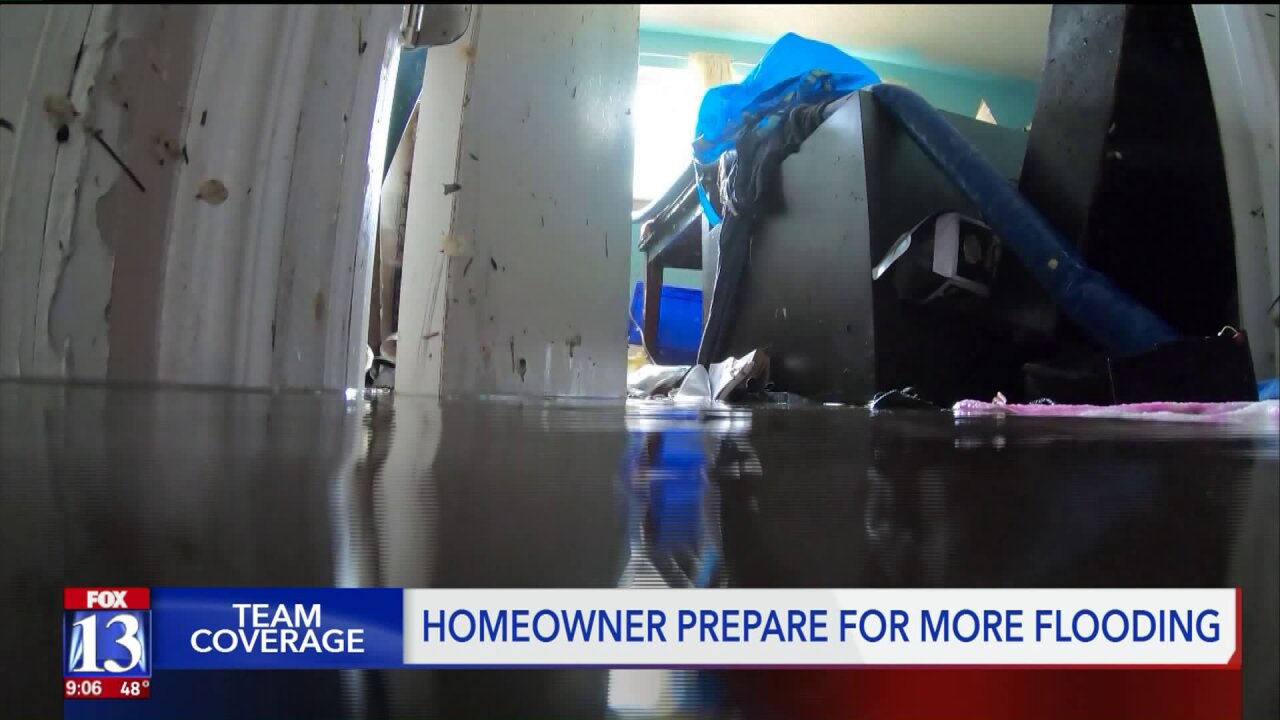 LEHI, Utah — Several homes in Lehi flooded Thursday night, and with more rain in the forecast and a lot of expected runoff, it could just be the beginning.

The Steele family home was one of those affected as Dry Creek overflowed that night.

“It’s really sad to see all of it,” Kaylene Steele said as she stood in front of his now wrecked basement.

Her home was one of just two that had flooded during a storm Thursday night. She woke up to a call in the middle of the night from a neighbor and friend saying their houses had flooded.

“I was sick. I was sick,” she said recalling the moment she first saw the water in her basement, filled to the top of the staircase.

A friend of the Steele family shows how deep the water was in the family's basement.

Kaylene captured a photo of a family friend who jumped in the water to start placing pumps, the water nearly to the top of her stomach.

The water was powerful enough to knock over their washing machine.

Everything that was in the basement “got washed into one room. It looks like a giant mess in there,” Kaylene said.

Friday afternoon, inches of water still rested at the bottom of the Steeles' basement as a series of pumps and hoses worked relentlessly to clear it out. Sadly, some damage can’t be undone.

“It’s all of my husband’s special things,” said Kaylene describing her husband’s game room and the collection he had spent years building.

“We have our china hutch with all of my special china, my mom’s wedding china,” she said. “It’s all gone.”

Now, still wading in water, they feel like the city of Lehi is partially to blame.

“I don’t think the city has mitigated everything up there as well as they could have upstream of us,” Kaylene said.

The Steele family home sits directly next to Dry Creek, one of the two main waterways that flow through Lehi.

But the city said that’s not the case, and that they had crews working throughout the night.

“It was actually from the excessive rain we had,” said Lehi Street Director Wade Allred. “Ultimately, what we had last night was more of a debris issue.”

Allred said the problem comes about when there are spring showers or heavy mountain runoff. Debris is brought down and subsequently clogs the waterways, forcing levels to rise and the water to flow over.

Last year Lehi underwent about $1.5 million in improvements, increasing the size of culverts to allow for better flow. But that doesn’t solve the problem.

“If the water can’t get to the ditch, it doesn’t matter how big your ditch is,” Allred said.

With more rain and runoff still ahead, the city fears debris could be a big issue along the Waste Ditch and Dry Creek, potentially leaving hundreds of homes vulnerable to flooding.

“We’ll have guys from six to ten, ten to two and two to four, ultimately just cleaning out more debris, more tree branches and it will be a full-time job for the next few weeks,” he added.

While the Steele family waits for things to dry out, Kaylene was thankful it wasn’t worse.

“It’s pretty disheartening, but it’s just stuff, you know?" she said. "That’s how we get through it. We just keep saying, ‘It’s just stuff.’ We have our people, our kids are healthy, the dog is fine."

The Steele family has a fundraising page to help cover the costs of damages, which can be found HERE.

The city asks that residents stay vigilant, especially during peak water levels at night, and to call them if they see any issues or flooding. Residents can also receive sandbags from the city's water department.