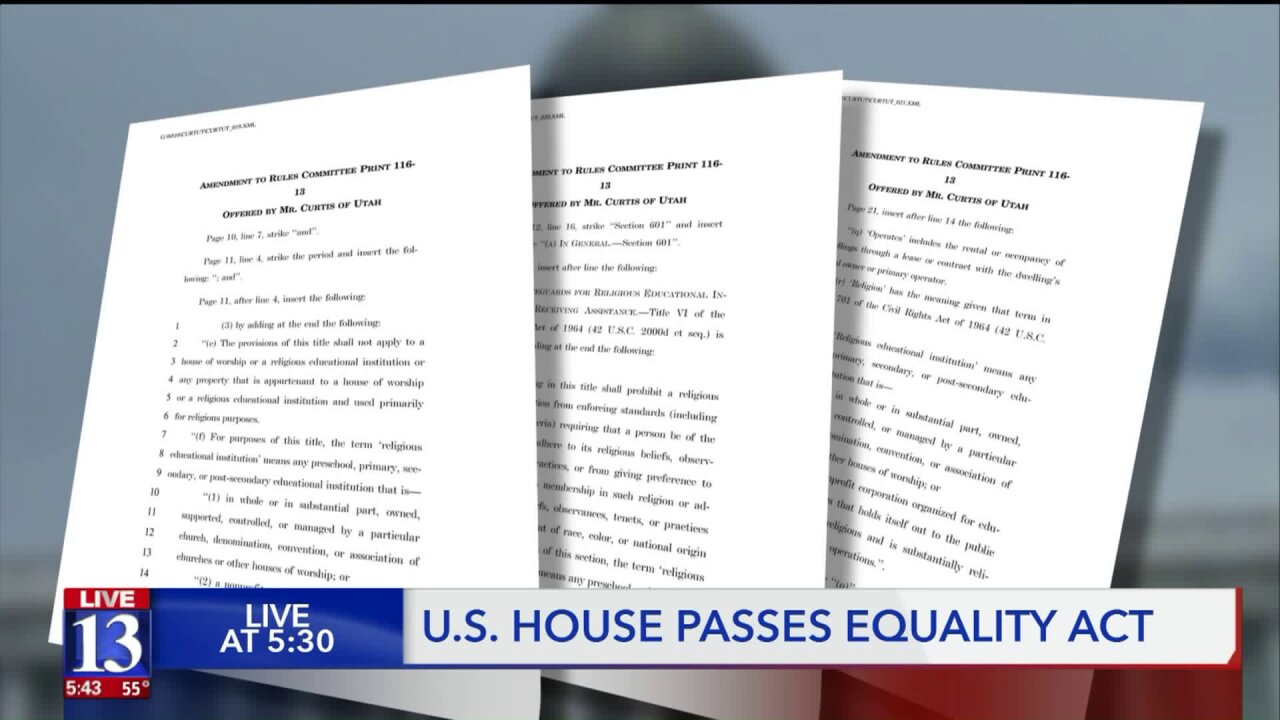 SALT LAKE CITY -- Every member of Utah’s delegation in the House of Representatives said they support rights for members of the LGBTQ community, but just one of the four voted for the Equality Act that passed on Friday.

Fourth District Representative Ben McAdams, a Democrat, co-sponsored the legislation, saying it affords the same protections to LGBTQ Americans identical to other civil rights without placing any restrictions on religious practice.

Utah’s Republican representatives are concerned the bill doesn’t provide an exemption for non-church institutions that are controlled by religious organizations and have a largely religious mission.

Third District Representative John Curtis, whose district includes Brigham Young University, tried to change the bill with three amendments, all of them saying a religious school could exclude people who are not members of the religion or who do not adhere to its beliefs and practices.

Curtis’ proposed amendments all say religious schools cannot exclude someone because of their race, skin color, or national origin.

While the bill had some Republican votes, the Republican-controlled Senate is unlikely to consider the measure.