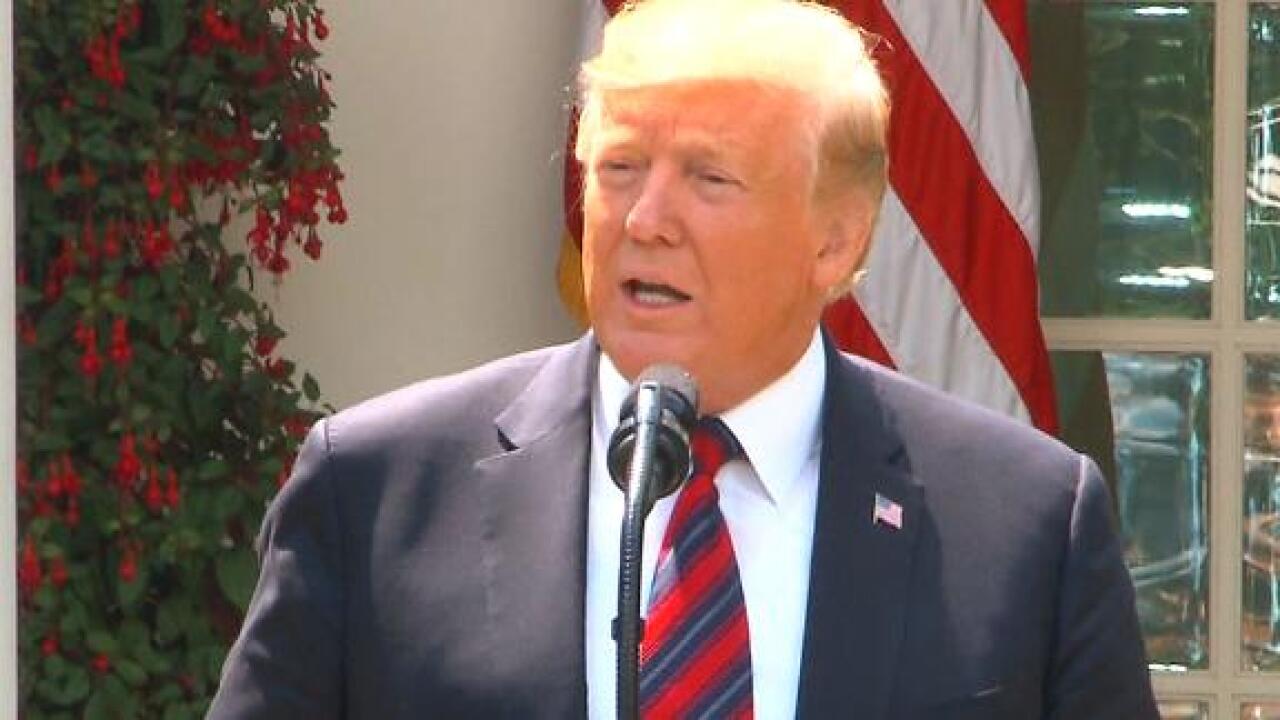 President Donald Trump announced a broad plan to reform border security and legal immigration during a speech on Thursday afternoon, calling for changes that would favor young, educated immigrants instead of those with family ties to the US.

Yet even as Trump cast the measure as a consensus plan that would finally solve one of Washington’s most intractable challenges, there were signs the proposal faces an uphill battle for consensus even among the Republican Party’s own ranks. And Democrats are all but certain to oppose it, deeming its reforms drastic and inhumane.

The measure calls for replacing longstanding family-based immigration rules with a points-based system that would favor highly-skilled, financially self-sufficient immigrants who learn English and pass a civics exam.

It does not propose any legal status for young immigrants brought to the United States as children, a group known as Dreamers, leaving that issue unresolved.

In remarks from the Rose Garden, Trump said the plan would “transform America’s immigration system into the pride of our nation and the envy of the modern world” while filtering out what he said were “frivolous” claims of asylum.

“Our proposal builds upon our nation’s rich history of immigration, while strengthening the bonds of citizenship that bind us together as a national family,” he said.

Trump boasted his measure was not drafted by politicians, but instead utilized input from law enforcement professionals to make the US southern border “100% operationally secure.”

Yet it is politicians who will ultimately need to vote for the proposal, and there hasn’t been clear buy-in from Republicans on Capitol Hill on the plan, which was spearheaded by Trump’s son-in-law and senior adviser Jared Kushner. Even within the White House, there are divisions over how to approach immigration policy, though one administration official disputed that.

A senior Republican familiar with internal and external White House discussions told CNN that while some at the White House, such as Trump’s immigration adviser, Stephen Miller, want to focus the West Wing’s efforts mostly on border security issues, others like Kushner say they are willing take a broader approach.

This broader approach is likely to eventually include using the Obama-era Deferred Action for Childhood Arrivals program to strike a deal with Democrats, the source said. But Trump made no mention of the DACA program in his remarks on Thursday, and the current proposal does not contain any nods toward granting that group legal status.

Trump’s Thursday event also served as another opportunity to press his case for the building of his long-sought US-Mexico border wall and rally his base with the hardline rhetoric against illegal immigration that has marked his campaign trail speeches.

Trump said his plan would include a border security trust fund, paid for with fees collected at border crossings. And he again proclaimed that work on his long-touted wall was underway.

When Kushner briefed Senate Republicans on the plan earlier this week, some participants left saying they were “underwhelmed.”

On Wednesday, Republican Sen. Lindsey Graham introduced legislation that would, in part, change the asylum process, saying “the White House’s plan is not designed to become law.”

Trump offered a nod of approval to Graham’s plan on Thursday, but cast the measure as an immediate fix compared to the longer-term solution he was introducing.

The White House proposal, however, remains short on concrete details and omits discussion of the DACA program, which Democrats have repeatedly said they want resolved. Though Republicans have expressed interest in pursuing a path to citizenship for DACA recipients, a senior administration official said the White House is not addressing the topic because it “is still divisive with Republicans.”

Officials said the principles of Kushner’s proposal, if implemented, would shift away from a majority of individuals coming into the US based on family ties to having a majority coming in based on skill and employment. The total number of immigrants admitted into the United States, the officials said, would remain the same.

The plan would also implement a point-based system for visas, which would take into account age, English proficiency, offers of employment and educational or vocational certifications. The plan would also create a new program which would permit some foreign students to obtain a visa allowing them to immediately transition into the American workforce, instead of having them obtain a worker visa following graduation.

Just before the White House unveiled its immigration proposal, the mood on Capitol Hill was largely one of shrugs.

The proposal, which many lawmakers are quick to describe as well-intentioned, isn’t expected to provide the immigration breakthrough that has eluded lawmakers for the entirety of Trump’s presidency, and Obama’s before that.

“I don’t see that the will is there to do it. I commend the White House and the President for what I think is going to end up to be sort of a broad outline of things that are important, but I’m unfortunately pessimistic as to what the future holds,” Sen. Shelley Moore-Capito, R-West Virginia, said. “I just think both sides are going to have a hard time getting together on this.”

Sen. Susan Collins, a moderate Maine Republican, said that any immigration effort worth undertaking should include a fix for DACA recipients.

And Sen. Chuck Grassley, a member of Judiciary Committee, said Kushner’s plan might “unite Republicans, which is something in this business,” but pressed on if it would survive in the Senate, noted the problem with the legislative math. The White House would need 60 votes for passage, an uphill climb in a chamber narrowly held by the GOP.

“Do the Democrats want to solve this problem or do they want an issue for the election?” the Iowa Republican asked.

In recent days, lawmakers are simply unmoved to spend much time on an issue they feel has been litigated over and over to little resolution.

That challenge has been made harder by a President who has proven fickle in his stance, even as he prepares to use it as a campaign issue during his upcoming reelection bid.

“Last time, we thought we were moving in the same direction as the administration. We found out two days before the vote that they were not supportive of what we were doing,” one Republican senator said about past efforts.

Trump, meanwhile, said Thursday that passing the measure should be an incentive to vote for Republicans.

“If for some reason, possibly political, we can’t get the Democrats to approve this merit-based high security plan, then we’ll get it approved immediately after the election when we take back the House, keep the Senate, and, of course, hold the presidency,” he said from the Rose Garden. “Wouldn’t it be nice to do it sooner?”