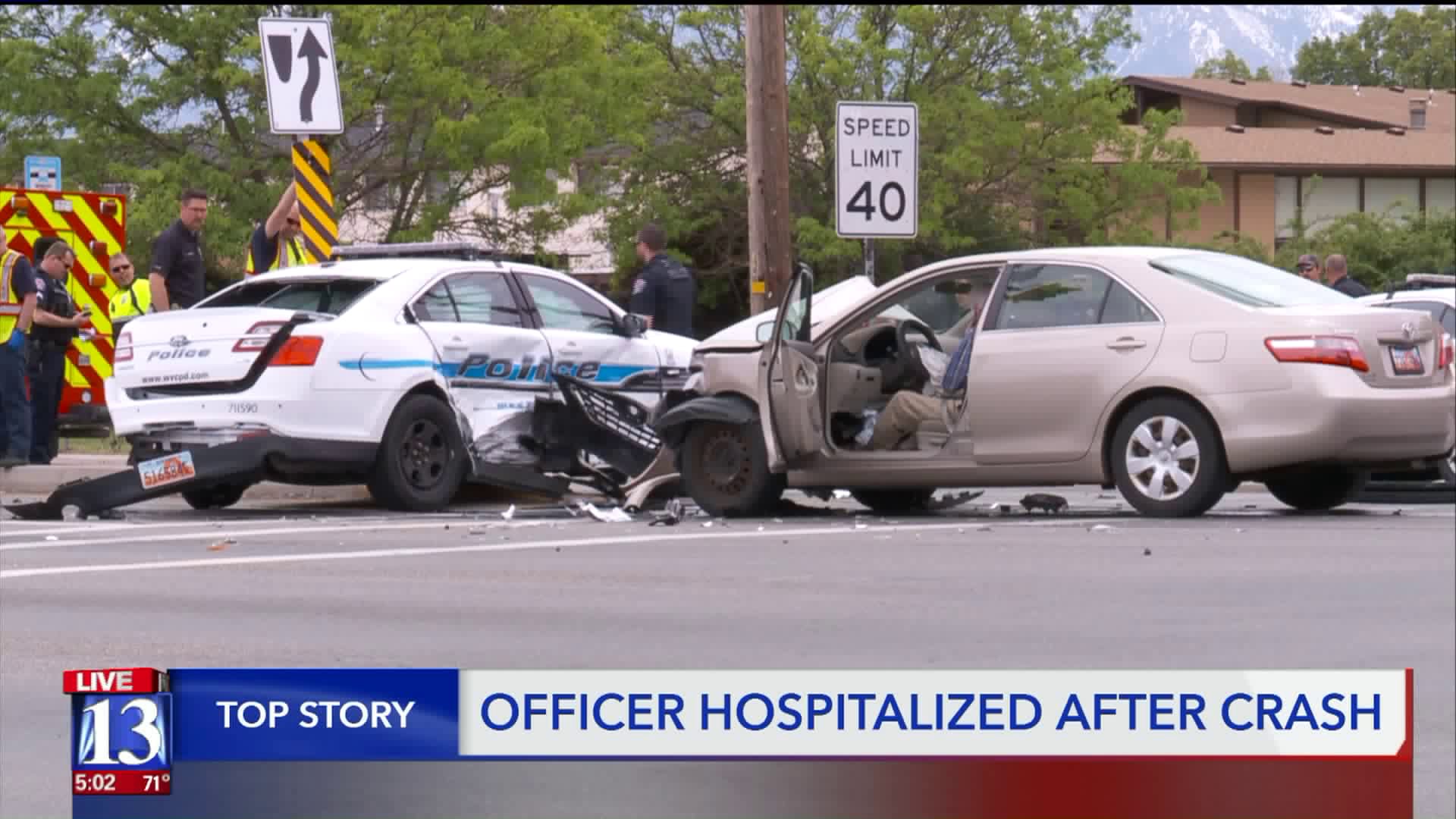 A police officer was taken to a hospital Thursday morning after authorities said another driver ran a red light and collided with a patrol vehicle. 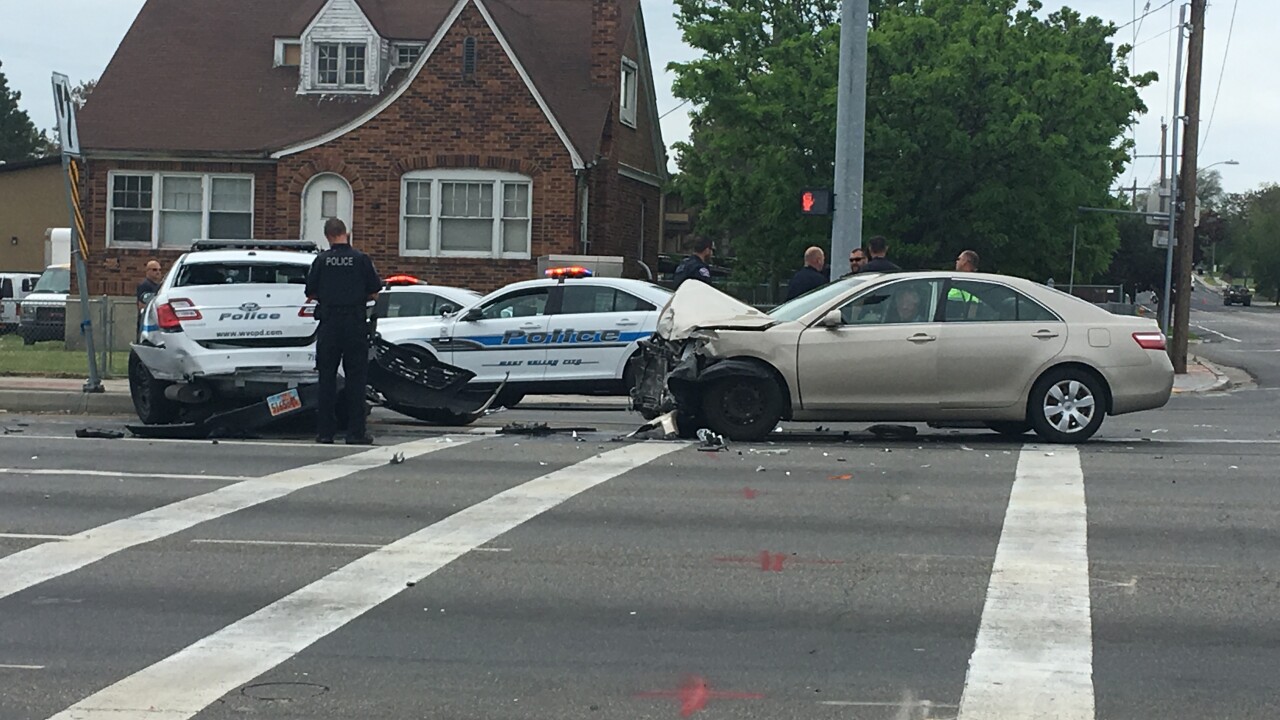 WEST VALLEY CITY, Utah — A West Valley City Police officer is recovering after police said his vehicle was hit by a driver who ran a red light.

Police said a West Valley City officer had the green light and driving eastbound on 4100 South when he came to the intersection with 4000 West. According to West Valley City Lt. M.T. Johnson, a driver heading north ran a red light.

"The person who was traveling north ran the red light and struck him on the passenger side," Johnson said.

The impact caused his car to spin out.

"Struck a car that was waiting here on the westbound lane to turn south on 4100 south," Johnson said.

Police said nobody involved in the crash was injured, except the officer.

"The officer was complaining of head and back pain so he was transported to the hospital by one of our other officers," Johnson said.

Since the crash involved one of their officers, it's not being investigated by West Valley City police. Unified Police is handling the investigation and say there are no initial signs of impairment or distraction. 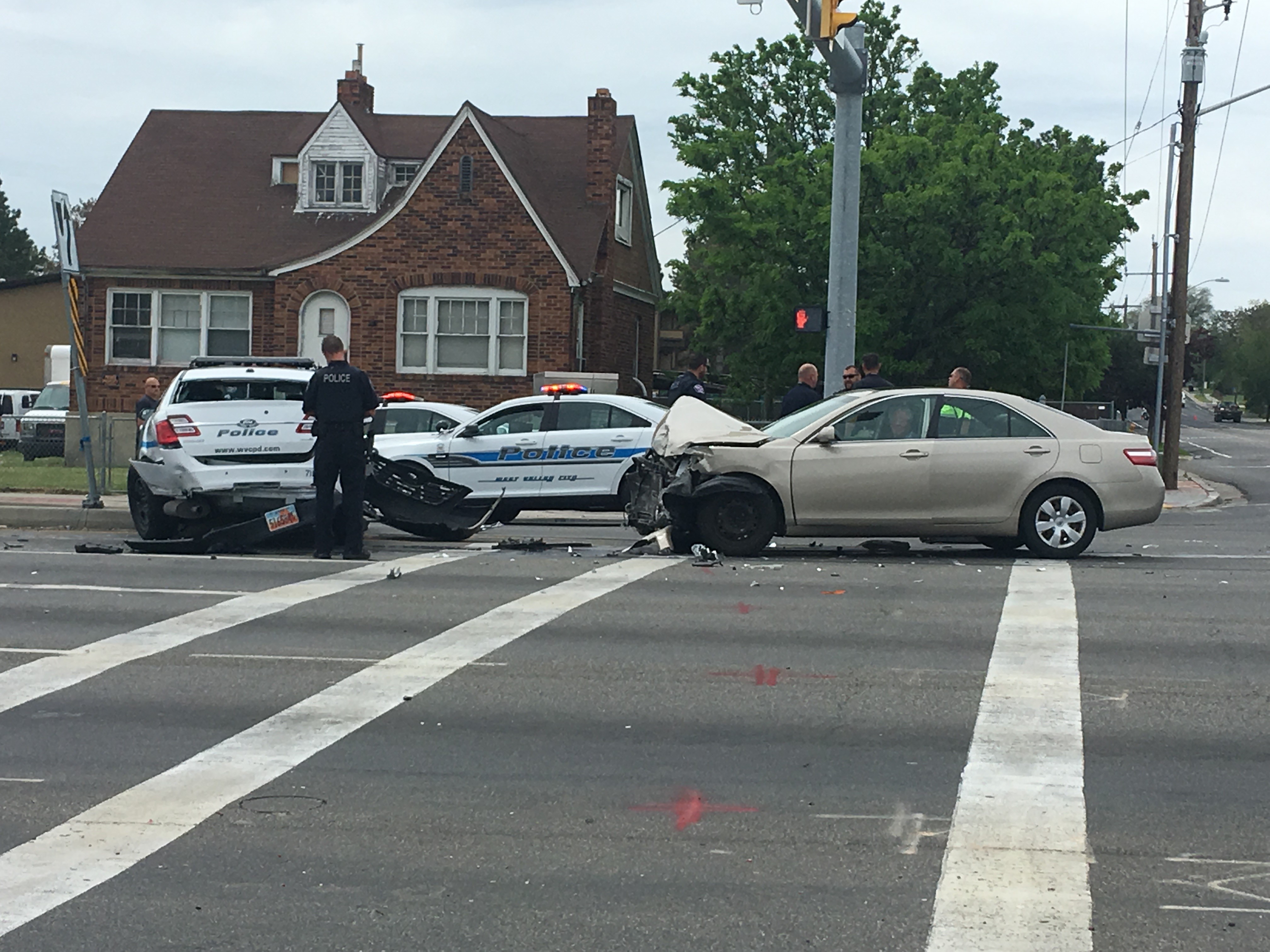