Utah will treat medical cannabis just like any other prescription drug 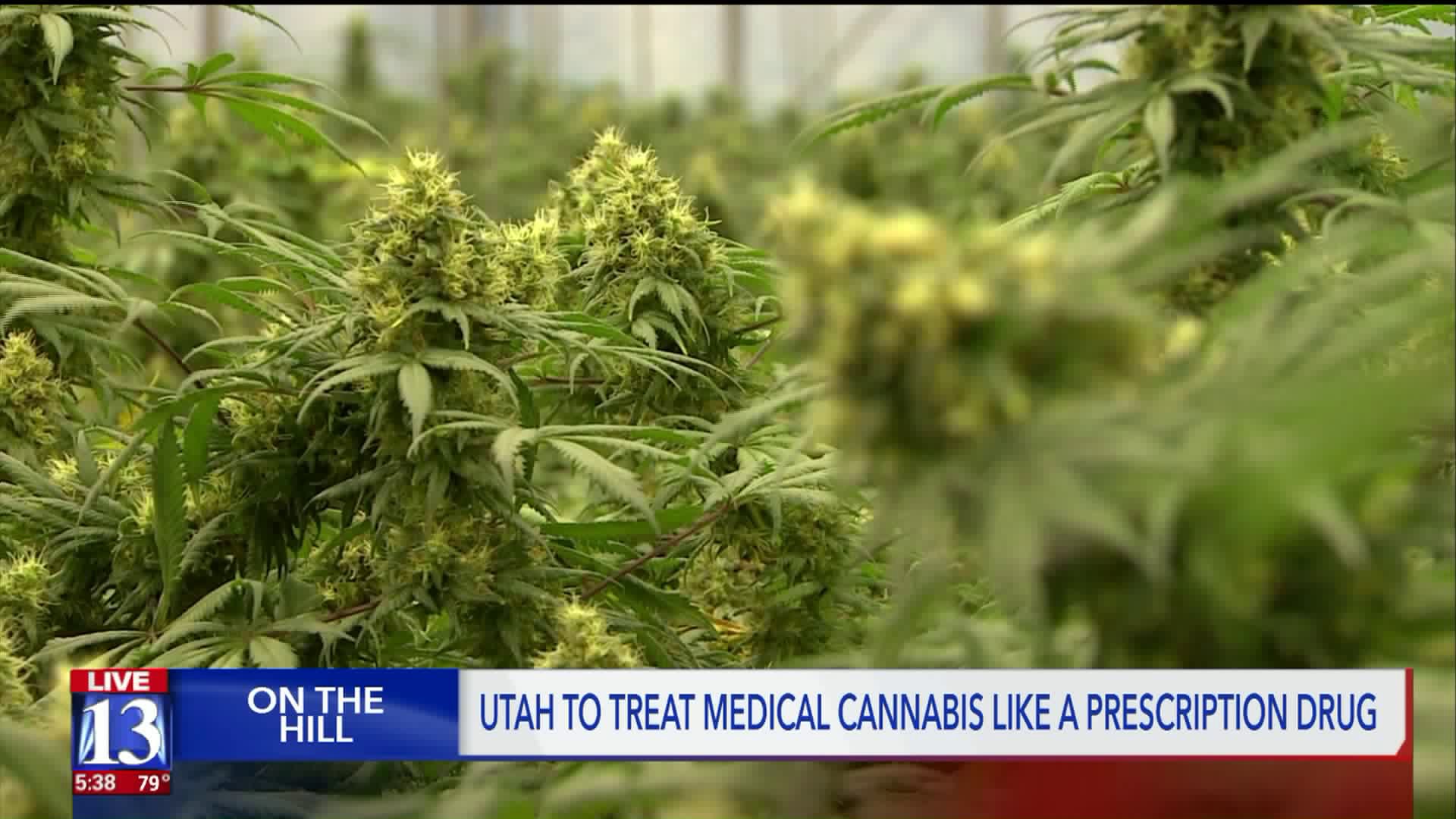 The state of Utah will treat medical cannabis just like any other prescription drug; the announcement was made Wednesday at a meeting of the Utah State Legislature`s Health & Human Services Interim Committee.

SALT LAKE CITY -- The state of Utah will treat medical cannabis just like any other prescription drug.

The announcement was made Wednesday at a meeting of the Utah State Legislature's Health & Human Services Interim Committee. During a presentation by the Utah Department of Occupational and Professional Licensing, the agency announced it would treat medical marijuana use the same as any other controlled substance or prescription medication.

"We won't pursue disciplinary action against those licensees that receive medical cannabis treatment under the act," Deborah Blackburn, DOPL's Regulatory and Compliance Officer, told the committee.

What it means is people who have everything from a cosmetology license to a doctor's license will not face the threat of losing their livelihood if they're a card-carrying medical cannabis user.

When asked by FOX 13, Rep. Brad Daw, R-Orem, who chairs the committee, said he believes that same protection would extend to private employment.

"If a private employer fires somebody and it’s because you use cannabis, as state law we say look, that’s a legal use of cannabis and clearly that creates a right of action for an employee to say, 'Look, you can’t fire me just because I’m using a medically prescribed product,'" he said.

Rep. Daw said in his mind, medical cannabis is no different than any other prescription narcotic now.

"It sends a message that it’s a medication like any other medication. It has its upsides, it also has abuse potential and we need to be aware of that," he said.

Christine Stenquist, the president of Together for Responsible Use and Cannabis Education (TRUCE) praised the decision.

"We need to treat it just like any other medication. It needs to be respected as such so we don’t have patients fired for using their medicine," she said.

Voters approved Proposition 2, which legalized medical marijuana in Utah. The legislature quickly met in special session to replace it with their own bill, creating a state-run dispensary network. The legislature ordered state agencies to grow and hand out medical cannabis to qualifying patients.

On Wednesday, the committee also got a briefing on the state's aggressive timelines for the state's cannabis program. The Utah Department of Agriculture and Food said it planned to have marijuana ready for distribution by January 2020. The Utah Department of Health said it would have it ready for distribution from state-run pharmacies by April 2020. There will also be seven privately-licensed pharmacies expected to be running by March.

Stenquist told FOX 13 she was skeptical the program would actually get off the ground. She said the seven privately-run dispensaries would likely be located along the Wasatch Front.

"We are looking at our rural counties not having access. That’s problematic," she said.

If the state-run program fails to be implemented, Stenquist said she believed patients would continue to use the black market. Right now, Utah allows them to have an "affirmative defense" from prosecution if they are a legal medical cannabis user but how patients get the marijuana is on them.

"There’s no other way for patients to get access. They’re going to continue to use the black market. So then we have, 'You’re only legal if you’re privileged enough to live in the rich heavy populated areas of the state.' That’s not right," she said.

Connor Boyack, the president of the Libertas Institute, told lawmakers he planned to return to the legislature next year with a list of things to expand. He said there were still problems with patients facing prosecution, more qualifying conditions to be added and they do need more dispensaries across Utah.

But Boyack, who was involved in the Prop. 2 campaign and negotiated with lawmakers on the language of the replacement bill, said he was confident a program would be up and running next year.

"There’s going to be medical cannabis pharmacies, dispensaries with products to sell. We have those triggers in the law should those things not work out," he said. "Things will only get better."