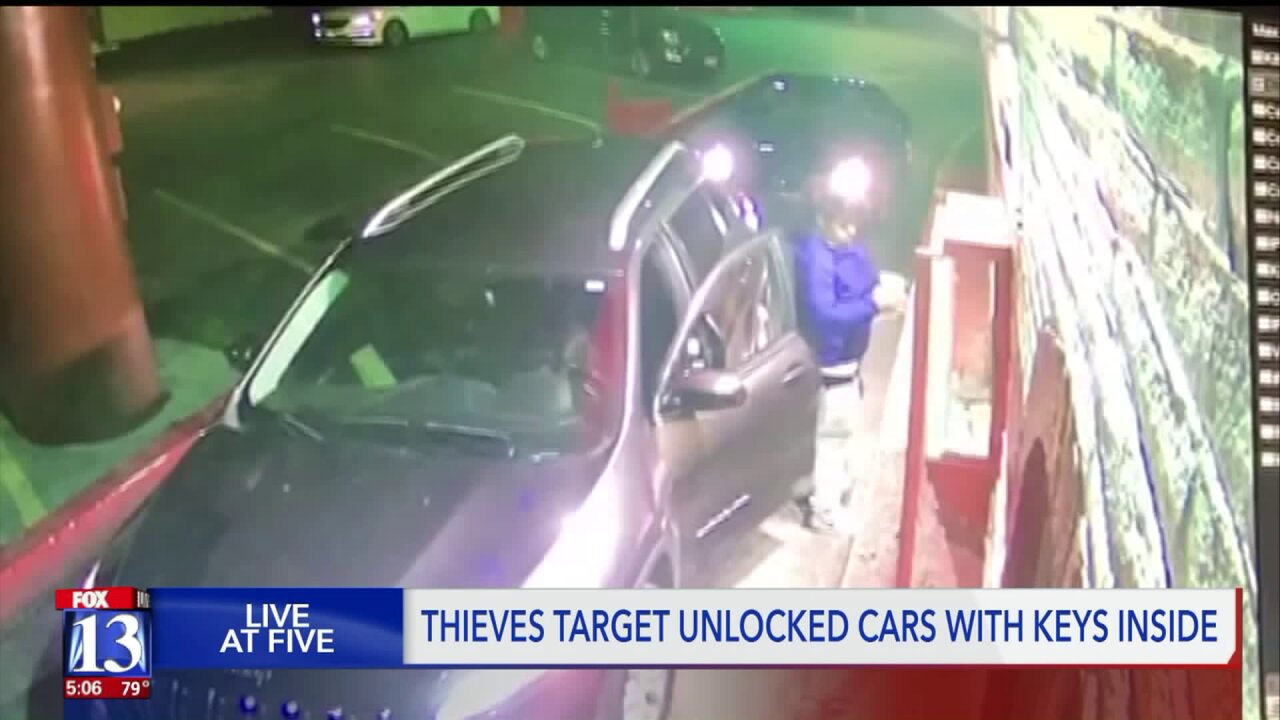 PLEASANT VIEW, Utah — A warning from police that even “safe” communities can be targeted after thieves looked for an easy opportunity in Pleasant View.

“I thought that couldn’t happen to me,” Sally Kitchen said.

Not much happened on Kitchen’s dead-end street until her husband went to the garage Thursday.

The family’s red 2013 Chevy Volt was stolen right from their garage in the middle of the night.

“They were just checking all the cars around and [my garage] was open. My keys were in it and it was just easy to steal it,” Kitchen said.

The thief threw out Kitchen’s purse but used at least one credit card.

Surveillance video given to the family shows a man in a Jeep using Kitchen’s credit card to buy $14 in breakfast food at the Betos in Ogden.

In Salt Lake City, nearly two dozen cars were stolen within two weeks the same way in April. It happens, Hadley said, when people get a false sense of security.

It’s also a good idea to keep your neighborhood safe by calling police if you see anything suspicious.