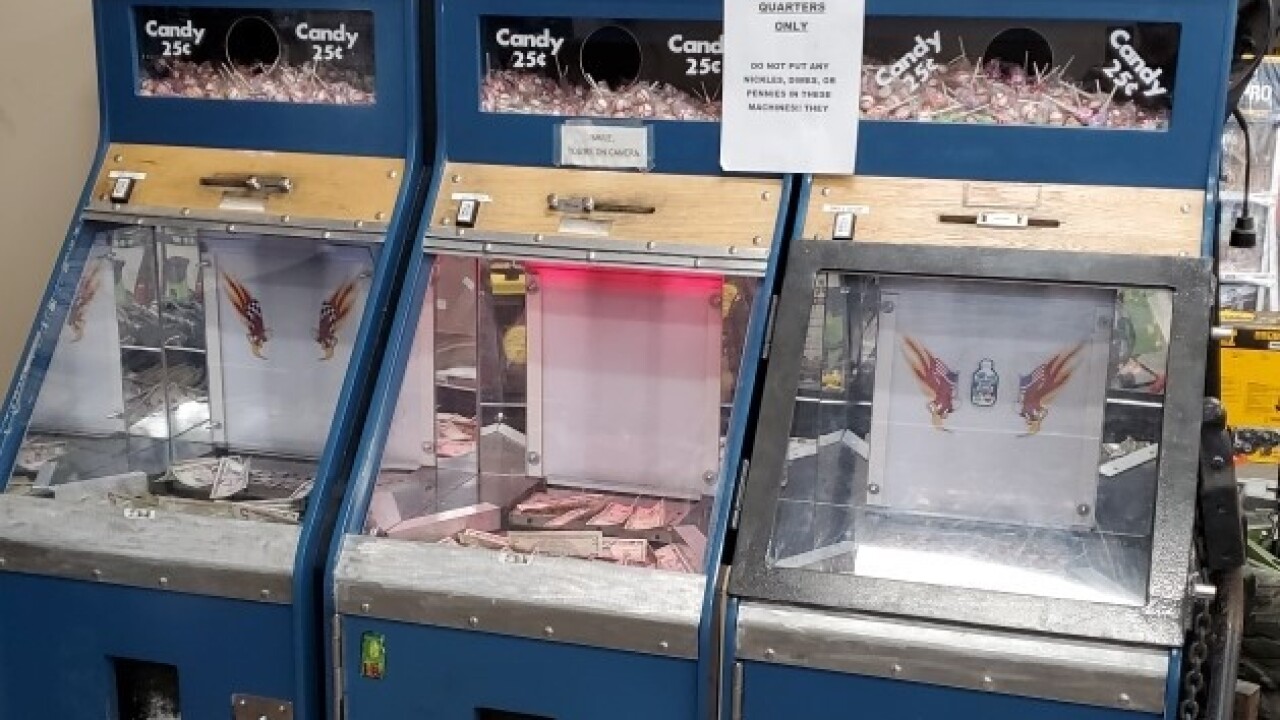 Police said technicalities in Utah’s former gambling law provided a possible loophole, but that loophole was closed on May 14 at midnight when the new law went into effect and owners throughout the state were given notice of the change.

The store, Castle Country Hobby & Pawn, is owned by 55-year-old Marty Robbins of Price and police said the Carbon County Attorney’s Office will review police reports and decide what charges are appropriate to file.

Gambling or possessing a gambling device is a Class B misdemeanor for a first offense.

Police said the slot machines were covered by an “out of order” sign but were plugged in and allegedly still fully functional. No money was seized with those machines, police said, but an undisclosed amount of cash was seized by the coin pusher machines.