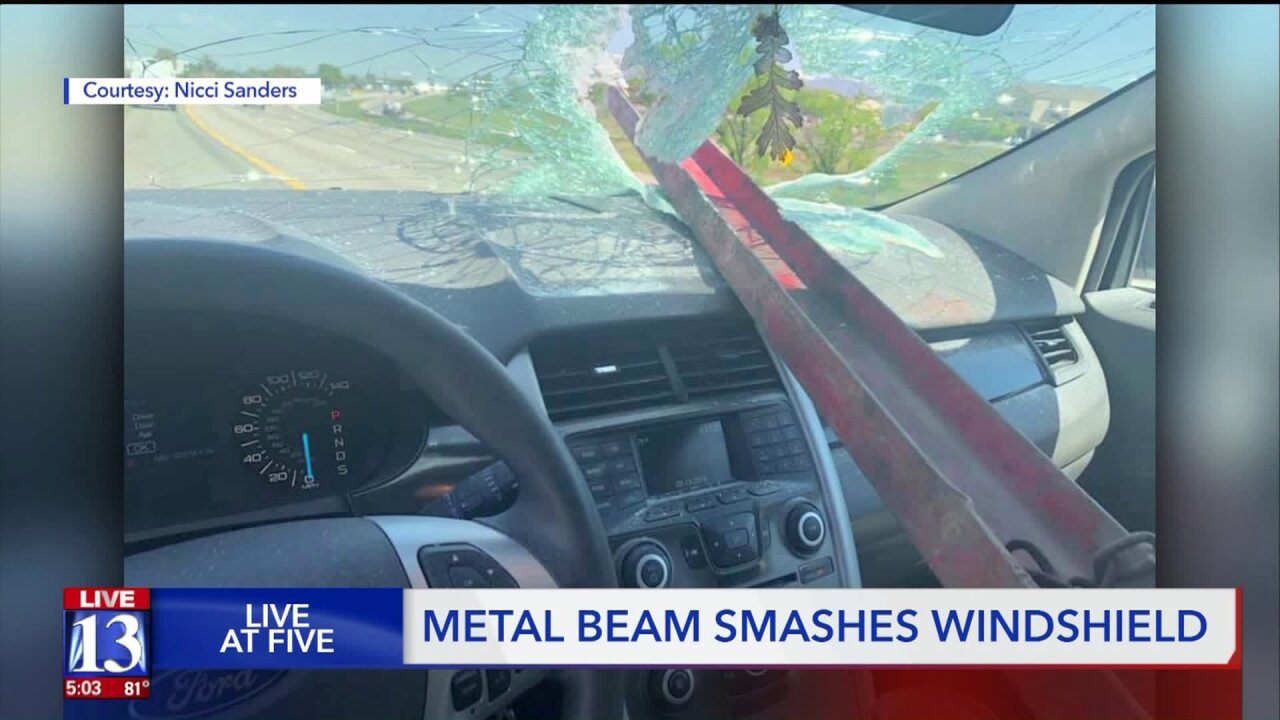 DAVIS COUNTY, Utah — A near miss on Interstate 15 left a driver rattled and thankful to be alive.

Nicci Sanders was headed north toward Ogden Monday morning when she noticed an object flying toward her car.

Sanders had just seconds to react.

“I really didn’t know what to do other than to try to keep my car in control,” Sanders said.  “I moved to the left as much as I could without going off the edge of the freeway.”

That quick thinking moved the car just enough so the 4-foot metal beam missed hitting the driver’s side.  Instead, it slammed into the passenger side of the windshield.

“It exploded.  I was covered in glass from head to toe.  It was spilling out of my ears this morning,” Sanders said.

She didn’t even suffer a scratch.  She’s thankful she was paying attention and fears this could have had a much darker outcome if she had been driving distracted.

“It just could have been so terribly wrong,” Sanders said.  “That’s the miracle.  That you’re completely focused on the road.  You are aware of everything.”

She hopes this serves as a wake-up call for anyone transporting heavy items or cargo.

“Any service vehicle needs to be inspected.  Body inspections need to be done.”

Utah Highway Patrol eventually caught up with the truck, and the driver was cited for failing to secure a load.

Sanders is still trying to get over the shock of what happened.

It may take some time before she feels comfortable driving on the freeway again.

“I drove today, and there is some doubt,” Sanders said.  “I’m just scared to death now.”