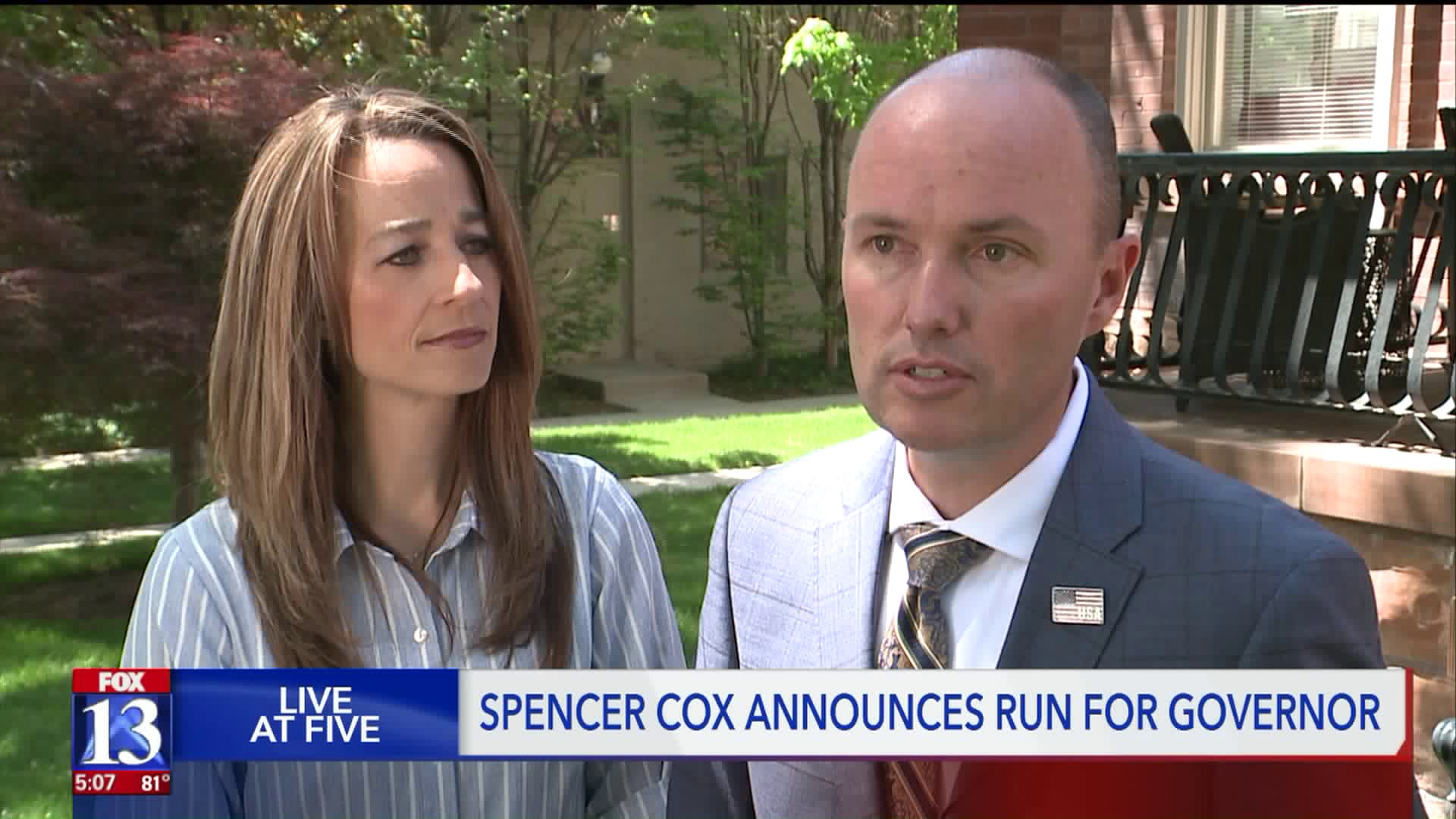 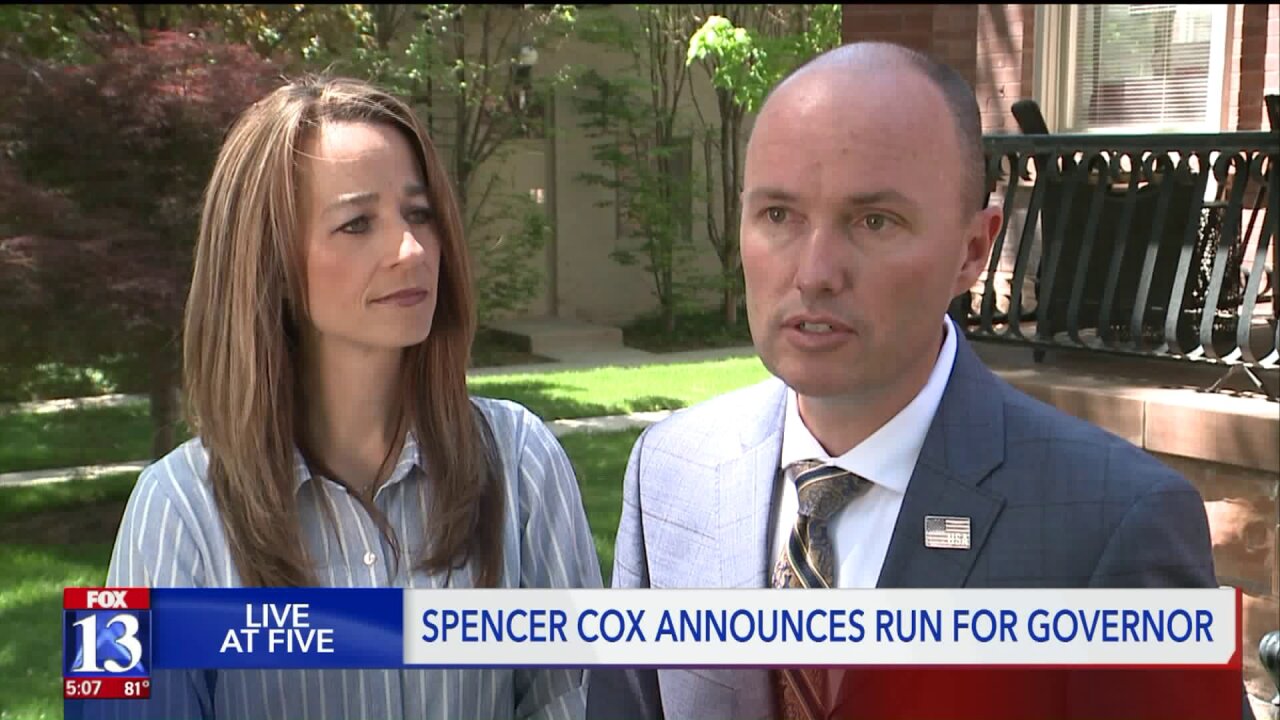 In a video posted on social media Tuesday morning, Lt. Gov. Cox confirmed he will seek the Republican nomination for governor in 2020.

"Many months ago, the governor asked us to consider running," Cox told FOX 13 in an interview on Tuesday. "We've taken time as a family, sat down and talked to lots of people throughout the state."

Cox began as a city councilman in the tiny farming community of Fairview in 2004 and rose to a state lawmaker. He was tapped to be Gov. Gary Herbert's second-in-command when Greg Bell resigned.

Tuesday's announcement was highly expected. In January, FOX 13 first reported on a fundraiser luncheon thrown for him by Gov. Herbert. At the time, Lt. Gov. Cox said he was "90% there."

The announcement by Cox makes him the automatic frontrunner in what could be a crowded field. Other names being thrown in the race include:

Gov. Herbert has previously said he does not plan to seek re-election.

"Jeanette and I are excited to see the Lieutenant Governor and his lovely wife Abby make this decision," the governor said in a statement to FOX 13. "We sincerely wish them well and hope for their success.”​

Cox said he envisioned growth to be the biggest issue of the 2020 race for Utah governor.

"We're in the middle of maybe the longest period of prosperity in our state's history, but with that comes these unique challenges," he said. "We're seeing it with education, transportation and air quality."

Jason Perry with the University of Utah's Hinckley Institute of Politics said Cox jumping into the race so early may signal to others to stay out.

"People in the state who are thinking about becoming governor -- and there are a lot of them -- they're considering now when do I make my announcement if I'm going to do it. And they're wondering about him getting ahead and the people who are going to start donating to him."

So far, no Democrats have publicly indicated they are interested in running. The Lt. Governor, widely regarded as a moderate Republican, has appealed to some on the left as well.

Perry said Cox has carved out a stance as a centrist with right and left appeal. Cox, in his capacity as director of elections, was recently sued by the Utah Republican Party over how candidates get on the ballot. The U.S. Supreme Court declined to hear the case and political candidates can gather signatures or go through the caucus/convention system, like the GOP prefers.

"I'm as conservative as anyone else out there," he said. "But the difference is I try to show and we as a family try to show how much we care about other people. So much of the problems in our state aren't going to be solved by partisan politics, but by listening to people and bringing people together."