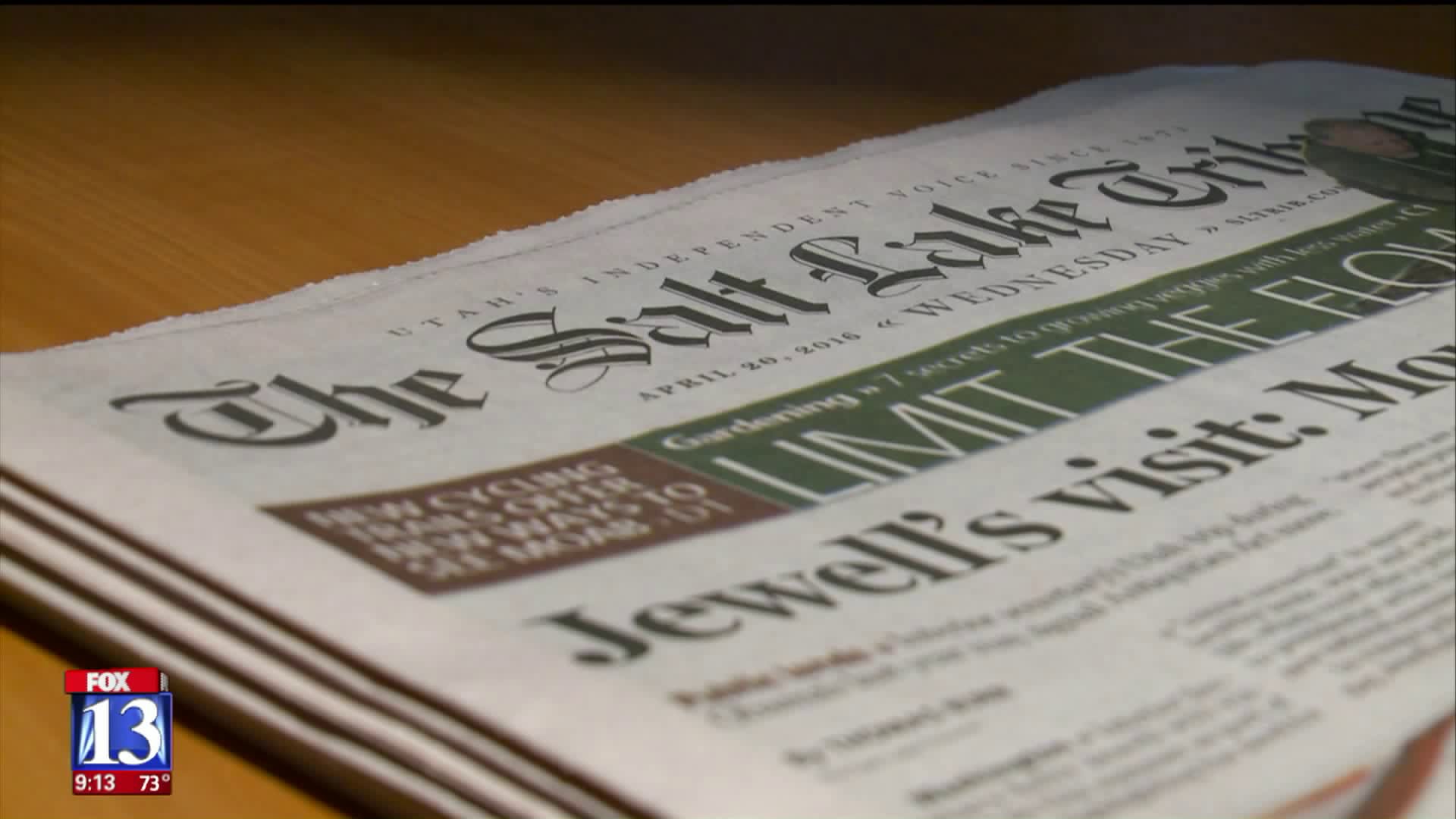 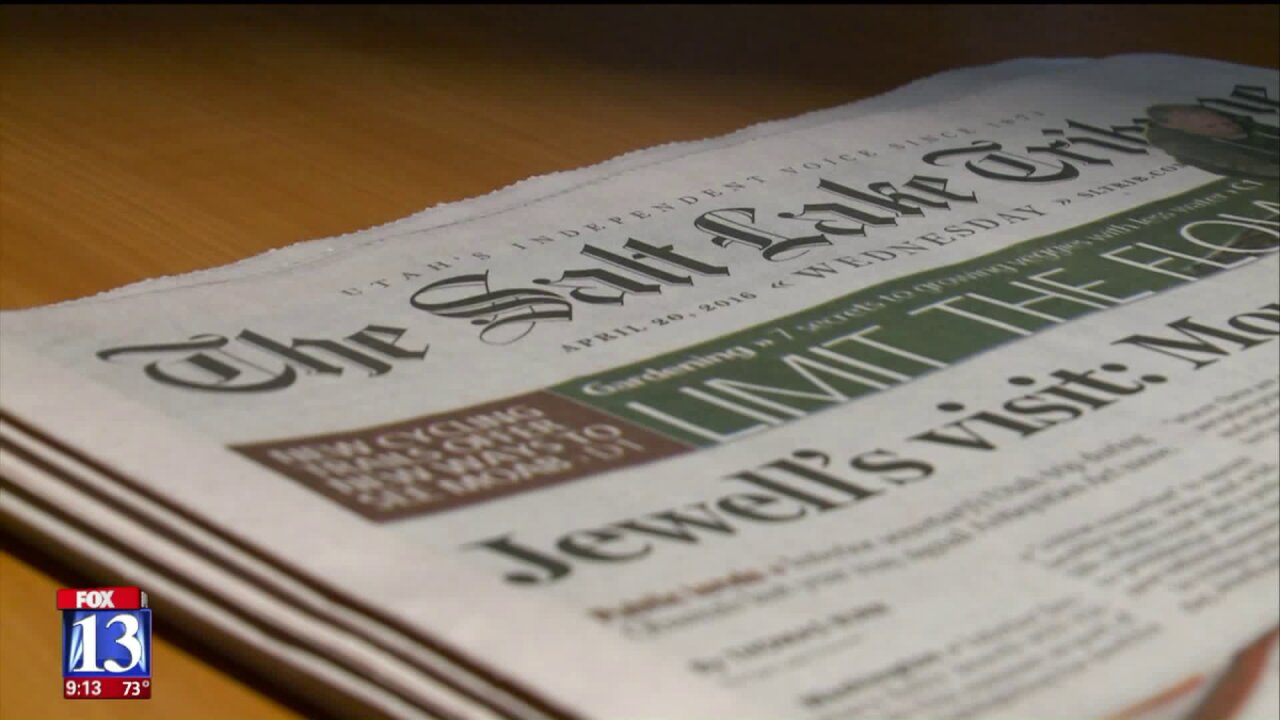 In an interview with FOX 13, Huntsman said paperwork had already been submitted to the IRS and he is anticipating approval early next year. The plan would be to make the Tribune a 501(c)3.

Huntsman said that when he purchased the Tribune three years ago, newspapers were already seeing deep declines in revenue. Daily newspapers nationwide lost 60% of their ad revenue between 2005 and 2014. That deterioration has only accelerated over the past two years.

"Digital advertising, digital revenue and philanthropy will be the third leg of the stool that will support local journalism longterm," he said.

The Tribune will transition from a for-profit newspaper that began 147 years ago to a nonprofit organization.

"Creating a longterm endowment which the interest from that endowment will be able to provide kind of that third leg of the stool that I was talking about to help sustain quality journalism," he said.

The new Tribune would be similar to public radio or public television. Huntsman told FOX 13 he is also modeling it after the nonprofit investigative journalism site ProPublica. Traditional newspaper subscribers could be called "members." There would be a board overseeing the Tribune (but Huntsman maintains his ownership).

Huntsman told FOX 13 one thing that would end is the paper's often-controversial editorial endorsement of candidates for political office. He said it was something he had been considering for a time, but the nonprofit status of the Tribune would also push the practice to end.

The newspaper could still take advertisements, but there's a tax structure change for those. Huntsman also said there were no plans to stop publishing a daily print edition. The newspaper's joint operating agreement for print publishing with the LDS Church-owned Deseret News ends next year.

While the Tribune cannot solicit public donations until the IRS grants 501(c)3 status, Huntsman told FOX 13 he was heartened by offers already of financial support from the community and big donors.

Huntsman said he views the Tribune as a community asset and this is necessary to ensure the newspaper's survival.

Note: FOX 13 and The Salt Lake Tribune are in a news-sharing partnership.