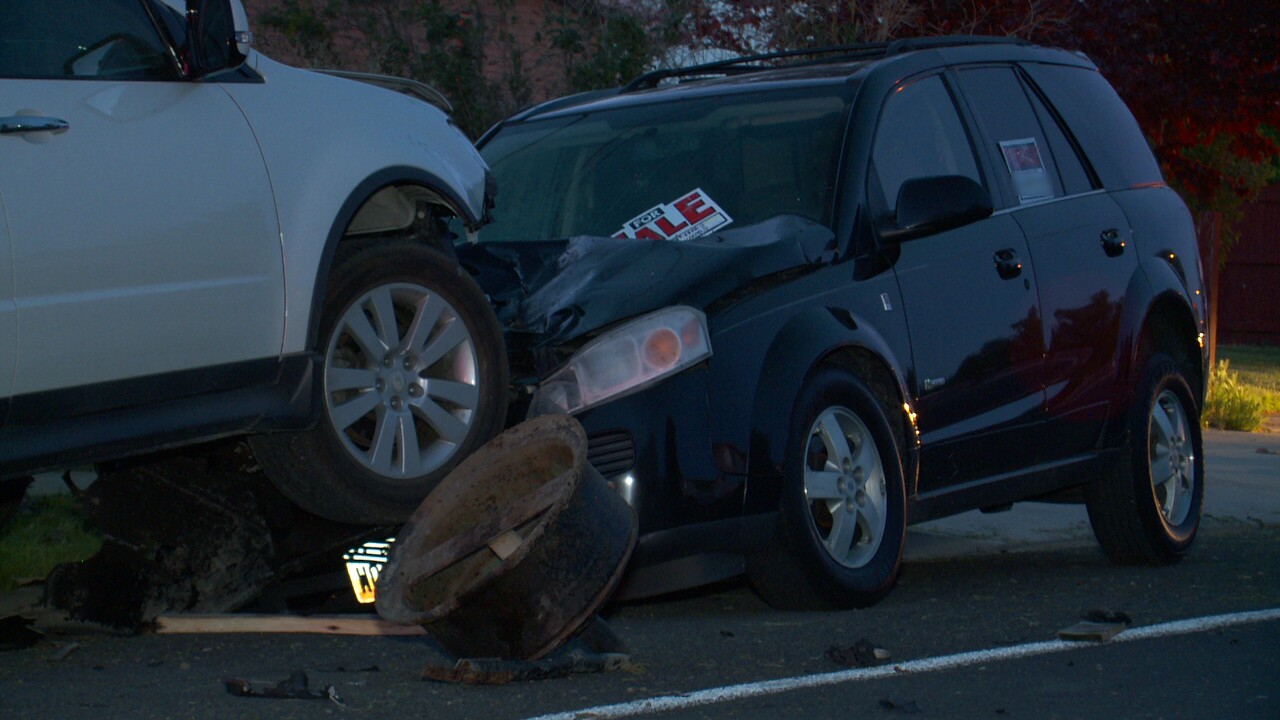 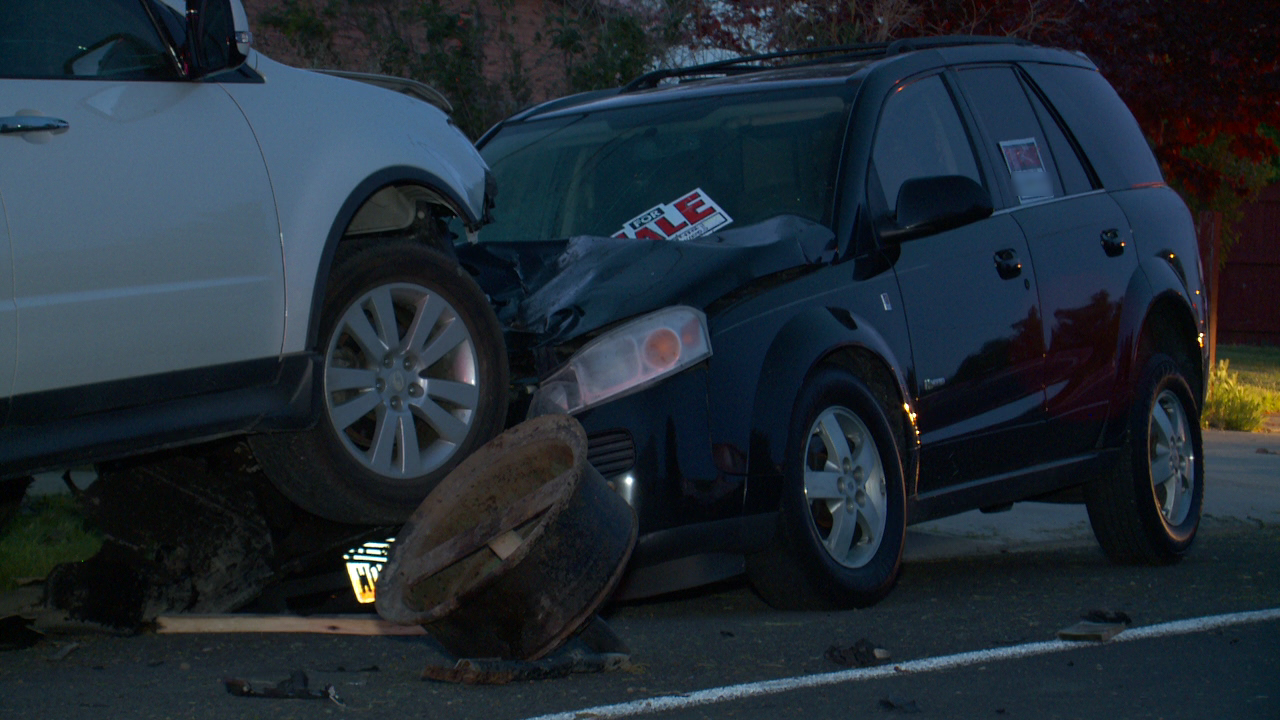 TAYLORSVILLE, Utah — Police are looking or two people who fled the scene of a crash that damaged a power pole and a fire hydrant early Monday morning in Taylorsville.

Officer J. Cardon of the Unified Police Department said the crash occurred just after 5 a.m. near 4800 South and 3600 West.

A driver was going northbound on 3600 West at a high rate of speed, and then crossed into southbound lanes and went up onto a sidewalk and struck a power pole.

The impact severed the power pole and the vehicle took out a fire hydrant before colliding with a parked car, which was not occupied.

The driver and a passenger both fled the scene and have not been apprehended.

The crash knocked out power for residents in a two-block area near the crash, and crews are on scene and working to make repairs.