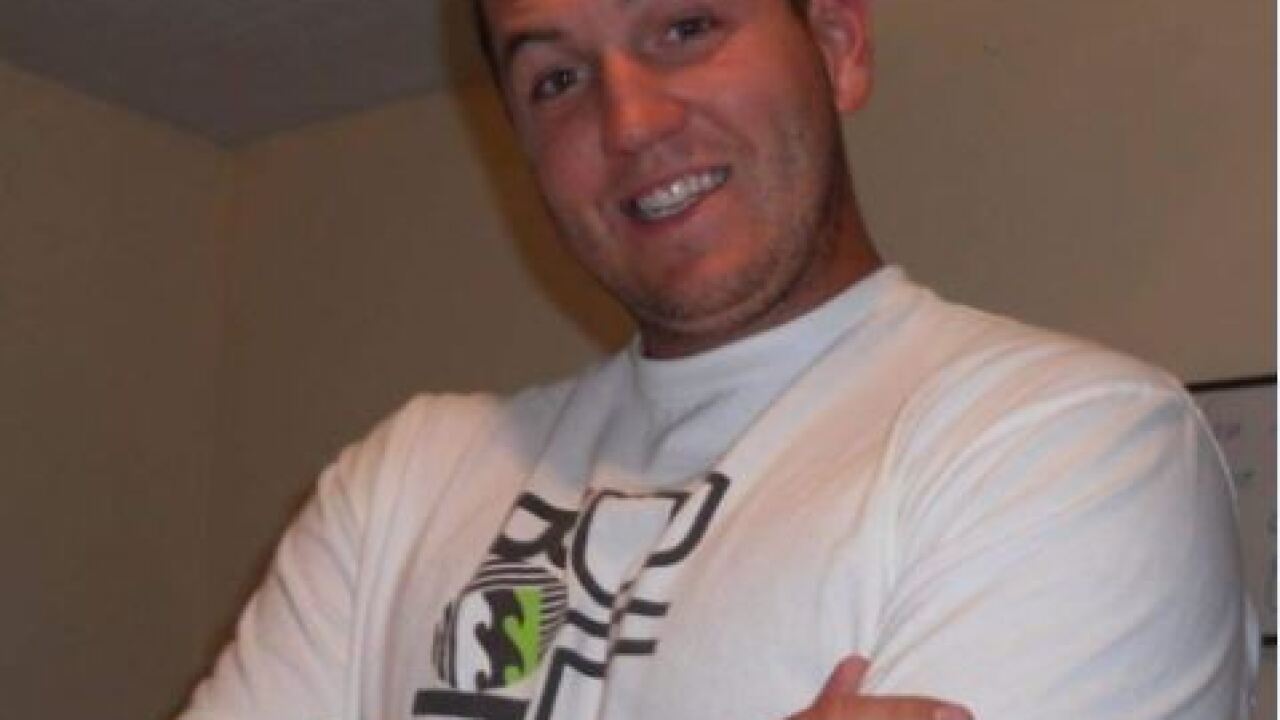 A photo of Ryan Holladay released by police.

BLUFFDALE, Utah – Police are looking for a man accused of shooting another man at his home in Bluffdale Sunday night.

A photo of Ryan Holladay released by police.

Officers are searching for the suspected gunman, who they identified as 36-year-old Ryan Holladay and said should be considered armed and dangerous.

Holladay is described as a white man who stands 6-feet tall and weighs 225 pounds. He has brown hair and hazel eyes. Police have also released a photo of the man.

Police said the black pickup truck he left the scene in was later located at Salt Lake City International Airport. Police do not believe the man boarded a flight from there and are working to determine if he had access to another vehicle.

Anyone who sees the man or who has knowledge of his whereabouts should contact police. Saratoga Springs/Bluffdale Police can be reached at 801-766-6503. In an emergency, dial 911.

Chief of Police Andrew Burton said there was a dispute about some landscaping work Holladay had been hired to do at the victim's home.

"They had had a disagreement about the billing and so forth, but almost without warning the man who came to the residence pulled a gun and fired, we believe he fired six shots," Burton said.

Police said the victim was hit once in the torso and once in the arm and that Holladay fled the scene.

The victim's mother put a tourniquet on his arm and drove him to a nearby fire station for further treatment before being taken to Intermountain Medical Center in Murray.

Burton said they did not locate any shell casings, so they believe the gun was a revolver.