Woman, 88, waved to students from her window for years. They gathered outside her home for one final goodbye 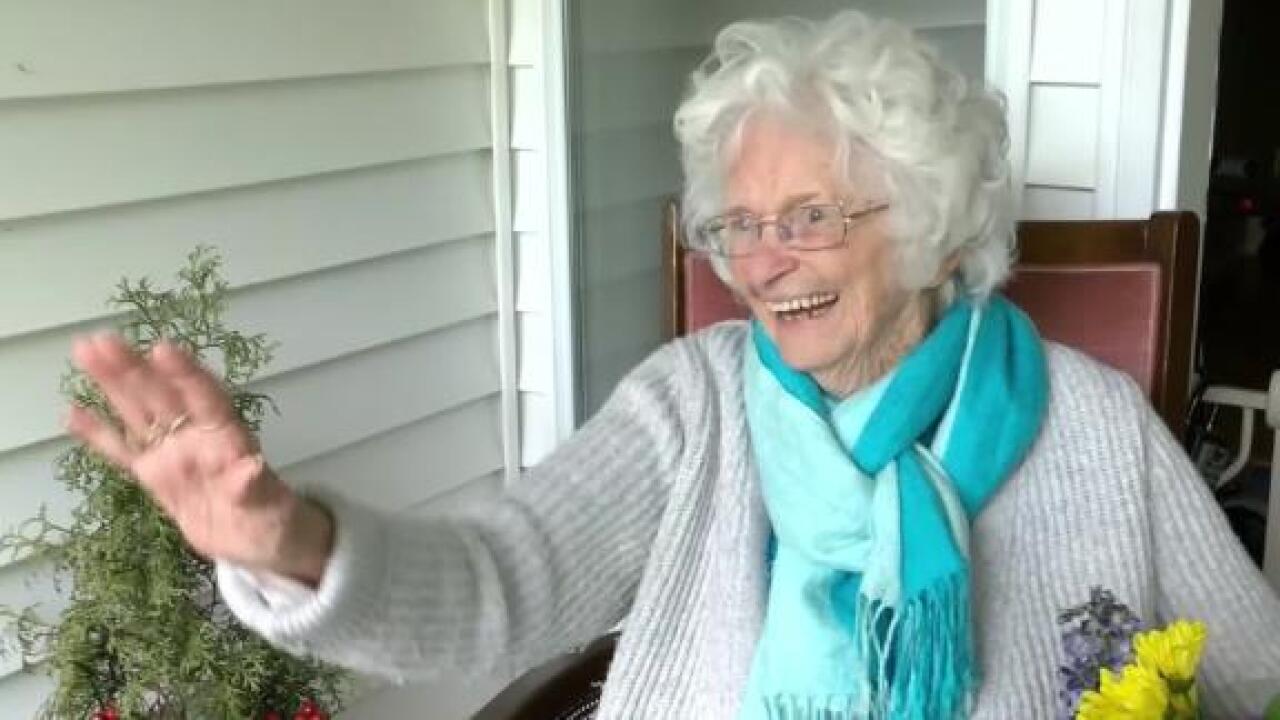 (CNN) — Tinney Davidson gave her neighborhood 12 years of warm hellos. And now that she is moving to an assisted living facility, they got together to give her the sweetest goodbye.

Davidson, 88, moved to Comox, British Columbia, with her husband in 2007, according to CNN’s news partner CHEK. Their home was near a high school, and every morning the couple would wave to the students passing by on the way to school. She developed a friendship with the students, and some would come and visit her at home, CHEK reported Friday.

She continued the morning ritual even after her husband died. “I just liked the look of the children and they all looked in and I thought, ‘If they’re looking in, I’ll wave to them,’ and that’s how it started,” Davidson told CHEK.

Davidson will be moving to an assisted living home, and will not be able to wish the neighborhood students well as they make their morning trek to school.

So last week, hundreds of students carrying signs and flowers walked together to Davidson’s home, stood on her lawn and blew her a collective kiss as she looked on from her porch, CHEK said. They carried colorful signs adorned with love hearts.

“We love you Mrs. Davidson,” one sign read. “Thank you for being awesome.”

Davidson sat on a chair, choking back tears as she waved back at the students one final time.

“I was shocked again that’s there’s so many kids that want to say goodbye to me,” she said.