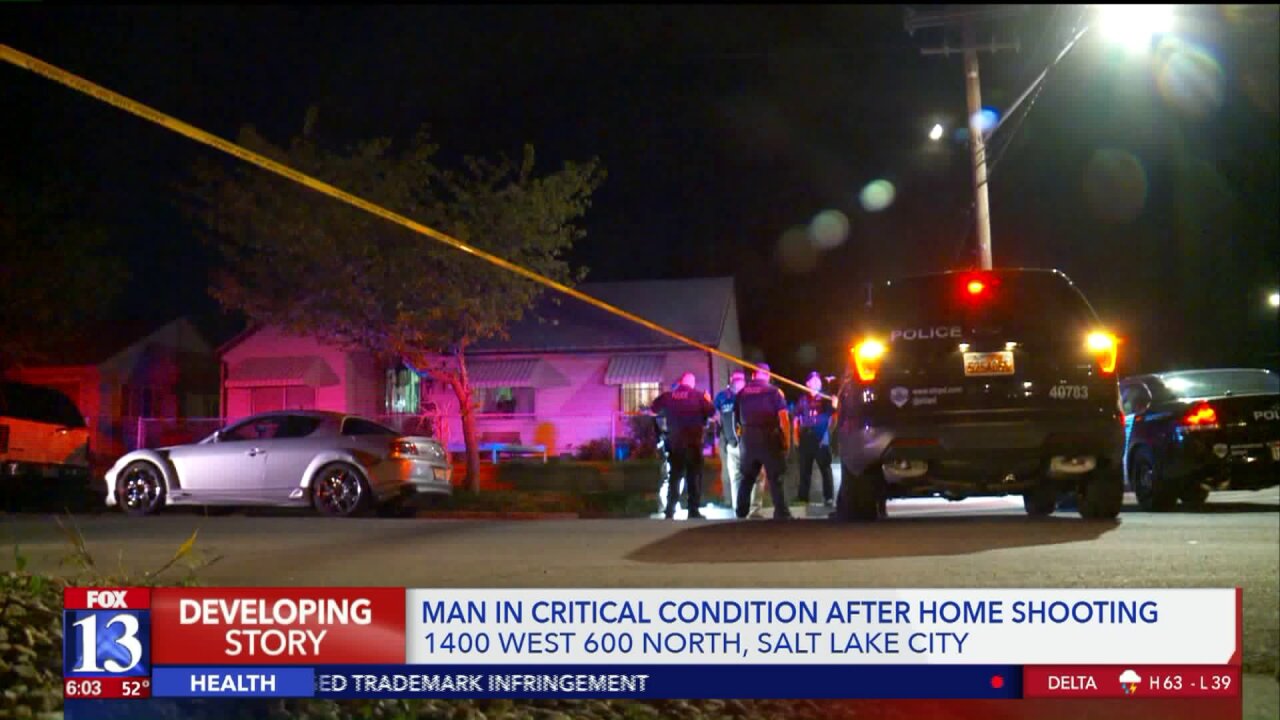 SALT LAKE CITY – Police are in search of a possible suspect after one man was shot, and a woman was possibly thrown down the stairs of a residence early Sunday morning.

The Salt Lake City police department responded to reports of a shooting at a house being rented out on 1400 West 600 North at approximately 12:30 Sunday morning.

Officers were not sure what happened before the shooting occurred but said one man was shot once in the arm.

An elderly woman and some children were also in the home at the time of the shooting.

According to police, the woman came into contact with the suspect and was possibly thrown down the stairs.

The male victim who was shot is in critical condition.

The woman who was possibly thrown down the stairs received minor bruises.

Police said there is a possibility of there being two suspects, but there was at least one that was seen wearing a mask.