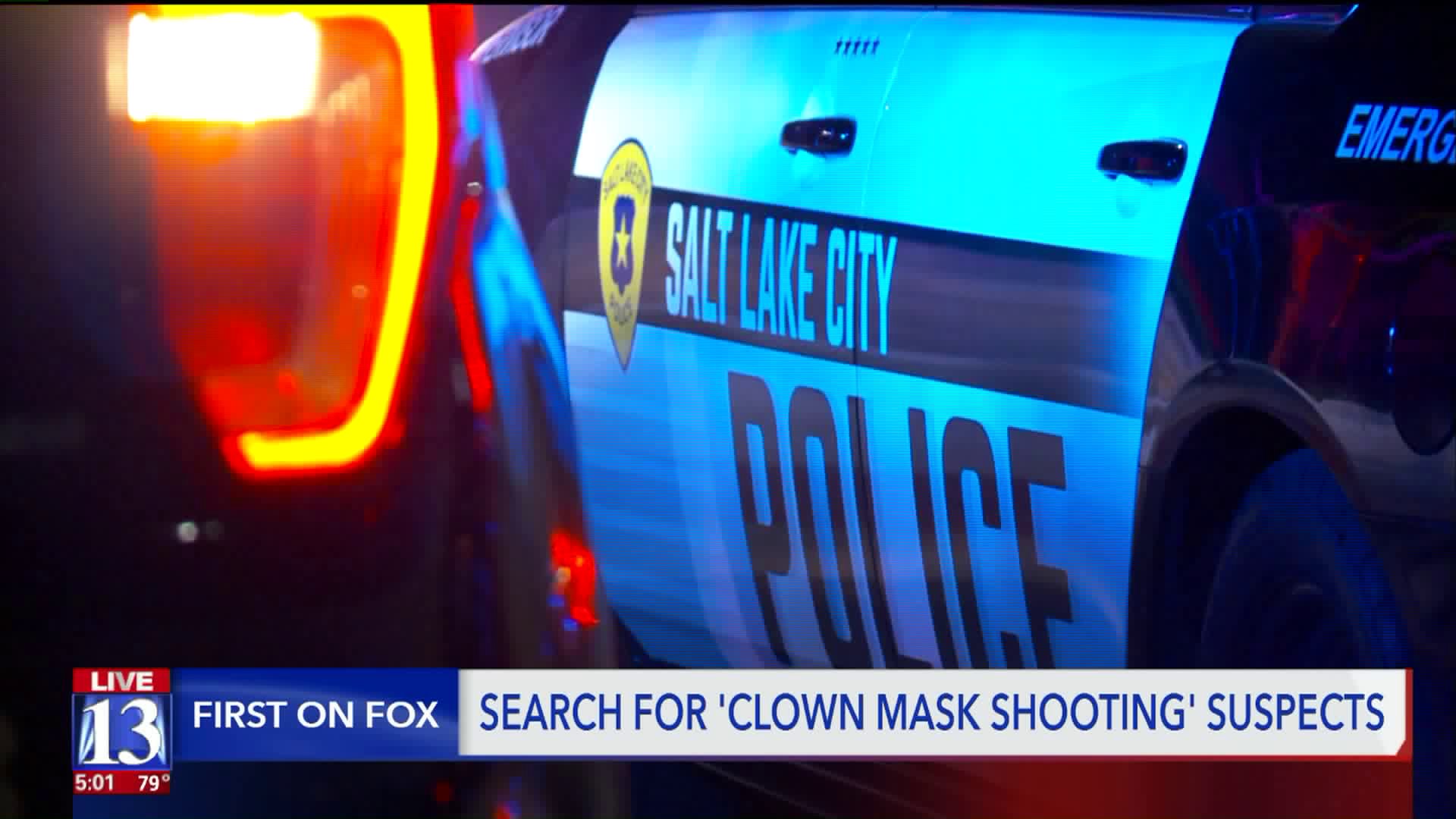 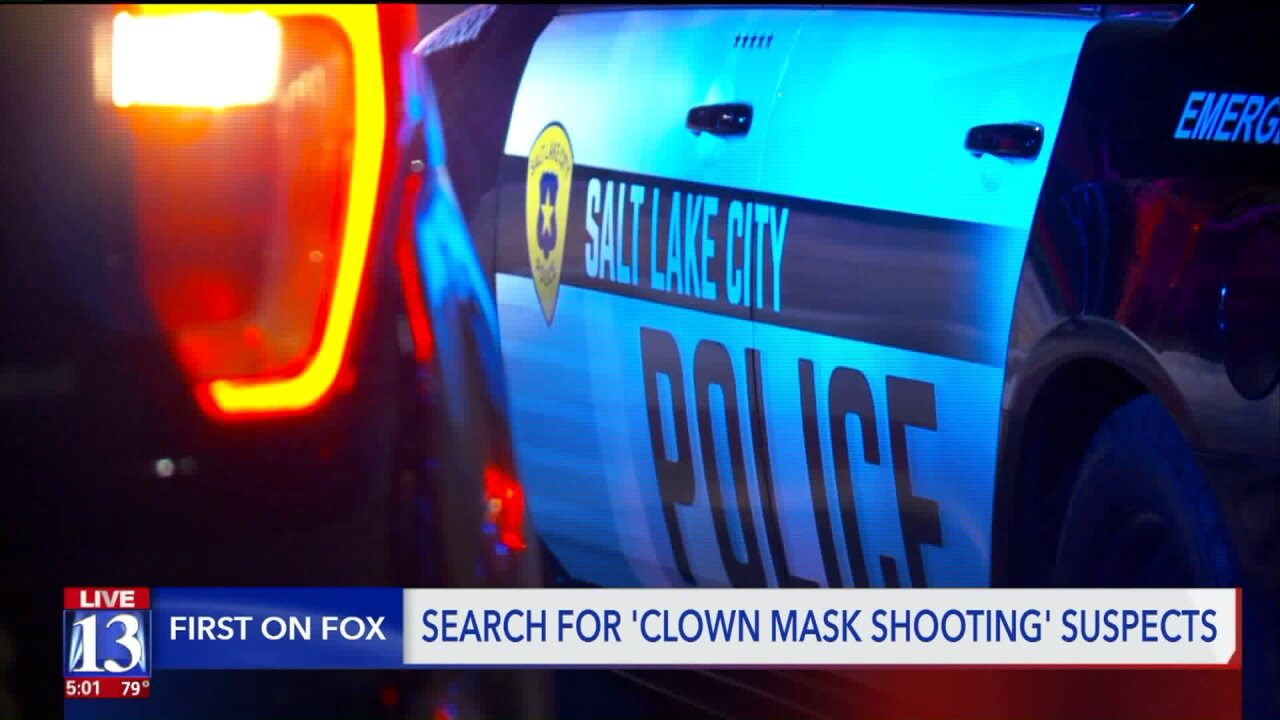 SALT LAKE CITY -- The Salt Lake City Police Department is looking for a group of men who invaded a home near 1400 West and 600 North early Sunday morning wearing clown masks.

One of the clowns shot a man inside the house, in front of the victim’s young children on Mother’s Day.

FOX 13 spoke to a grandmother who lives there. She said she started yelling at the clowns before one of them threw her down a steep flight of stairs, landing on top of her wounded son-in-law.

The grandmother asked to remain anonymous, still afraid after what happened to her family.

“My two grandsons, six and five, were right there screaming, ‘Please don’t shoot my dad again,’” the grandmother described. “They’re going to be traumatized for the rest of their life over this.”

The man was shot in the arm and went into surgery, in critical condition.

“It hit his artery,” the grandmother said. “I don’t know if he’s going to live or die.”

The grandmother said the clowns demanded money but left with nothing because the family didn’t have any money to give.

“I’m surprised they didn’t shoot me because I came at him like a ****ing mother bear,” she said. “They have no conscience… These two kids sitting here? What is wrong with you?”

The grandmother went to the hospital as well, with a black eye, a broken rib, and a bruised spleen. She said she’s sore, but not worried about herself, because her injuries will heal.

She’s not so sure about the rest of her family.

“They damaged my grandchildren for life,” she said. “They’re never going to forget that.”

SLCPD so far has not released a suspect or vehicle description, but they are asking anyone in the neighborhood to please share surveillance video or any information they might have about the case.