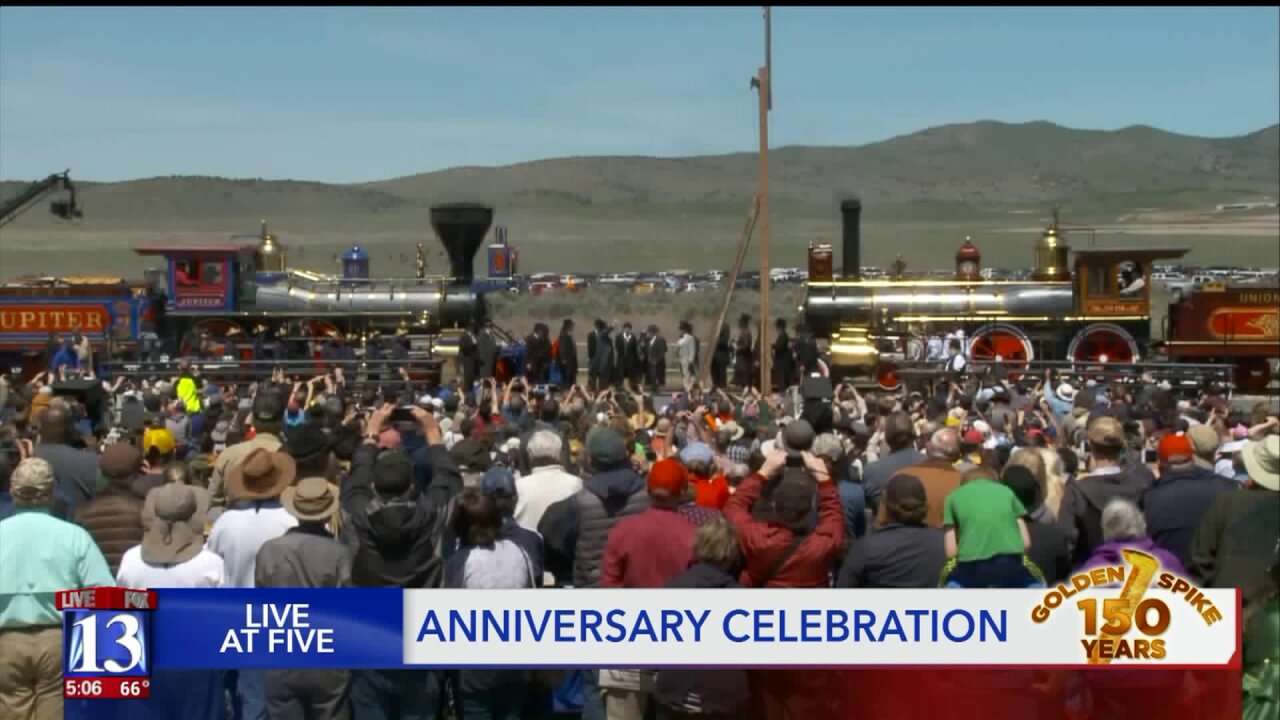 An estimated people from across the world celebrated the 150th anniversary of the completion of the Transcontinental Railroad at the Golden Spike National Historic Site Friday.

“It’s difficult to get so close, but I came here for the train event. I should paint the train,” Colton Wiscombe said.

The large crowd made its way onto Wiscombe’s canvas.

Susan Sodoma and her husband, Peter, dressed up for the occasion.

“We are very interested in the history of this period,” Susan said.

It took railroad workers seven years to build the massive project. On Friday, it took hours in stand-still traffic to reach Promontory Summit.

“This is the most people you’re ever going to see out here. We woke up this morning and we watched the line of cars coming in here. It was a parking lot,” Susan said.

Despite the wait, it was worth it to the thousands who archived the celebration.

While the Chinese workers were left out of the first celebration in 1869, 500 of their descendants came to Utah from to be honored in the Driving of the Spike Ceremony.

For more information on the 150th anniversary, please click here.