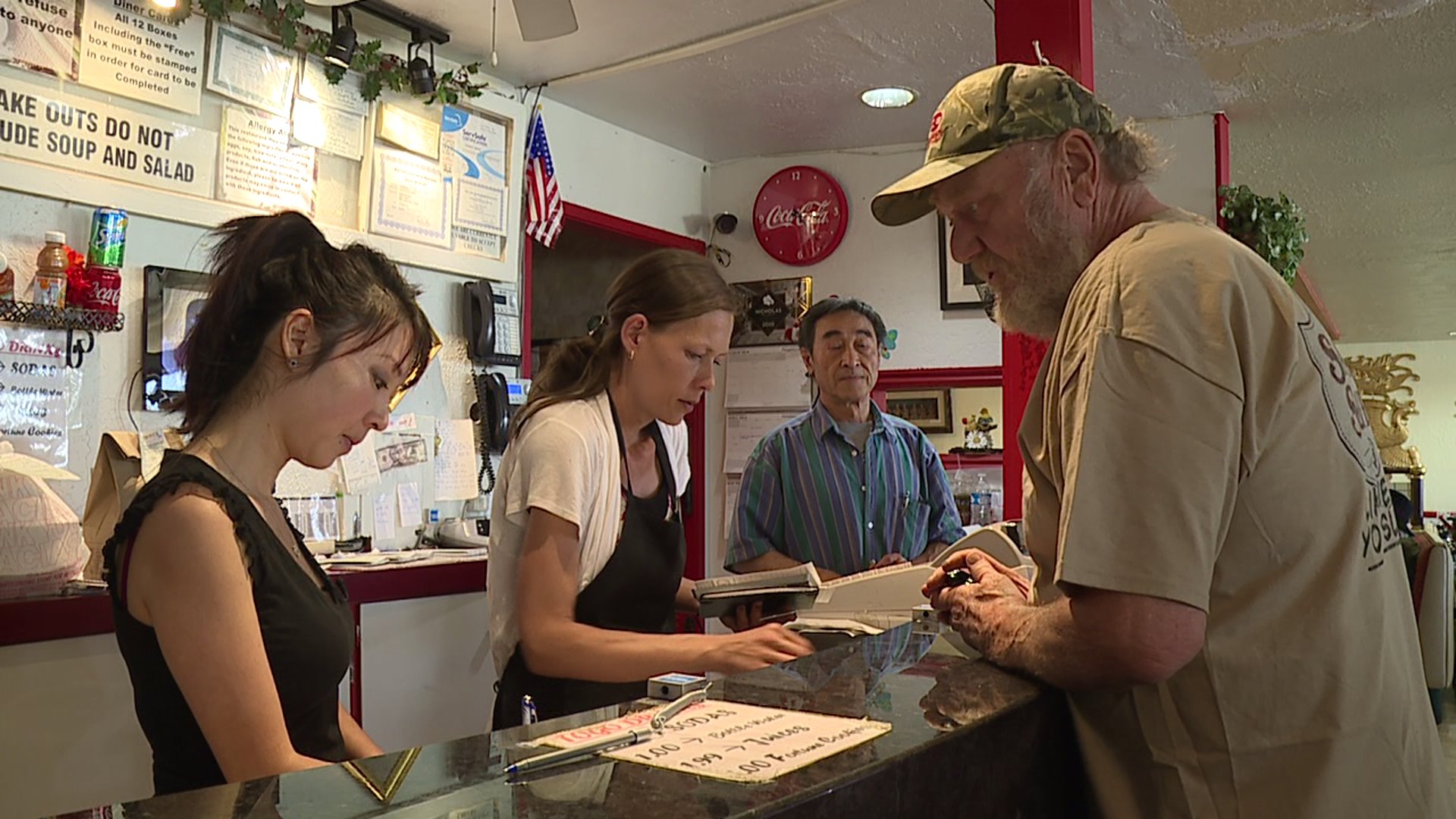 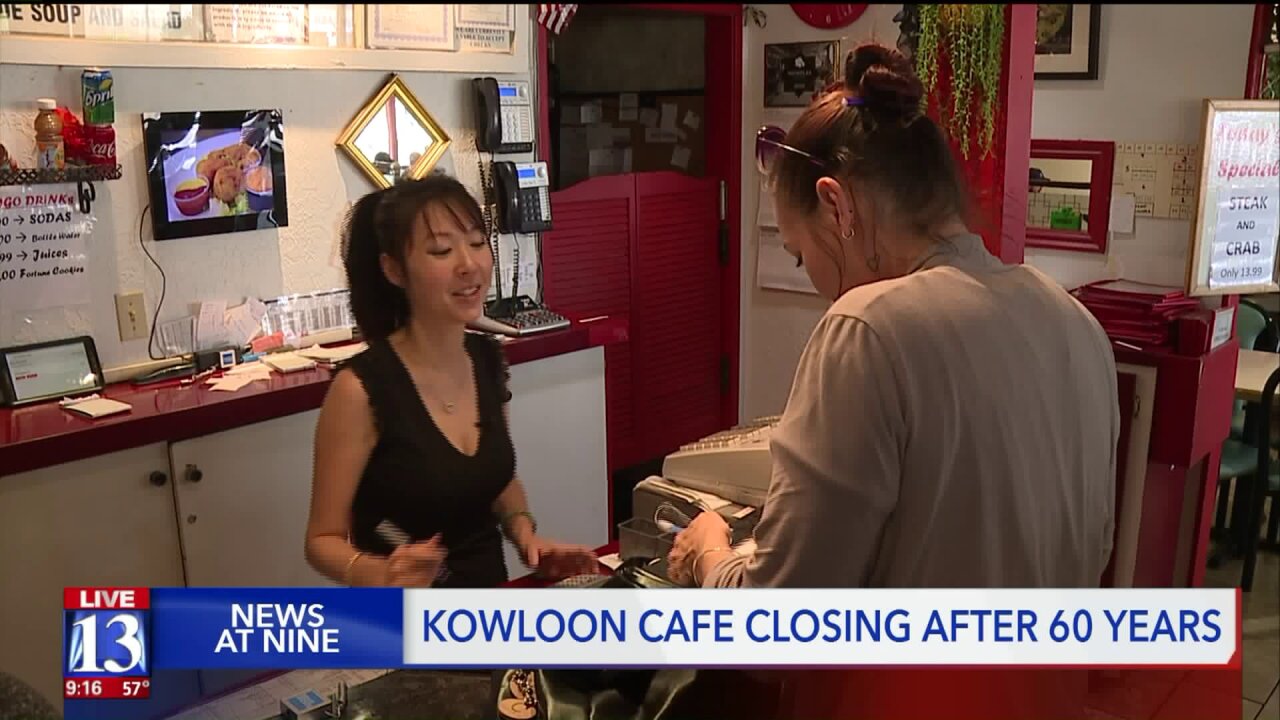 WEST VALLEY CITY, Utah – After 60 years of serving Chinese food in West Valley City, the beloved Kowloon Cafe is closing its doors. Loyal customers have been keeping the restaurant busy from open to close, ever since owners Raymond Wang and his daughter Connie Wang announced the closure a few weeks ago.

They've even run out of food on a few occasions.

On Friday afternoon, one day from the official closing date, people filled the lobby well before the dinner rush. The phone rang off the hook, and Door Dash orders flooded in.

The wait in the lobby for take-out orders spanned more than an hour. Yet people stood around, determined to go home with food from Kowloon Cafe one last time.

Terry Rice kept himself posted by the front doors.

"There’s nobody that makes paper wrap chicken like this place," he said. Rice also talked up the breaded veal cutlet, one of the establishment's cult favorites.

He said he's been coming to Kowloon since he was 14, and at one time worked there washing dishes. Rice said he used to go on dates at Kowloon and would also just "hang out with the guys."

Decades later, he still loves it.

Cheryl Loewenstein sat at a long table with her whole family, next to the bright windows in the dining room of Kowloon.

Like Rice, she's also been eating at Kowloon for too long to count.

"I couldn’t believe it had been here 60 years, you know. That’s a long time," she said. Loewenstein loves the food-- the spare ribs and red drop soup top her list of favorites-- but it's not just the food that she'll miss.

Kowloon Cafe holds a lot of memories for her.

"It’s one of our favorite places," Loewenstein said. "And we come here for a lot of family events." Events like her dad's birthday, and her niece's graduation.

Which is why it's fitting that she's here on a special day, for her last trip to Kowloon.

"It's my birthday," Loewenstein said. "Yay!"

She's even seen two proposals in the restaurant.

A couple who came in for their last meal told Wang they had gone on their first date there six years ago.

It's a bittersweet closure, but after 15 years of ownership, Connie said it's time.

Wang said business has slowed over the past half decade. Her dad is moving on to a new chapter in his life.

"He’s about ready to retire", Connie said, of her father. "He’s been here every day for years." Raymond Wang will now get to spend more time with his family.

Connie's preparing to take on a new business venture, by opening Tokyo Teriyaki in Midvale and in Sugar House this summer. She said they'll serve teriyaki rice and noodle bowls.

Wang knew many Kowloon Cafe customers by name as they came in to place orders, and she let them know they'll still be able to see her.

Connie handed a take-out order to a man named Alan, who had been patiently sitting, waiting for his final Kowloon Cafe meal.

Alan stood up and gave Connie a hug.