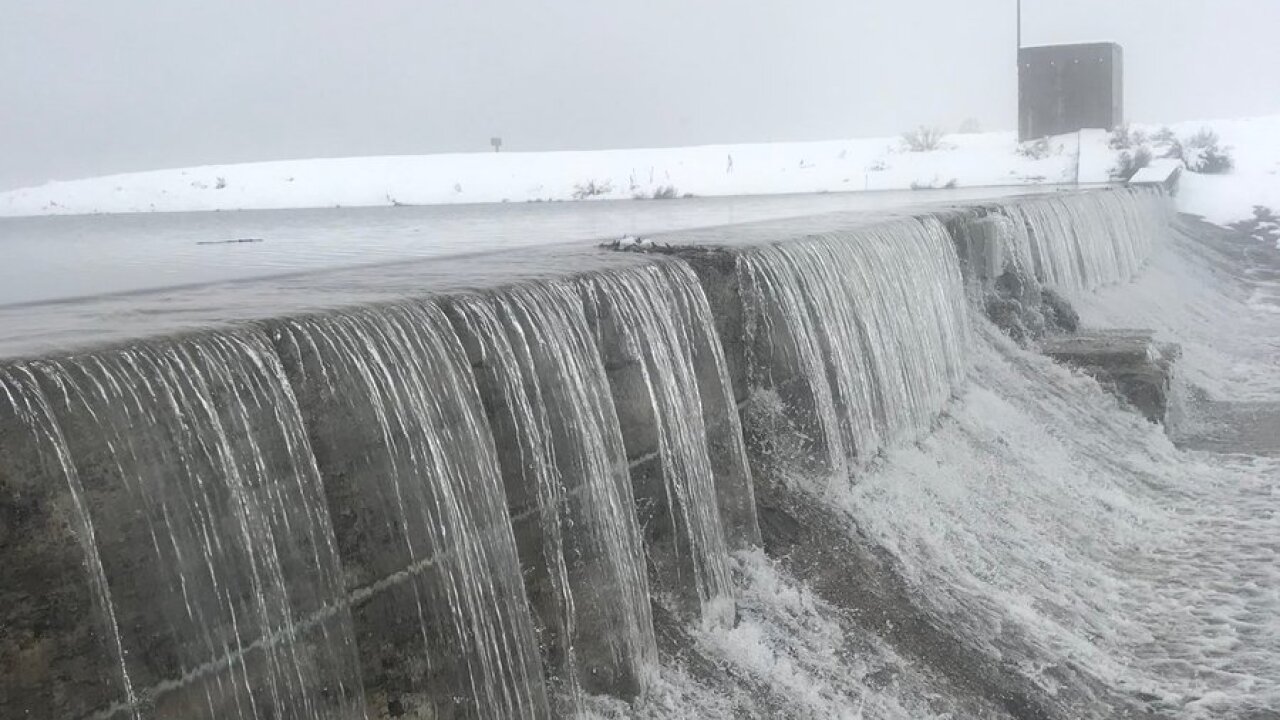 GARFIELD COUNTY, Utah – The Panguitch Dam is running over but the Garfield County Sheriff’s Office said it doesn’t mean catastrophic flooding is imminent.

Sheriff James D. Perkins Jr. said if the weather stays the same, things will be fine.

He added sandbags were prepared months ago and they are keeping an eye out on mountain snow and how quickly things warm up.

So far, things have been gentle, according to Perkins Jr., and he hopes it continues.

Panguitch Creek is full, so there is nowhere else for the snow to go he added.

That Panguitch Lake Dam has started to run over. This does not necessarily mean that we are in for catastrophic flooding. But it does mean we have lost some control over the spring thaw which so far has been mostly gentle. We hope that continues . pic.twitter.com/J9Dp2Xlxmn