What and Why with Max Roth Podcast: Why we justify bad choices, with Elliot Aronson 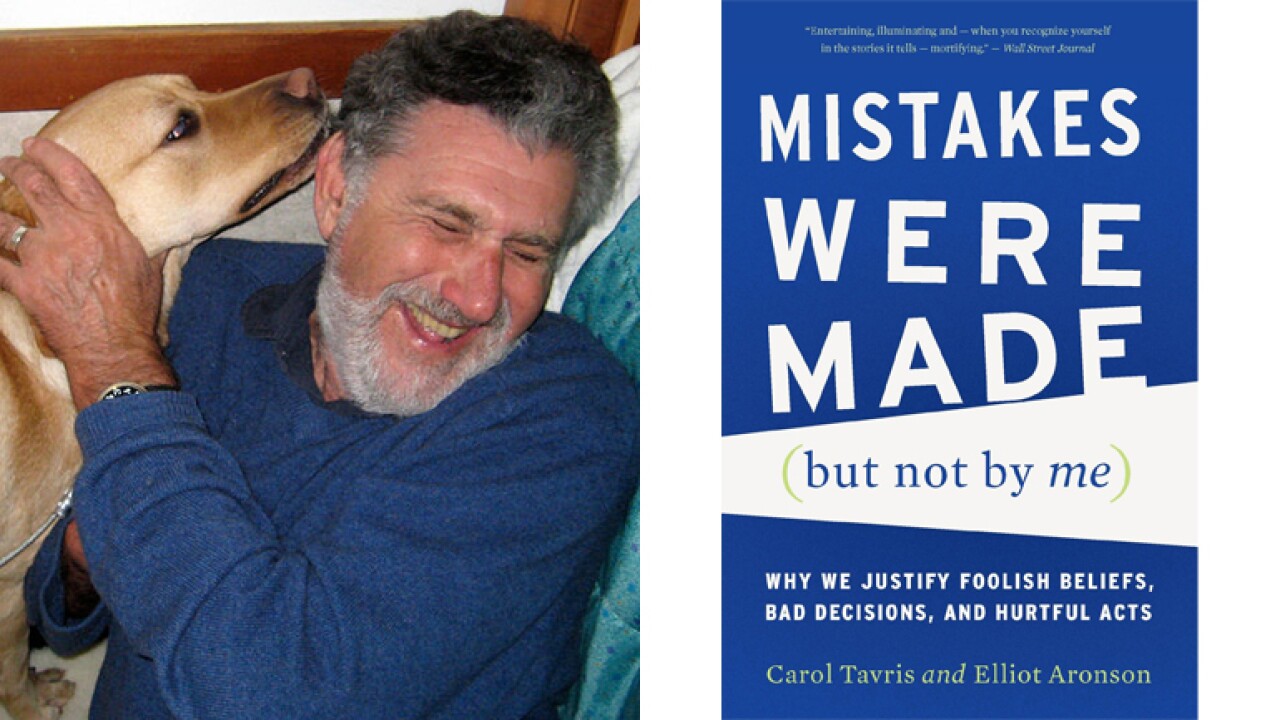 You’ve felt the pang…you believe strongly that recycling is important to cut down on resource extraction, but with no bin at work, it’s just too much to haul all the cans home.

You believe in taking responsibility for mistakes, but if you own up to scratching that car, it may cost you hundreds of dollars your family can’t afford.

That pang can be called “dissonance.”

In the book, “Mistakes were Made (But Not by Me)” Elliot Aronson and Carol Tavris say, “Cognitive dissonance is a state of tension that occurs whenever a person holds two cognitions (ideas, attitudes, beliefs, opinions) that are psychologically inconsistent, such as “Smoking is a dumb thing to do because it could kill you” and “I smoke two packs a day.”

Elliot Aronson has written too many books to list, and is one of the most honored and cited psychologists of all time. His co-author on Mistakes were made calls him the “father of self-justification theory.” Our conversation ranges from the political to the personal, and I mix in an interview I did with a Congressman who confronted me, saying I was ignoring facts. Hopefully you’ll find it as interesting as I did!