The return of ‘Big Boy’: historic locomotive arrives in Utah 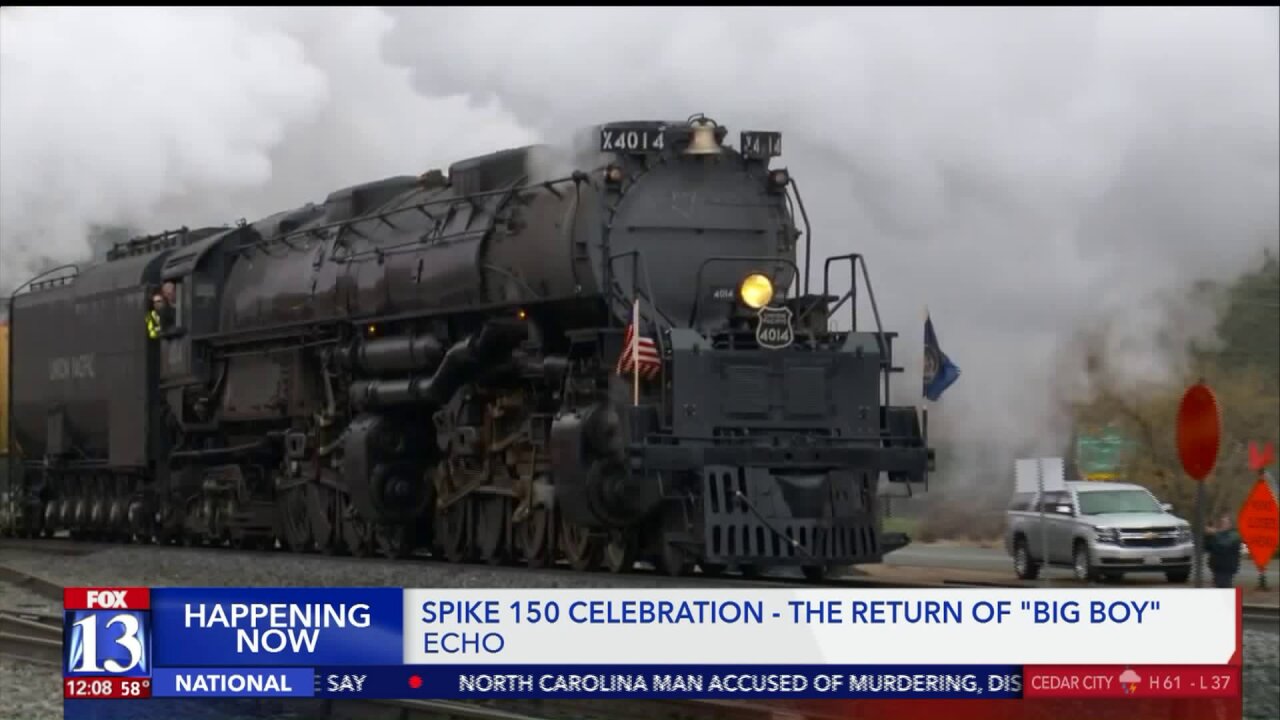 ECHO, Utah -- Hundreds of people gathered in the town of Echo in Summit County to see the return of a part of history.

The recently restored locomotive known as "Big Boy" made its first stop in Utah Wednesday morning to kick off the celebration of the 150th anniversary of the Golden Spike being driven.

Kids from elementary, middle and high schools in the area showed up to see the massive train and hear its loud whistle.

Leslie Holdaman even brought his kids all the way from Mesa, Arizona to see the train.

“I’ve always been fascinated with trains, and the fact to see this piece of history back on the rails and running, it's a once in a lifetime chance," Holdaman said.

Big Boy is one of the world's largest locomotives, and it is making its return to the railroad for the first time in six decades. It is considered the largest steam locomotive ever built, weighing about 1.2 million pounds.

The locomotive made its way from Evanston, Wyoming this morning, stopping in Echo before moving on to Ogden.

The historic event is leading up to the big celebration of the 150th anniversary of the Golden Spike with a festival happening at Promontory this weekend. The Golden Spike marked the completion of the Transcontinental Railroad, connecting both sides of the country.

“This is iconic," said Krachel Murdock, Summit County's community and public affairs coordinator. "It’s part of America’s past, and it's fun to be able to relive it.”

People at the event said they were glad to be a part of such a historic moment.