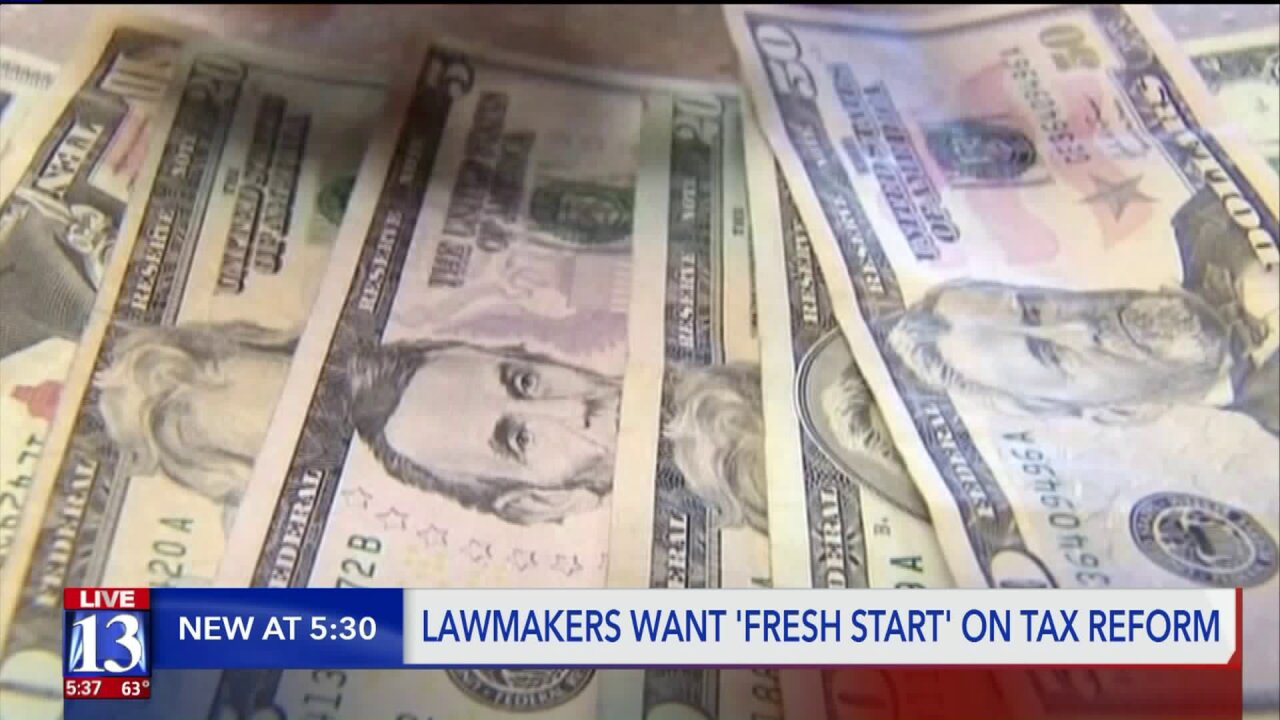 Income, property, sales taxes – nothing is off the table. But Gov. Gary Herbert, House Speaker Brad Wilson and Senate Majority Whip Dan Hemmert still faced pushback from members of the Utah Eagle Forum on Wednesday when they brought up the sales tax on services.

The three appeared at a forum organized by the conservative group, which rallied members of the public to oppose a massive tax bill earlier this year that imploded on Capitol Hill. The Utah Eagle Forum was the first stop in an effort to get public support behind tax changes.

The governor pitched his concept of broadening the tax base but lowering the rate you pay.

"The intent here, when it’s all said and done, is to give money back to the taxpayer so there’s actually a tax cut," Gov. Herbert told the crowd.

The elected representatives tried to explain the problem: Tax revenues that pay for essential government services from roads to education are actually declining. In order to keep funding these things, the entire tax code needs to be re-examined.

"We’re going to have a real problem investing in infrastructure and growth and education programs we need and other vital services within just 24-36 months," said House Speaker Wilson, R-Kaysville.

Utah Eagle Forum President Gayle Ruzicka told FOX 13 she remained opposed to the concept of a sales tax on services.

"People don’t want taxes on services. It’s harmful to the businesses," she said.

Ruzicka suggested it was time for a constitutional amendment to remove the earmark that makes income tax solely used to fund education. On Wednesday, lawmakers were not opposed so long as education was funded appropriately.

But question after question focused on the sales tax on service. It was clear that it was not popular.

"We are on fixed incomes. We do not have a lot to live on when we reach a certain age in this life and when those services are taxed? That’s going to be a great burden for the senior citizens," said Dora Schoenfeld.

Kraig Thorne said he supported some businesses being taxed, but not others.

Sen. Hemmert repeatedly assured the crowd that the bill they tried to run earlier this year was dead. He said there were a number of ideas being floated to reform Utah's tax code.

"We have property taxes, sales taxes, income taxes, and there’s a lot of ways you can modify and restructure those to try to achieve the goal of flexibility," he told reporters.

When FOX 13 pointed out the crowd did not seem to like the sales tax on services, he quipped: "Man, I don’t know anyone who is."

The legislature has formed a task force to travel the state and solicit public input on taxes. House Democrats have already had a few of their own hearings. Speaker Wilson said there was no push for a special session on the bill.

"We’re going to look at all the options and find the best path forward," he told FOX 13.