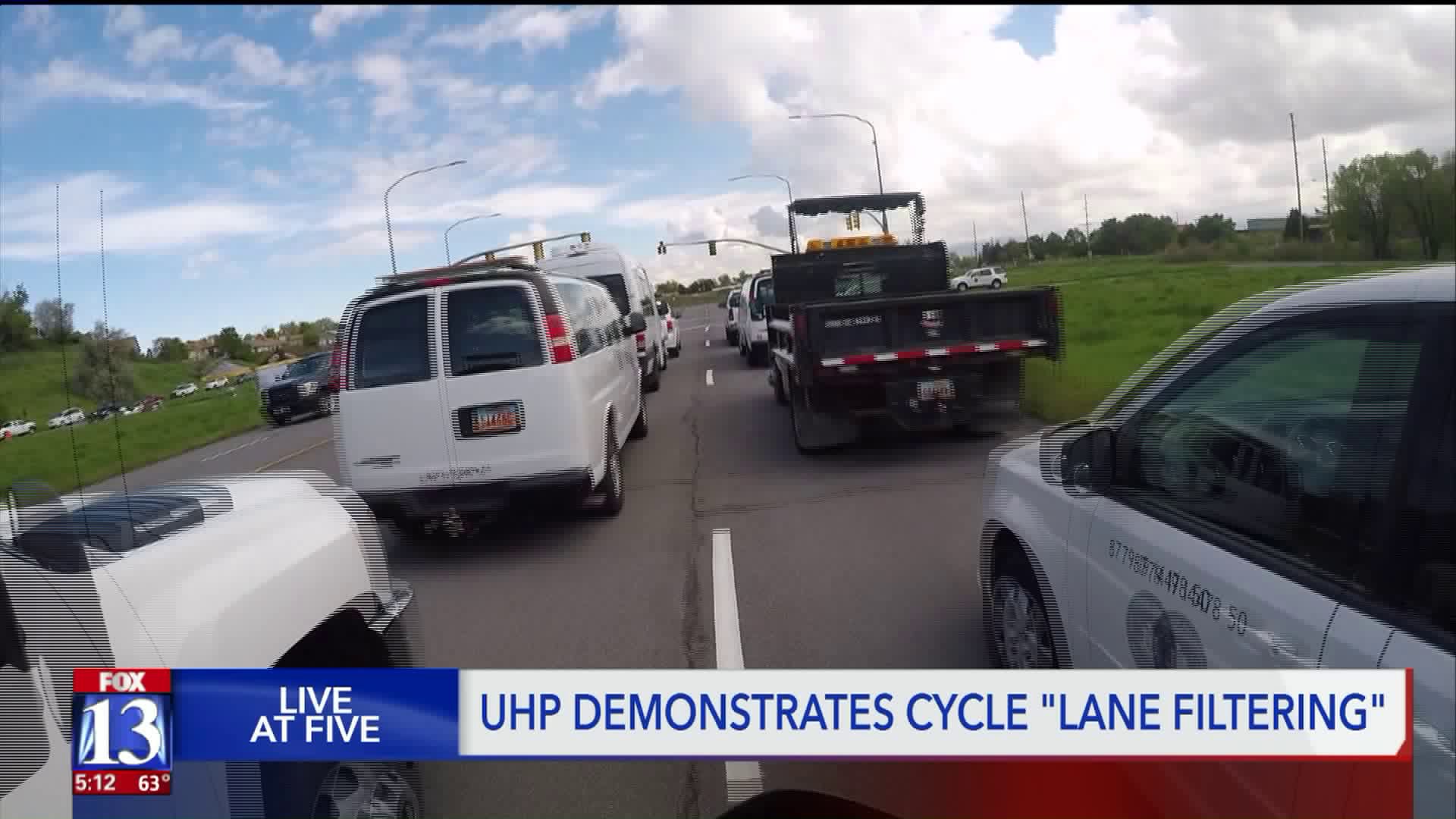 In anticipation of a new law that aims to protect motorcyclists from being rear-ended, law enforcement discusses the ins and outs of `lane filtering` and what it looks like when done properly. 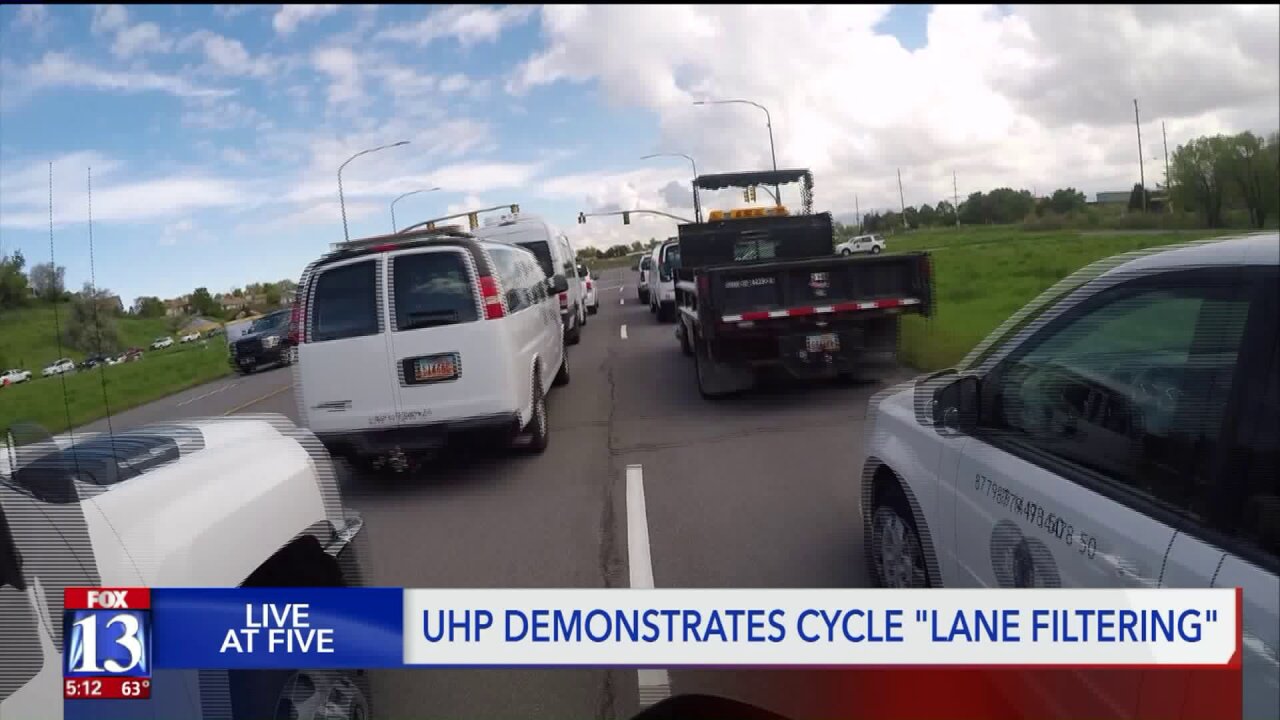 SALT LAKE CITY – In anticipation of a new law that aims to protect motorcyclists from being rear-ended, law enforcement discussed the ins and outs of ‘lane filtering’ and what it looks like when done properly.

“It actually improves traffic flow,” said motorcycle rider instructor Dale Bell. “It removes the motorcycles from the traffic mix and gets them out of the way.”

It’s called lane filtering. A practice, new to the state of Utah, that will allow motorcyclists to ‘filter’ to the front of traffic.

During a demonstration hosted by the Department of Public Safety and Utah Highway Patrol, Wednesday – motorcyclists could be seen demonstrating. Riding to the front of a stop light through two rows, stacked with stopped cars.

“The intent is not to be able to just move through traffic and not have to wait, the intent is to provide them a safety pocket,” said Sgt. Mark Thompson with the Utah Highway Patrol.

This legislative session, the Utah Legislature passed House Bill 149, making it legal for motorcycles to ‘filter.’

The law came in response to the 1,288-motorcycle involved rear-end accidents that took place on Utah roadways from 2011-2017, some of which were fatal.

“We’re more exposed at all times, way more exposed and more vulnerable,” said Bell. “On a motorcycle, when most riders get rear-ended, they’re on the ground.”

The idea is to give motorcyclists an extra layer of protection, where the cars on either side act as a barrier. But it can only be done by motorcycles on certain streets.

By law, the road needs to have at least two lanes of travel in each direction. It can’t have a speed limit over 45 mph, and riders can’t exceed 15 mph while filtering. Traffic also needs to be at a complete stop; once the light turns green the rider is meant to jump ahead of the cars and merge back into traffic.

“Above all, the movement has to be made safely,” said Thompson. “If they can't do it safely, even if those components are there, then we encourage them not to do it.”

There are some possible risks associated with filtering. Motorcyclists could think they have more space than they do. There could be multiple motorcycles trying to merge back into traffic, which would create congestion, and there is always the risk of someone else running a red light, posing a safety threat for the rider trying to jump out ahead.

For it to work, police said, both drivers and riders need to be aware of the change.

“There may be a learning curve for the drivers, and for them to understand it’s a safety issue and a traffic flow issue and not somebody just trying to get in front of them,” said Bell.

The law goes into effect Tuesday, May 14. The law is on a 3-year trial basis; on July 1, 2022, it will be revisited to see if it is working to improve safety and decrease accidents.