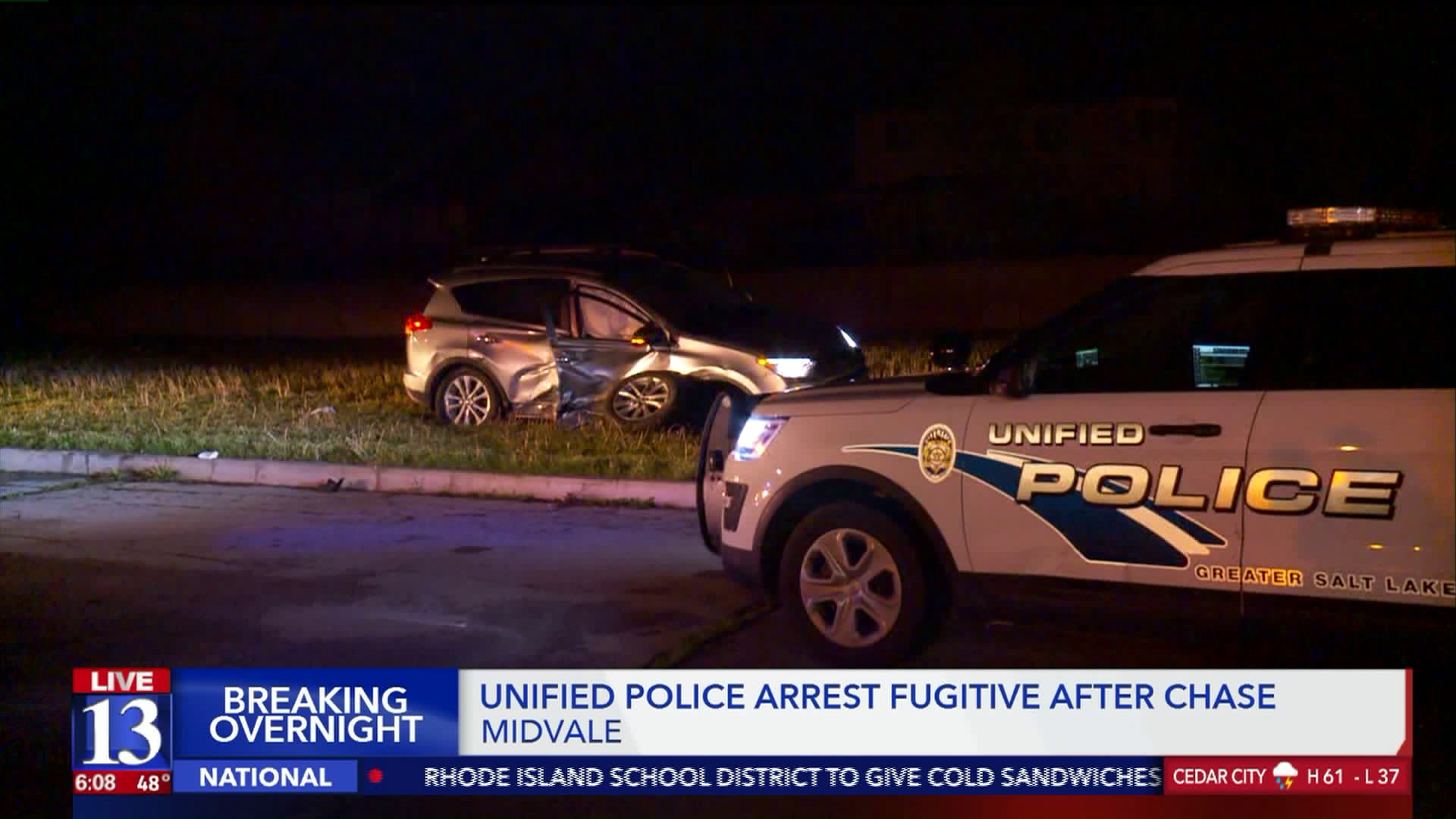 SALT LAKE COUNTY, Utah – A fugitive is in custody after leading police on a chase and ramming several patrol vehicles in the process.

The incident began around 11 p.m. Tuesday when officers with the Unified Police Department encountered a suspicious vehicle near the Chelsea Park Apartments on 7300 South near I-15.

Officers approached to speak to the driver, and he fled—running into two patrol vehicles in the process.

A chase ensued and ultimately ended in a church parking lot in Murray. Police took the man driving the car and a female passenger into custody.

A booking photo of Boris Moiseyev

The driver has a lengthy criminal history, according to police, and officers located a loaded gun in the car. He was later identified as Boris Moiseyev, a parole fugitive.

"The gun's loaded, ready for action, and so we took a dangerous criminal off the street tonight,” said Lt. Bill Robertson.

Police said Moiseyev faces two counts of aggravated assault on a police officer, felony fleeing, and possession of a firearm by a restricted person.

It’s unclear if the passenger will face charges in connection with the chase.