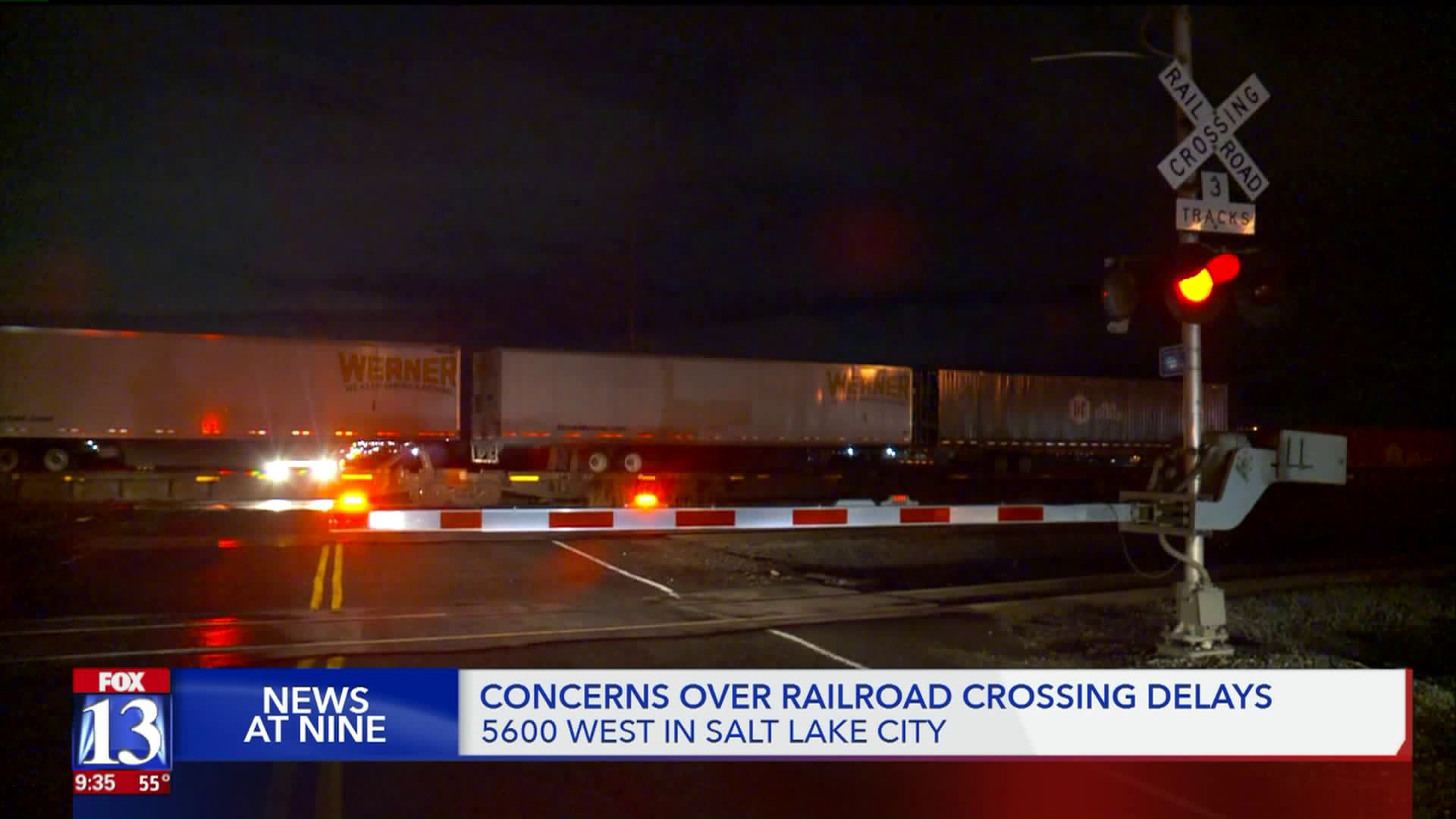 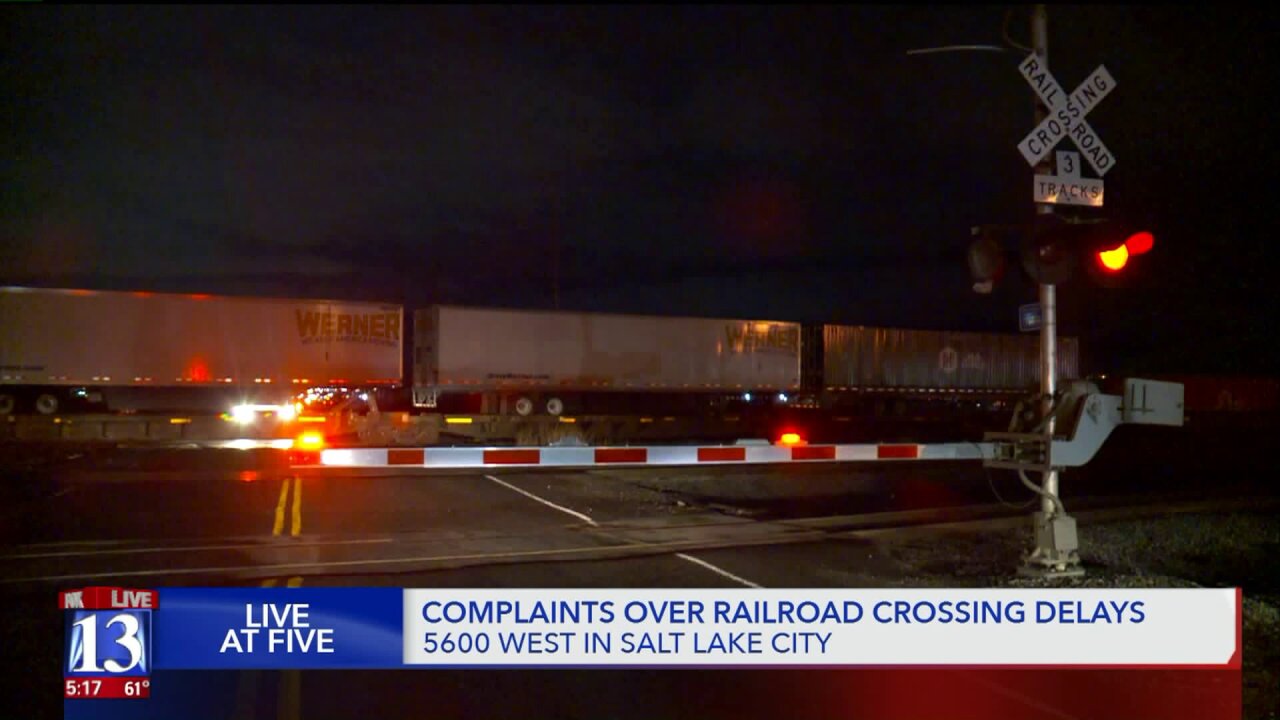 “It’s happened to all of us. Nothing is more frustrating than when you’re trying to get somewhere and you get stuck behind a train,” UDOT spokesman John Gleason said.

For people living or commuting on the west side of the valley the railroad crossing on 5600 West is often a choke point.

“It takes forever, I’ve been stuck there 30 minutes to an hour morning and nights,” said Alejandra Nai who commutes on 5600 West for work.

“Here we go again. They’ll just stop completely on the tracks even,” said Hutch Frederickson, another regular commuter on 5600 West.

Under Utah state law (41-6a-1204 Trains – Interference with vehicles limited) trains cannot delay traffic “...for a period of time in excess of five consecutive minutes…”

“There are a lot of exceptions to that rule. If the train is moving. If they’re switching. If it’s a safety issue,” Gleason said.

Fox 13 News Photojournalist C.J. Healy has captured video of trains blocking 5600 West for up to an hour.

In a statement, Union Pacific wrote:

“We know congestion on 5600 West is frustrating for drivers, and we apologize for the delays caused by trains. Union Pacific is working closely with UDOT to finalize an agreement to build an overpass, allowing vehicular traffic to cross over the railroad tracks. Once that agreement is signed, it will be up to UDOT to manage the project timeline. It is our goal to be a good neighbor as we export goods produced in Utah and deliver everyday items people rely on. We encourage anyone who experiences delays to contact our 24/7 Response Management Communications Center at 888-877-7267.”

UDOT says it is ready to go on a major improvement project on 5600 West which would include widening the road in places and putting in an overpass at the railroad tracks. But the timeline remains up in the air, pending final agreements with partners like Union Pacific.

“As soon as we come to an agreement with the railroad, we’re able to get going here,” Gleason said.