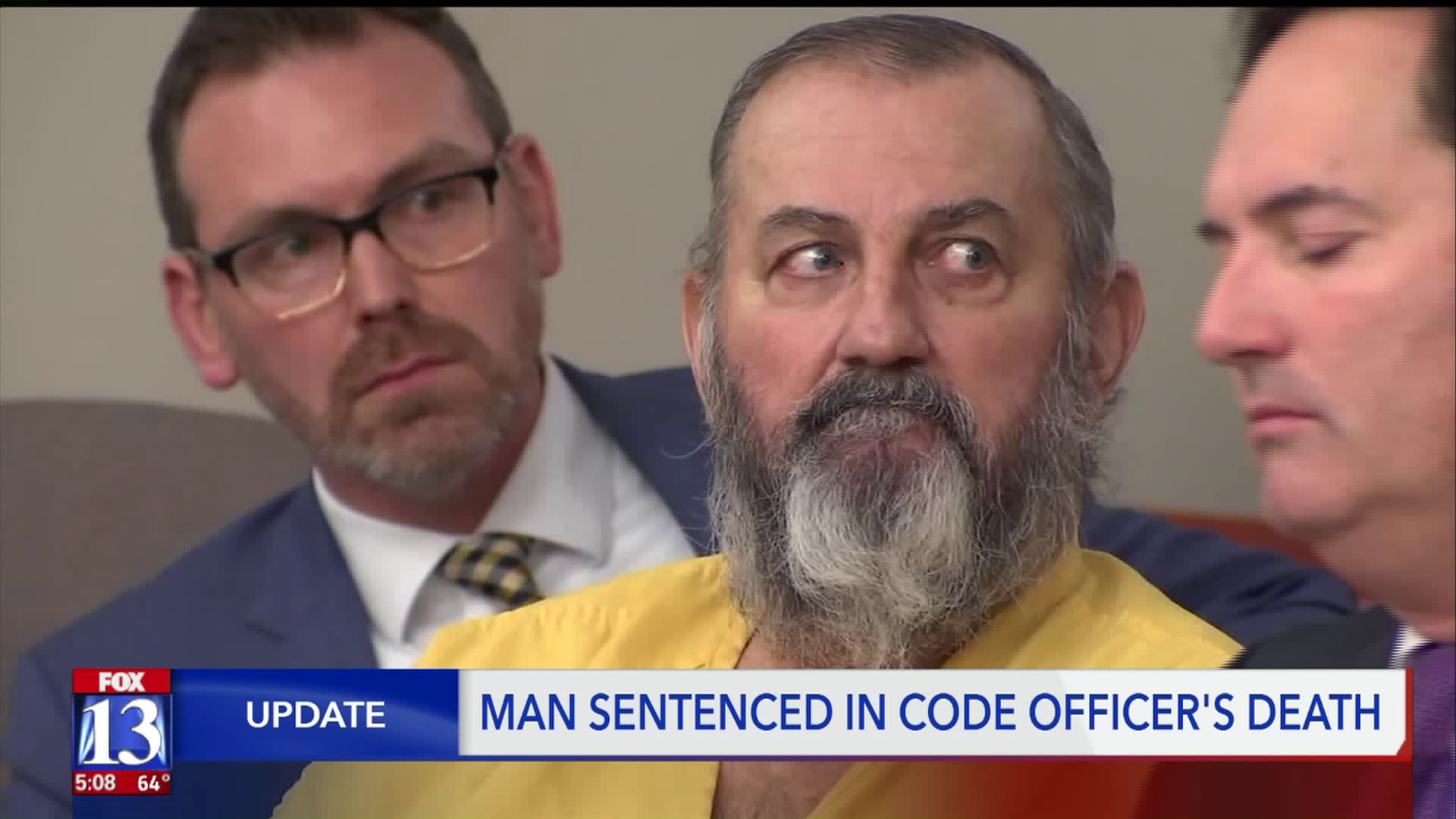 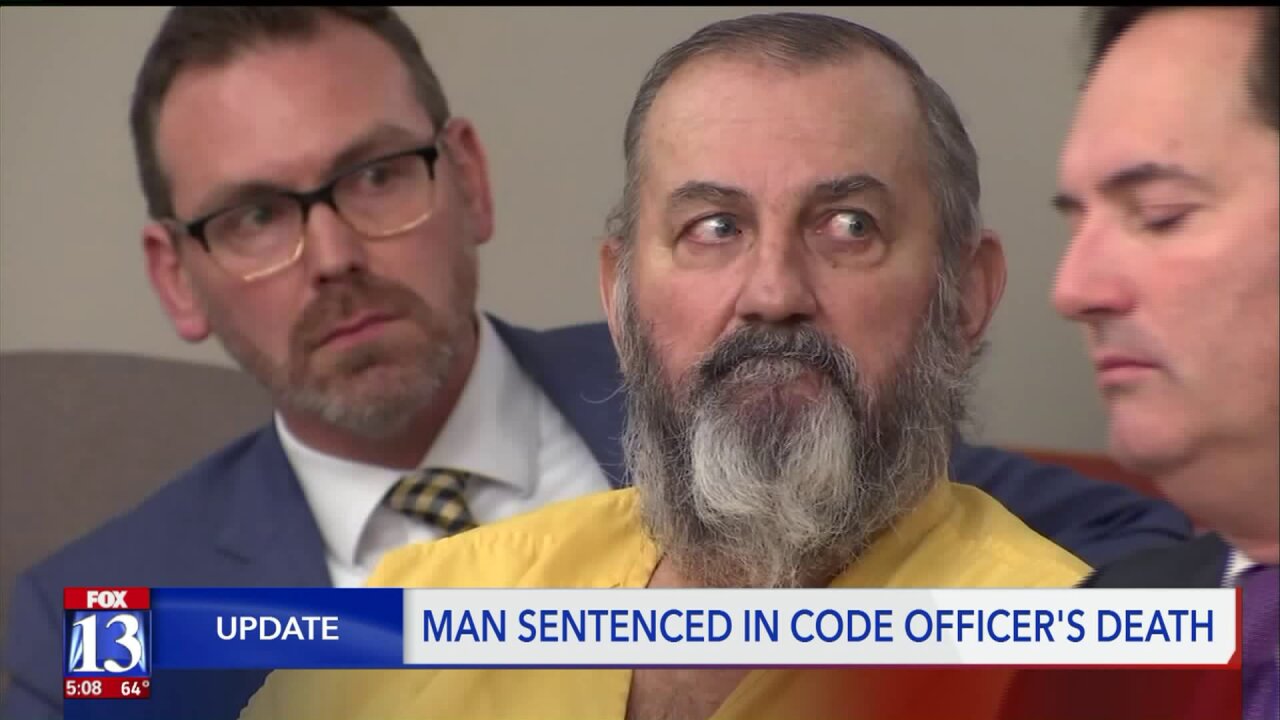 SALT LAKE CITY -- A man who shot and killed a code enforcement officer last August in West Valley City has been sentenced to life in prison without possibility of parole.

Kevin Billings walked into the hearing and got a few pats on the back from his defense attorneys, all of them expecting the sentence handed down by Judge Amber Mettler.

Billings admitted to the murder of 52-year-old Jill Robinson. He was upset because the code enforcement officer sent him a letter, telling him to clean up his yard. Billings lured Robinson to his house, shot her, and then burned her body in the car. Then he set his neighbor's house on fire, killing a cat and five dogs inside.

Jill Robinson's mother, Ronny Robinson, was the first to speak in court about how her life has changed.

"You just have this hole," she said. "I go to sleep at night and I can’t sleep and I wake up in the night, I think about her."

For the most part, Billings sat slouched down in his chair, looking down and away, avoiding eye contact with his victims' family members who spoke in court.

Jill Robinson's daughter, Jessica Knorr, looked Billings directly in the face, calling him a monster and a coward. She wanted him to receive the death penalty.

"I know a lot of my family is happy with him rotting in jail every day for the rest of his life, but for me it’s not fair," Knorr said.

Ronny Robinson said she knows Billings deserves worse than life in prison, but she didn't want to "take another person's life," especially if that would mean having to continue reliving the tragedy of what happened to her daughter at every court hearing.

Billings' defense attorney, Nick Falcone, said his client was very sad and remorseful, but "not well enough" to speak in court. Members of Billings' family were in the courtroom, but they chose not to speak on his behalf.

"He was smiling. He didn’t have an apology," Knorr said. "He was well enough to kill my mom. She was strong, and she was brave, and she would have kicked his ass. I wish she was armed with a gun and had a chance to shoot him in the face first, killing him. Better yet, I wish that monster would have just shot himself in the head."

Billings did break his silence during one brief moment during the hearing to interrupt one of Jill Robinson's coworkers.

"He can sit there and smile all he wants, but he took my friend away," the code enforcement officer said.

The murderer's lawyers then tried to quiet him down after the outburst.

"He said he was sorry, so he wanted to express that," Falcone said. "He's just not well enough to speak. He has several different problems, medical issues, that he's dealing with. We attempted to have him not talk."

Jill Robinson leaves behind more than just her family. Before she died, she left behind a piece of herself, saving the life of her brother Jaren Robinson, diagnosed with leukemia.

"Without Jill donating stem cells, I was told I only had six months to live," Jaren Robinson said. "I feel like I need to live my life to honor her."